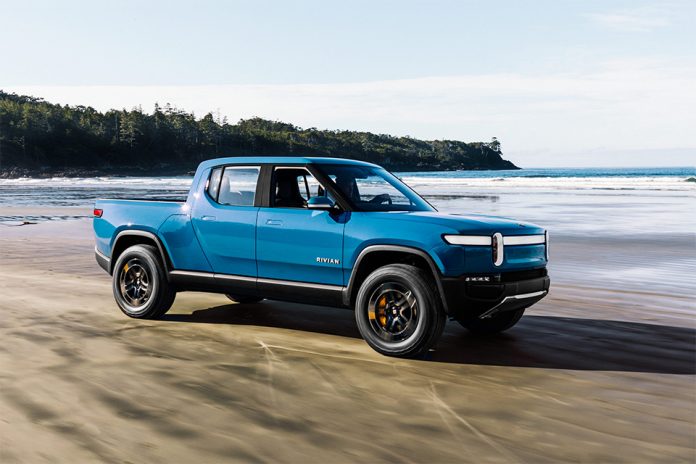 Nearly
all auto manufacturers have resumed operation after the Covid-19 pandemic
forced them to shut down production. They’re now busy assessing supply chain stability
and adjusting timelines to account for three months of lost time. For electric
vehicle startup Rivian, the shutdown delayed
the launch of its flagship vehicle—the R1T electric adventure
truck—to 2021. As cases of coronavirus continue to spike in several states, a
second wave could make hitting the new target a stretch for the Plymouth,
Michigan manufacturer.

Rivian
has yet to complete “Job 1,” the first vehicle slated to be built on finalized
machinery, which would signal that it’s ready to produce at scale. Rivian released a video of its
facility in April and there was still a lot left to complete,
including the conveyer belts and parts of the retrofitted paint shop, said
Matteo Fini, an automotive industry analyst for data firm IHS Markit.

Given
the state of the factory, which is formerly owned by Mitsubishi and located in Normal,
Illinois, a 2020 launch date would have been tight even for a seasoned
manufacturer, Fini said.

Finishing
the assembly line is just one of the major hurdles. The company still needs to ramp
up to full production of its truck—a process that can take anywhere from one to
four months. This means Rivian has until the end of the third quarter for a
market launch in 2021. If the company wants meaningful sales volume, getting up
to speed by summer is vital.

A bigger barrier, in
addition to the already challenging production goal, will be setting up retail
and delivery network during a pandemic, said Ed Kim, an industry analyst for
automotive research firm AutoPacific.

Rivian plans to have its own stores and there’s more to forming the network than opening a showroom. “They need to establish service centers, parts and a process for trade-ins all within the next 11 months,” Kim said. “However, expertise from investor Cox Automotive may work in their favor,” he said.

Even
established automakers experience production pain bringing a new vehicle to
market, and although Rivian has hired several veteran industry experts, it
could suffer the same assembly
line setbacks Tesla experienced while launching its Model 3 all-electric
sedan. And that before factoring in the health of the global economy.

The
state of Illinois, where Rivian’s RT1 plant is located, is operating
under Phase 4 of its five-stage reopening plan after a
several-month shutdown due to coronavirus. As the startup’s workers mask up and
return to the facility, their jobs could be impacted by coronavirus outbreaks
in other areas around the world.

There are 17,000 parts in an electric vehicle without considering fasteners and other bits and pieces. If a supplier of one of those parts in based in Germany or Mexico shuts down due to Covid-19, Rivian will have to find an alternative source for the same component. That takes time and could potentially idle assembly lines.

The RT1 Launch is Crucial

Although
delays are expected, inevitable and not necessarily alarming during a pandemic,
a lot is riding on the launch of the R1T, said Fini.

It’s
original 2020 launch date gave it a first-mover advantage. The later mid-2021 debut
still means it will be the first company debut an all-electric truck, but General
Motor’s GMC Hummer EV is due only a few months later in the fall.

Additionally, if a second wave of coronavirus or other unrelated production delay pushes Rivian’s R1T launch beyond May, it will brush up against Ford’s mid-2022 introduction of its electric F-150 full-size pickup. The release of Tesla’s Cybertruck is a wildcard; though manufacturing details surrounding its anticipated launch are scarce, 2021 is a target.

Even
with more competition in the “high-dollar electric pickup segment,” the startup
could still hold its own against founded automakers, Kim said. In addition to having
an attractive and futuristic product, its “upstart” brand works in its favor.

“Ford and Hummer products—as impressive as they
are likely to be—run up against the stigma of coming from mainstream auto brands,”
Kim said. “Ford has a ton of competency at building trucks, but in the end, it
will still be an F-150,” he said.

A well-built, affordable electric truck will
eventually have its place in the market, but right now Rivian’s value
proposition is novelty. “While mainstream customers need a truck, current
reservation holders want to make a statement,” Kim said, pointing to the continued
sales strength of Tesla’s Model 3 and Model Y despite competitive electric
crossover products from Audi and Jaguar. That’s proof that better-known
automotive stalwarts won’t clobber EV startups, he said.

That means Rivian’s real competition aren’t the
electric trucks from legacy brands—it’s Tesla’s Cybertruck. The Cybertruck is such
a polarizing product, however, it and may have trouble attracting a wide swath
of consumers.

The amount of buzz and excitement generated around
Rivian’s electric truck coupled with bleeding edge consumers’ eagerness to try
new products, the new entrant could end up taking up 25% to 30% of the high-end
electric pickup truck segment by 2023, said Kim.

Fini agrees that novelty is an exclusive selling
point: EV aficionados and early adopters want to have
something different to show off to their friends. “Those customers won’t be
super happy to wait, but they will have more patience than need-based buyers,” said
Fini.

Like Tesla fans,
Rivian buyers will still be there whenever the R1T launches.

How the COVID-19 pandemic disrupted the fly fishing industry