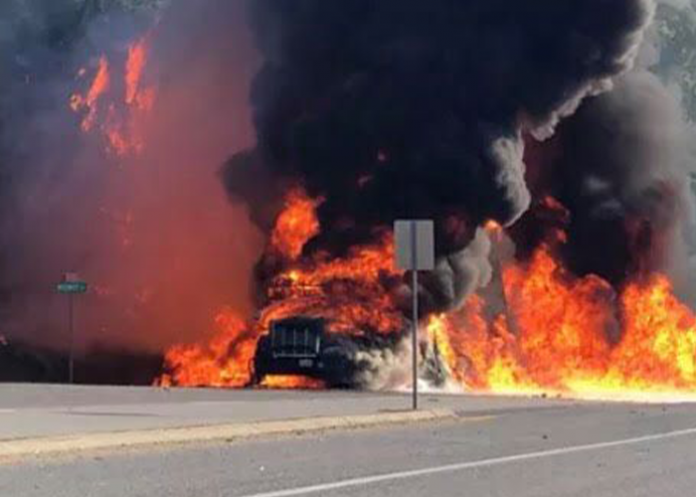 A tractor trailer carrying tiki torches and tiki fluid went up in flames on Wednesday, June 24 in Patrick County, Virginia.

The fire took place on Highway 58 Eastbound. Over 20 emergency crews across counties responded to the scene.

Due to the intense nature of the fire, crews had to take precautions before being able to extinguish the flames.

“Water supply was an initial issue since the closest water point was 6 miles away forcing a tanker shuttle operation,” the Patrick Springs Volunteer Fire Department said in their Facebook post. “This allowed the fire to gain momentum with the volatile fuel load.”

No major injuries were reported.

The Virginia Department of Transportation will schedule work starting the week of June 29 to remove and replace the pavement damaged from the fire. Repairs are expected to be completed by July 4.

Pennsylvania’s inemployment rate At 13.1 percent in May | Times Leader