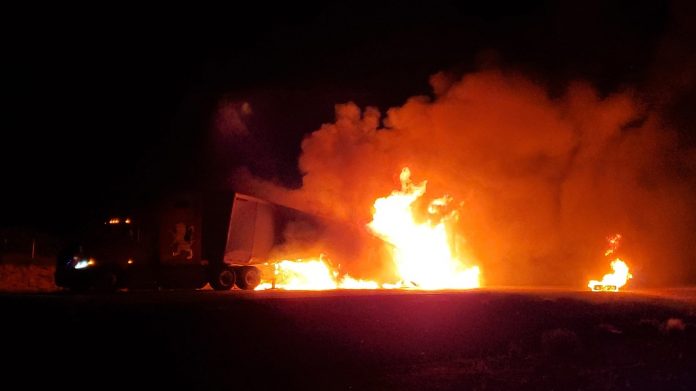 HUDSPETH COUNTY, Texas — A semi-truck that caught fire late Wednesday night backed up traffic for motorists traveling along a portion of Interstate 10 through Hudspeth County.

The truck caught fire along I-10 westbound near McNary after one or more rear tires apparently blew.

Heavy smoke caused visibility issues for both eastbound and westbound lanes along the highway, said Texas Dept. of Public Safety Sgt. Marc Couch, forcing troopers to temporarily divert traffic until the fire can be put out.

How to support Black businesses and creatives in LA | Daily...

Local church assists hundreds of families in need of food