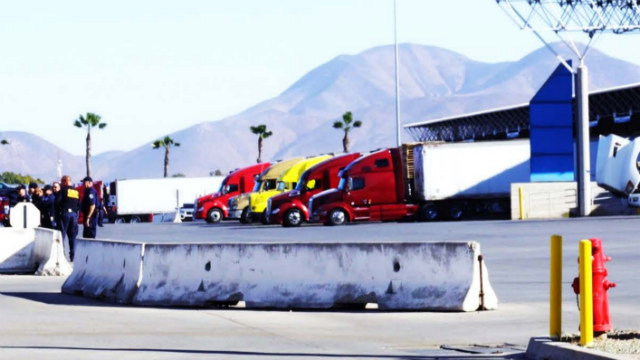 The Otay Mesa passenger border crossing is open 24 hours per day. SENTRI members will be able to use the Ready Lanes at the crossing, designated for travelers with RFID-enabled documents. This is a change to the passenger portion of the port of entry; there are no changes to the cargo/commercial facility at the port of entry hours, officials said.

On April 5, CBP officials announced changes to hours of operation at select ports of entry along the California/Mexico border, in response to decreased traffic volumes because of COVID-19 and restrictions against non- essential travel.

On April 20, the U.S., Mexico, and Canada agreed to extend restrictions on non-essential travel across their shared borders for an additional 30 days.

CBP officials have experienced a significant decrease in the volume of northbound traffic arriving at the Otay Mesa border crossing, with a 43% decrease in vehicle traffic and a 69% decrease in pedestrians in recent months.

“We had previously scaled staffing at the nearby San Ysidro port of entry because of significant drops in traffic volumes,” CBP Director of Field Operations for San Diego Pete Flores said. “Continued decreases in traffic has necessitated adjustments at the Otay passenger border crossing to minimize the risk of COVID-19 exposure to our workforce and to enable us to devote resources to combating the criminal element that may try to take advantage of the crisis to further their illegal enterprises, such as outbound inspections.”

Overall, there has been a decrease in northbound traffic at all the land ports of entry on the California border with Mexico. The week of March 2 compared to last week there was an average decrease of 52% in vehicle crossings for a daily average of more than 42,000 vehicles.

The CPB also experienced an average decrease of 76% in pedestrians crossing, with a daily average of almost 14,000.

In addition, last week, 90% to 94% of travelers entering in vehicles and on foot were U.S. citizens or lawful permanent residents, officials said.

Essential travel includes, but is not limited to:

— Individuals traveling to work in the United States;