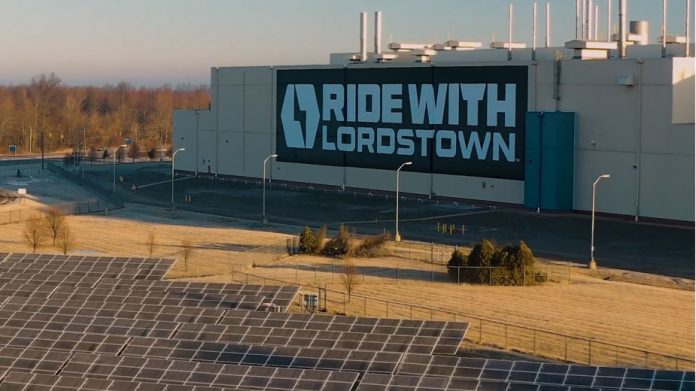 YOUNGSTOWN, Ohio – DiamondPeak Holding Corp.’s share price has nearly tripled since it announced its acquisition of Lordstown Motors Corp. in August, suggesting a drive among investors to get their foot in the door to what many see is a future boom market for electric vehicles.

DiamondPeak’s stock closed at $28 per share Monday, an increase of 173.4% since July 31, the last full trading day before DiamondPeak announced its acquisition Aug. 3.

The company’s share value soared more than 13% on Monday alone.

“It’s been on a tear over the last month or so,” said Ryan Glinn, financial advisor at W3 Wealth Management in Warren. “Folks think that the EV market is the next big thing, and they want to get in on the ground floor.”

DiamondPeak is a special purpose acquisition company, or SPAC. These companies are formed for the sole purpose of seeking another firm or business to acquire and then prepare to list it on a public exchange. Among its investors are some heavy hitters on Wall Street, as The Business Journal reported Aug. 12.

The acquisition between Lordstown Motors and DiamondPeak is expected to close during the fourth quarter and would be listed on the NASDAQ under the new ticker symbol “RIDE.”

Lordstown Motors is in the process of building its first product, the Endurance, an all-electric pickup truck that would first target fleet customers and then evolve into the consumer market.

The company purchased the former General Motors Lordstown plant in November 2019, which was idled in March of that year after GM ceased production of the Chevrolet Cruze. GM tendered a $40 million line of credit to the startup company so it could purchase and begin retooling the giant facility.

In August, DiamondPeak said it had raised $675 million to initially fund the operation, boosting the value of Lordstown Motors to approximately $1.6 billion in pro forma equity. GM contributed $75 million to the effort, which included its credit toward the purchase of the plant.

Glinn said there’s plenty of speculation in the market right now, but the electrical vehicle space is attracting a lot of attention.

“There’s one company, Tesla, but there are other companies trying to get their foot in the door,” Glinn said.

Nikola, for example, signed on with a SPAC and recently announced a major investment deal with GM worth $2 billion. Other EV companies such as Fisker have opted to go public through a SPAC. Shares of Spartan Energy Acquisition, which secured Fisker, soared 14.5% Monday.

Meanwhile, CNBC reported Monday on a report by Hindenburg Research, released last week, entitled “Nikola: How to Parlay an Ocean of Lies into a Partnership with the Largest Auto OEM in America.”

What’s interesting is that these newcomers – including Lordstown Motors – have yet to produce a single product for the market. Lordstown Motors in June unveiled its prototype in a ceremony at the plant that included Vice President Mike Pence.

Glinn noted that investors could be taking to Lordstown because the startup has several advantages that others do not.

“They have a plant and the capacity to meet production,” he said. “Some of their competitors don’t even have that.”

The lure of the EV market is also consistent with the broader appeal to the technology sector in general, Glinn said.

“The EV market is flashy and sexy in the tech space,” he said.

Trucking company at the centre of the highway smash that killed...