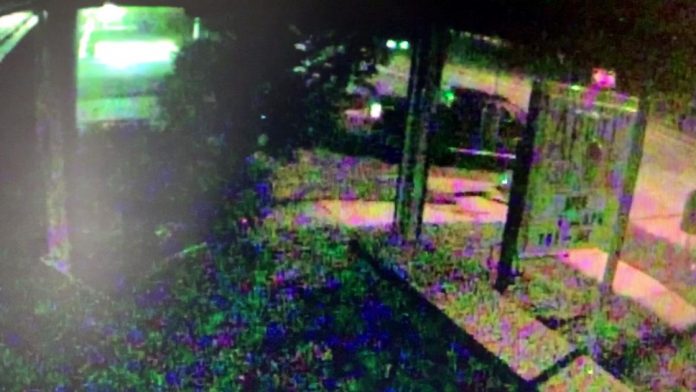 A 39-year-old Pontiac woman is hospitalized in critical condition with multiple injuries after it appears she was intentionally hit by a pickup truck during an altercation at a gas station Tuesday evening, the Oakland County Sheriff’s Office is reporting.

The driver is still at-large, and Crime Stoppers is offering a $1,000 cash reward for information leading to his arrest. He’s described as a white or Hispanic male who was driving a full-sized, extended cab vehicle.

The victim sustained skull, leg and rib fractures, the sheriff’s office said, and may not survive her injuries.

According to the sheriff’s office, It was at around 9:45 p.m. when deputies, Star EMS and a crew from the Waterford Regional Fire Department responded to the 500 block of West Huron Street in Pontiac where the victim’s boyfriend said he had witnessed the incident. His girlfriend had called and asked him to come to the gas station there as she was having trouble with a man. The boyfriend walked to the gas station and saw her in the alley with a pickup truck behind her, occupied by an unidentified male. The truck then accelerated rapidly and appeared to intentionally hit the woman, the boyfriend said, and then fled the scene heading west on West Huron Street.

Anyone with information is asked to call Crime Stoppers at 1-800-SPEAK-UP. Tipsters remain anonymous.

A trial date is set for two men charged with a March 18 murder at a Waterford Township motel.

A Pontiac man is facing a drug charge in West Virginia after police officers there reportedly found methamphetamine in his car.

Charges are pending for a 17-year-old Pontiac girl, lodged in the Oakland County Jail early Monday morning after speeding away in a car that h…