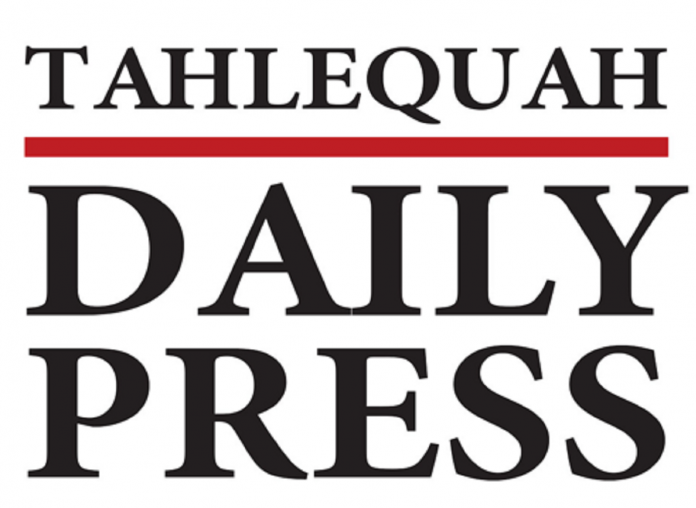 On Aug. 22, Deputy Jimmy Tannehill was notified of a “Be On the Lookout” (BOLO) by dispatch for 2011 Dodge Ram with an expired tag that was stolen from Tahlequah Terrace apartments. Tannehill was patrolling Macon Street in Park Hill, where he found the stolen truck parked in the street. He said there was a hose coming out of the fuel tank and asked Sgt. Jarrod Rye for assistance. They contacted the Tahlequah Police Department and advised them to call the owner of the truck. Cheyenne White confirmed it was his truck, but the keys were missing.

Deputy Shane Owens was dispatched Aug. 24 to East Willis Road, where he met with Daniel Dause. The complainant said he awoke to find holes cut to a screen door where latches were located. He said the holes were large enough for someone to reach through and unlock the latch that was holding the door closed. Dause said he noticed a utility cabinet on his porch was open. He said several bottles of liquor were taken, along with a bath towel. Dause said he assumed whomever took the bottles placed them in the towel to carry them out.

On Aug. 18, Deputy Nick Chute was dispatched to State Highway 82A to assist Cherokee Nation EMS on a medical call. Dispatch advised it was confirmed to be an unattended death of David Cole. His wife said they already contacted the funeral home and the medical examiner waived jurisdiction.

Sallie Rogers reported her 2002 Honda four-wheeler was stolen overnight on Aug. 24. Rogers said the vehicle was still on the trailer, where it was stored when she came home on Aug. 23. She said the vehicle is valued at $3,500.

Woman sues Boulder police over arrest, use of force