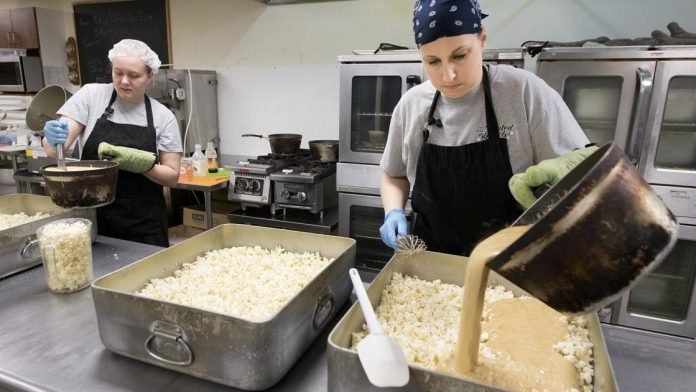 With Easter now a memory, McClellan and her crew continue to make “Quarantine” packages, which contain any family-sized bag of Koated Kernels, a party-sized bag of lightly salted popcorn, and three packs of Jolly Time microwavable popcorn, as well as two bottles of Sioux City-brand sodas, and two Twin Bings made at Sioux City-based Palmer Candy Co.

“As a way to limit travel, we added Sioux City Root Beer and the Twin Bings to make our store a one-stop destination,” McClellan said. “Seems to be working since, each day, we sell more and more ‘Quarantine’ packages.”

Like McClellan, Jackson Street Brewing’s Dave Winslow has had to be creative in order to keep his 607 Fifth St. business going.

Before the statewide emergency declaration went into effect, Winslow was able to sell his signature suds, mainly by the glass or growler.

Nowadays, Jackson Street Brewing customers can get their favorite craft beers in cans to be consumed at home.