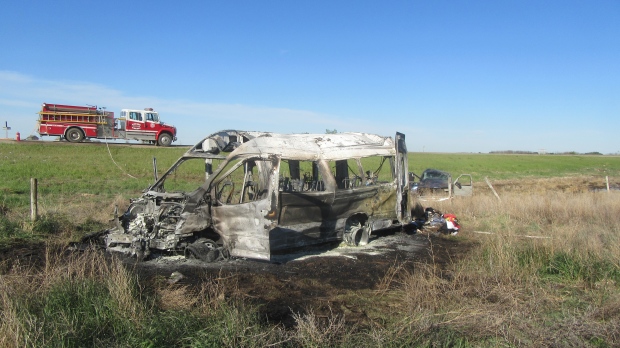 REGINA —
Six people were sent to hospital after a small passenger bus and a pickup truck collided on Highway 11 at Bethune.

Lumsden RCMP responded to the scene around 5:45 a.m. on Thursday. Police say the collision caused the bus to roll, ejecting one person from the vehicle.

Two other people were able to exit the vehicle before it caught fire shortly after.

The Bethune Fire Department arrived on scene and extinguished the fire.

Four people on the bus and the two people in the pickup truck were taken to hospital in Regina by EMS.

Police say alcohol does not appear to be a factor in the crash.