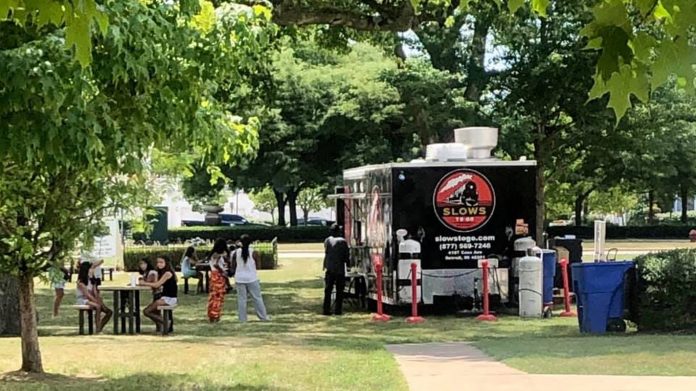 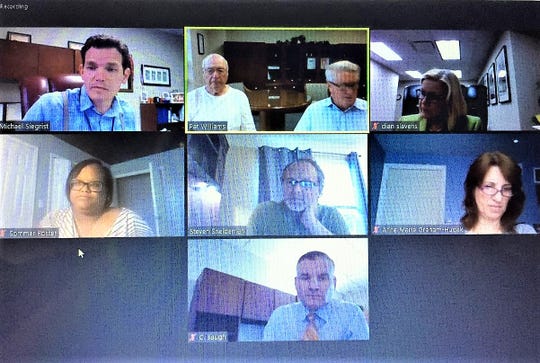 The licensing fee increases from the original $250 cost to $750 per month, and the food truck will only operate on Saturdays and Sundays, one day less per week than the initial license.

Slows will be allowed to sell food Friday through Sunday on Labor Day weekend, but on a pre-order, pick-up only format, with no truck on site.

Trustees voted 4-3 at their Aug. 25 meeting to curtail Slows’ weekend presence at Cherry Hill Village. A letter signed by six Canton restaurant owners was read prior to the Aug. 25 vote, explaining their displeasure with the $250 monthly license fee granted to Slows, which they argued, was gaining an unfair advantage given that brick-and-mortar eateries commit much more (financially and otherwise) to the community.

More: Nashville is next stop for 16-year-old fast-rising Canton singer/songwriter

Trustees Steven Sneideman and Anne-Marie Graham-Hudak voted in favor of the Slows extension after voting against it Aug. 25. Sneideman and Graham-Hudak, both of whom requested Tuesday’s special meeting, cited, among other factors, the lack of time to digest the Aug. 25 information (including the letter from the restaurant owners) prior to the vote.

The Slows extension item was a late addition to last week’s agenda. Trustees normally have up to four days to review information related to each agenda item.

The Slows To Go food truck’s debut at Canton’s Cherry Hill Village the weekend of July 24 was a huge success. (Photo: Courtesy of Michael Siegrist)

The brick-and-mortar vs. food trucks discussion sparked the formation of a special committee that will work toward establishing wording for a food truck ordinance in the township.

Twelve people sent letters or voiced opinions regarding the Slows issue during the meeting with 10 offering support for the extension of Slows’ license.