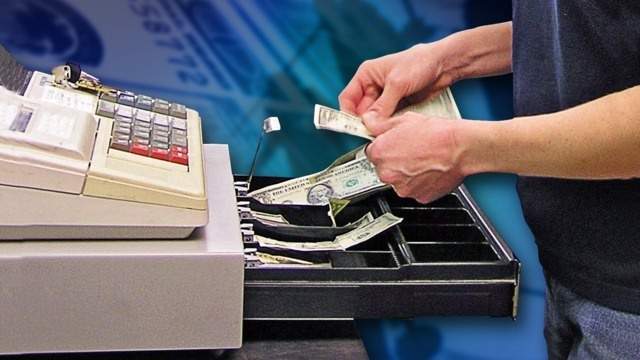 JACKSONVILLE, Fla. – When the Republican National Convention comes to Jacksonville in August, you can expect a lot of people to roll into town, and Mayor Lenny Curry says those people are going to be spending a lot of money.

“This is a tremendous opportunity for economic development,” Curry said at a Friday news conference where he answered question about Thursday night’s announcement that Jacksonville is the replacement site for the RNC, which was pulled out of Charlotte, N.C., after disagreements with the mayor and governor.

Curry said the impact could be upwards of $100 million for the local economy. So who will be making that money?

“It depends on where they are going to put us,” said Mike Daniels, owner of the PV Shack food truck. “If they put us too far, we won’t be able to get to the people.”

PV Shack’s food truck has only been in service for nine months. Right now, it’s parked in Hemming Park, but that could change come convention time.

“We are trying to figure out if the local trucks will be able to set up, what we can set up and where,” Daniels said.

Hemming Jewelers is across the street from the food truck.

“We’re not a destination, so it’s give or take,” owner Juan Gonzalez said. “It depends how many people are walking by the store at that point in time.”

A few blocks away is Casa Dora Italian Café, which has been owned by Freddie Ghobad for 22 years.

“I think it is going to be an excellent boost for Jacksonville, and we have to be careful how we are going to service them because of COVID-19,” Ghobad said. “It came at the right time for Jacksonville because we need to get going again.”

That’s what Curry said Friday also, adding that the convention will be a particular boon for local businesses trying to recover after having to shut down during the pandemic.

Jacksonville-based PRI productions, a full-service event company, was in consideration of being part of the convention in Charlotte, but president Randy Goodwin said when the pandemic hit, those conversations went silent.

“Now with it coming here and things getting back on track, a lot of the connections are there and we are now in conversations, but now because it is right here in our backyard, we are having further conversations and I hope that will continue,” Goodwin said. “I love Jacksonville. If you love Jacksonville, it’s going to be nice.”

But for some, the convention plans highlight fears because of the timing.

“I am more concerned because of the heightened anger that is coming along with this convention,” said Angie Nixon, who opened Natalie’s Nook and Candy Shop on A. Philip Randolph Boulevard less than two months ago.

Nixon, who has a 12-year-old daughter, is running against incumbent Kimberly Daniels for a spot in the Florida House of Representatives.

“I want them to know they really need to start coming to the community and listening to us,” Nixon said of the city’s leaders. “We should not just be an afterthought. We should be a stakeholder at the table having those conversations.”