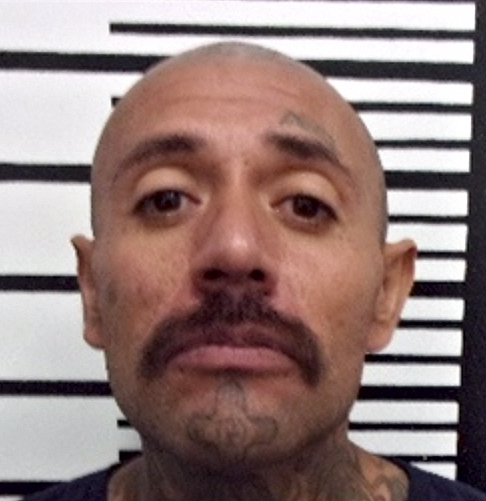 A violent ex-con with the gang name Whiskers landed in Albuquerque just as a new mysterious virus was creeping into New Mexico and elsewhere.

As residents were told to stay at home to prevent the spread of what became known as COVID-19, Tony “Whiskers” Gauna allegedly took to the streets to commit a string of crimes, firing a 9mm pistol during three crimes and even turning the weapon on a dog, according to a federal criminal complaint.

When all but essential businesses were shut by Gov. Michelle Lujan Grisham’s public health order, Gauna turned his sights on those stores still open, allegedly committing armed robberies of a dollar store, a Subway and a Walgreens in Albuquerque.

The weekslong crime spree ended with Gauna’s arrest on May 7 by Albuquerque police after he was found in possession of drugs and a stolen Ford truck. But what might otherwise have been a state prosecution of another repeat offender in Albuquerque took on a new dimension.

After his arrest, Gauna’s alleged 19-year allegiance to the “ultra violent” Syndicato de Nuevo Mexico prison gang as a drug smuggler and enforcer came to the attention of an FBI-led violent crime task force.

Based on his alleged membership and work for SNM, Gauna, 37, is now facing a federal racketeering conspiracy charge and five other counts. If convicted, he faces up 20 years in prison on the RICO charge. On Monday, a U.S. magistrate judge ordered Gauna detained in federal custody pending trial.

His defense attorney did not return a call on Monday.

The 19-page complaint against Gauna, originally from Vaughn, alleges:

During his first stint of incarceration at age 18, Gauna was recruited by the SNM, which formed in 1980 in the aftermath of the deadly riots at the Penitentiary of Santa Fe.

In the intervening years, he served as an SNM leader, disciplining gang members in a prison pod in 2013 “for failing to exercise, or for other minor violations.”

The next year, he went to a New Mexico Corrections Department anti-gang program, called Restore to Population, but was thrown out after prison officials suspected him of gang activities and he was caught selling drugs to other inmates.

Gauna, according to the federal complaint, walked out of state prison last year with a rap sheet of 10 prior felony convictions, including shooting at or from a motor vehicle, aggravated burglary with a deadly weapon, and possession of a deadly weapon by a prison inmate. In 2017, he was convicted of smuggling the narcotic suboxone into prison in Union County and sentenced to serve four years in prison.

After his release from prison in May 2019, he moved to Las Vegas, New Mexico, “where he communicated with other SNM members in the Las Vegas area to determine who was active and what the latest happenings with the gang were. He got updated on the latest rivals and threats, and found out ‘who had work.’ ”

By February of this year, he had moved to Albuquerque and begun selling heroin on the street. On March 2, he stole about $250 worth of clothing from a Burkes Outlet store in Albuquerque. When a security guard attempted to block his vehicle, his car hit the security vehicle and he escaped.

Later, he “sold some of the clothing to other SNM members and to other people who needed it.”

The complaint alleges that in a series of crimes that spanned from the South Valley to the far Southeast Heights, he shot a dog at an Albuquerque apartment complex on April 13; he robbed a dollar store two days later; and he provided a 9mm pistol to an SNM prospect at an apartment complex, where the prospect fired several shots into the front door of someone with whom they had been arguing. (The complaint doesn’t say whether the dog was killed.)

On April 30, he robbed a Subway on East Central at gunpoint, discharging the firearm.

Gauna on May 4 traded an ounce of methamphetamine for two stolen Albuquerque Police Department tactical vests, which were equipped with police gear, badges and police patches. He intended to use the vests for protection during armed robberies, the complaint says.

On May 7, he robbed a Walgreens store in Albuquerque at knifepoint. That same day, he was arrested by the APD after being stopped in a stolen truck and resisting arrest.

Spent 9mm casings were recovered at three of the crime scenes, the complaint added, and were matched via the National Integrated Ballistic Information Network at the APD crime lab.