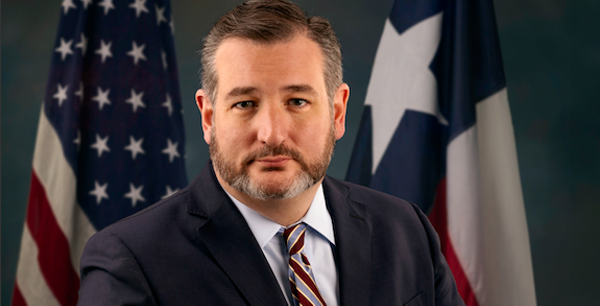 Even for famously acerbic Sen. Ted Cruz of Texas, this has been a banner week for bluster.

On Tuesday, the Republican lawmaker staged a committee hearing on conservative bogeyman Antifa that got so combative one of his Senate colleagues walked out. And, as if that wasn’t enough, he also found time to get worked up over ‘Muricans’ right to drive-ass giant pickup trucks and — in what appears to be his latest attempt to provoke a celebrity Twitter feud — accused Oprah Winfrey of spewing “racist BS.”

The Hearing: During a Senate Judiciary Committee meeting Cruz called Tuesday to purportedly throw back the curtain on Antifa, Cruz accused Democrats of “facilitating” street violence that occurred in some U.S. cities during police brutality protests. After understandable pushback from the Dems on that assertion, Cruz badgered Sen. Mazie Hirono, D-Hawaii, for roughly ten minutes, claiming she was afraid to denounce violent protesters. Finally, she left the hearing, calling out what may rank as one of the great understatements of the year: “Sometimes I don’t think you listen.”

Pickup Trucks: On Monday, Ryan Cooper, a national correspondent for news site The Week, retweeted a Sunday article from the Wall Street Journal about the danger huge pickup trucks pose to others on the road. In response, Cruz fired back that “blue check-marks are afraid of pick-up trucks.” Presumably, Cruz is using the term “blue check-marks” as shorthand for “liberal celebrities.” Never mind, though, that Cruz’s official account is also verified with one of those blue check marks.


Oprah Fight: After Winfrey dared discuss the concept of White privilege on her new Apple TV+ interview show “The Oprah Conversation,” Cruz on Tuesday blasted the Black media mogul on Twitter for being a lecturing billionaire. “What utter, racist BS,” he piled on.

Billionaire Oprah lectures the rest of us:

“You still have your whiteness. That’s what the term ‘white privilege’ is. It means that whiteness still gives you an advantage, no matter.”

And it’s only Wednesday, folks. Anyone want to bet that by the end of the week, Cruz will be back to challenging other people to wrestle Ron Perlman?

Stay on top of San Antonio news and views. Sign up for our Weekly Headlines Newsletter.

Aluminum Hand Trucks Market ,2019-2025 by Segmentation Based on Product, Application...

The Future Of Grocery Stores