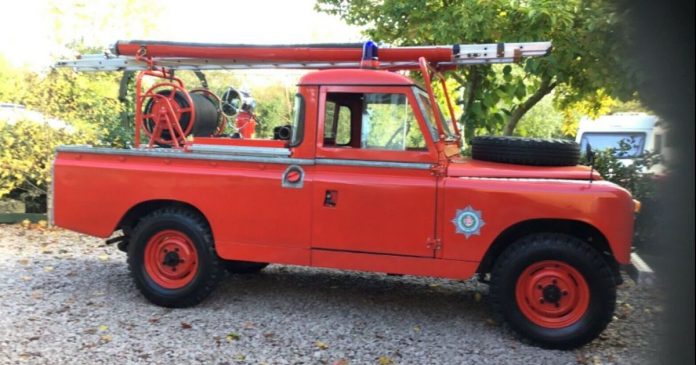 eBay can sometimes sell weird and wonderful items across the country and around the world.

From used clothes to vehicles to cooking utensils, there almost nothing you can’t get on one of the biggest bidding sites in the world.

Even Leicestershire Police use the auction site.

And if you are looking for something very unique, different and have a fair bit of spare cash – this might be the one for you.

You could own your very own fire truck – yes we’re not kidding.

According to the description, the owner has restored the parts of the vehicle such as nuts and bolts and comes with the original ladder and equipment installed.

It has three seats so plenty of room for you and your family members (if they want to join you) and has only had one previous owner.

However, you might have to have a spare amount of money saved up if you want to buy it as the bidding starts at £12,000 and you’ll have to collect it from the owner who lives in Melton.

But, according to eBay, no-one has yet bid on the vehicle yet so this could be your chance – but be quick as bidding finishes tomorrow evening.

If you want to find out more information about it, you can do so here.

GUIDELINES FOR SECURITY IN TRUCKING – A CHECKLIST