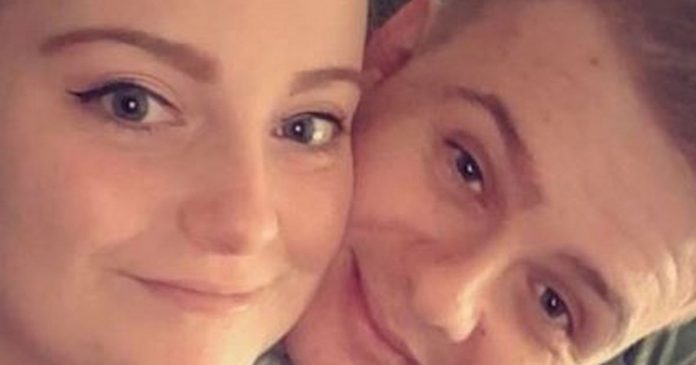 The Covid-19 pandemic has caused devastation across the UK, with the Midlands once one of the worst-hit regions outside London as the daily death toll continued to rocket.

Thousands lost their battles with the deadly virus, while their families and friends have been left crippled by grief.

But those lucky enough to survive the ordeal are struggling too, as they continue to suffer with debilitating coronavirus symptoms more than 100 days on.

One even said she still felt like she had been ‘hit by a truck’ two months after contracting the virus, as she was left wondering when the aftereffects would disappear.

Many also reported difficulty breathing – paired with constantly feeling weak and fatigued – months down the line as the lockdown measures finally ease up.

Mum Sophie Moody, 25, and her partner Zac Brown, 24, both suffered Covid-19 symptoms in May. But by the time they were tested, their result was negative.

Despite this, they both still suffer from a tight chest, fatigue and breathlessness.

She told BirminghamLive: “99% certain myself & my partner had it earlier this year, once symptoms had cleared I got a test & was negative.

“That was back in May, however we both still suffer from sharp chest pain/pins & needles, tight chest, fatigue and breathlessness. Makes you think you’re going crazy!”

A lack of smell or taste was another persisting symptom which seemed to affect Covid-19 sufferers even after recovery.

Matt Jones admitted his symptoms were mild at the start of April, but after recovering, his sense of smell had still not returned three months on.

And it was a similar story for many others including Susan Brennan Adams, who said: “I had loss of smell and taste, very achy and tired mid March. Still haven’t got taste and smell back to normal.”

A few said they had even lost hair weeks after testing positive for coronavirus, while others still couldn’t shake the persistent cough synonymous with the virus.

Samantha Bygrave, who was infected with the virus back in March, said: “I still get extreme tiredness and have lost a lot of hair.”

Anne-Marie Townsend also pitched in: “I was hospitalised with Covid end of March then had two bouts of pneumonia. Past couple of weeks losing lots of hair…”

Mandy Harding, who suffered from the virus for two months from April, wrote: “I’m 34 and otherwise healthy. Still now feel so weak and tired and can’t do exercise.

“Still feel like I’ve been hit by a truck. Will this feeling ever go?”

Other survivors reported ‘head fog’, joint pain and exhaustion as their immune system still tried to battle off the virus.

Adrian Bromley added: “[I have] problems breathing when I get too busy just come to a stand still, also can’t get rid of this cough!”

Suzanne Cleverley Smith commented: “Me and my husband are really struggling with little support from doctors. It’s causing us great problems with breathing, joint pain, weakness and exhaustion.

Troubleshooter: Does your pickup really need a bed cap?