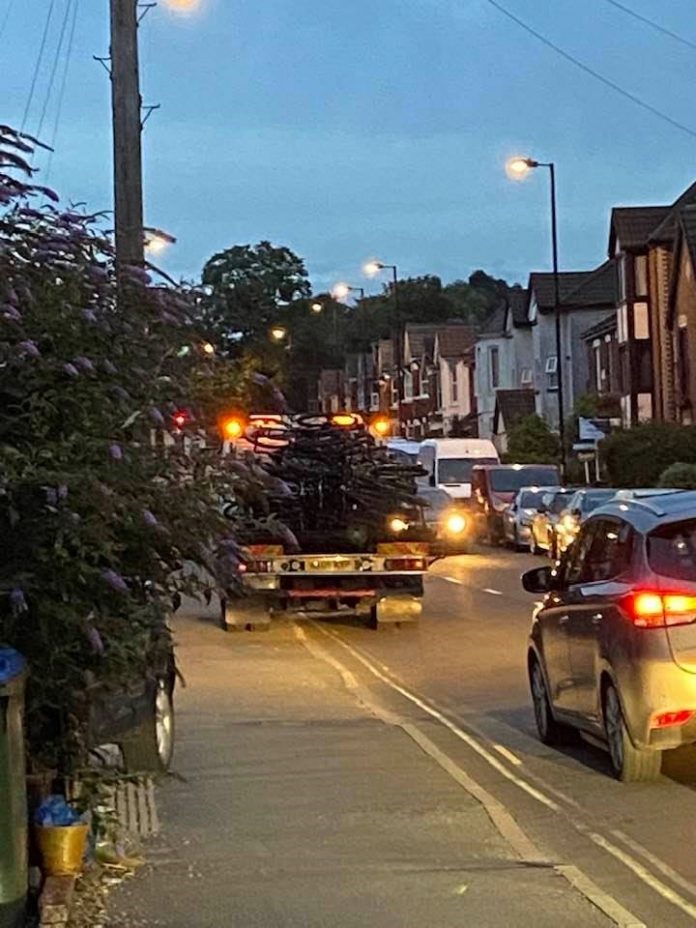 MORE than 40 bikes were discovered at a Southampton home as part of an ongoing police investigation.

Police took to a property on Bullar Road on Sunday after 48 bicycles were stolen.

A 20-year-old man was then arrested on suspicion of handling stolen property but was later released.

He currently remains under investigation.

Police seized the vehicles that were believed to be stolen and loaded them onto a truck.

Residents “could not believe” how many bikes were being seized at around 7pm.

One resident who lives nearby said: “A police car and van turned up with an unmarked car, then a recovery truck turned up and the police started loading up bikes from the garden onto the truck.

“I checked to see what was going on and they were still taking bikes out.”

While another said about six police officers were there, with two of them taking bikes out one-by-one.

She said: “I’ve seen all the bikes there across the road and wondered where they come from.

“I was watching out the window and saw them bringing bikes out one at a time, so I asked what’s going on.

“I couldn’t believe it, all these bikes coming out – it took them two and a half hours for them to pile them up.”

The resident added that officers were taking photographs of each bike.

Other neighbours wondered if their previously stolen bikes were on the truck.

A spokesperson for Hampshire Police said: “Officers attended an address on Bullar Road, Southampton, at around 7pm yesterday (26 July) as part of an ongoing investigation into the theft of pedal cycles.

“A 20-year-old man from Southampton was arrested on suspicion of handling stolen property.

“He has been released from custody but remains under investigation.

“A large number of bikes believed to be stolen were seized.

“Police have been told that some of these bikes were being advertised for sale online. Our investigation will look into this.”

Things go from bad to worse to arrest for hapless pickup...