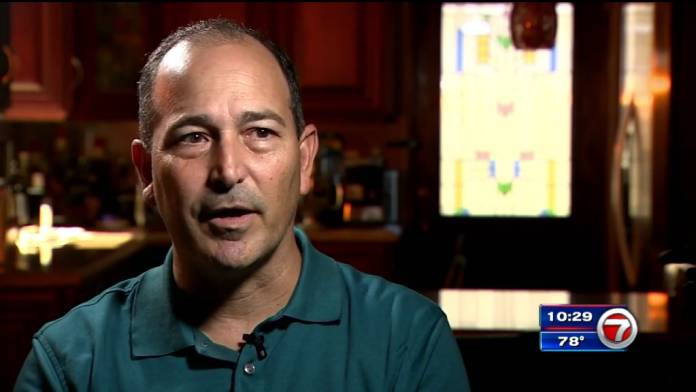 (WSVN) – He has two beautiful old vehicles that will soon be in a TV show. Both were rented to a movie studio, but that studio is now saying they made a mistake with the amount they promised to pay, and they are refusing to pay, so he drove in to see Help Me Howard with Patrick Fraser.

We met with Frank Rizzo back in January, back when you could spend time talking about cars and not the coronavirus.

Frank and his son have restored the pickup and this ’57 Bel Air.

It’s a great hobby for a father and son. Go to classic car shows, win awards and get the attention of movie and TV producers.

Frank Rizzo: “I was contacted, was Amazon Prime TV show ‘Marvelous Mrs. Maisel.’ It was a really great experience being filmed at the Fontainebleau in Miami. The engine back then almost looks like a little model car.”

After that, another show wanted to rent both vehicles.

Frank Rizzo: “And then, I received the request for a TV series that Warner Bros. is doing, ‘The Right Stuff.’”

The Warner Bros. TV subsidiary called Horizon offered to pay $6,000 to rent the Bel Air, and in a separate contract, $500 a day for the pickup. Frank said yes.

The attorney for Warner Bros. said Frank should have known it’s industry standard to pay a flat rate and not $500 a day like they offered to do in the contract. Not true says Frank.

Frank Rizzo: “And some of the other club cars, South Florida and stuff, and they were also being paid per day.”

Frank Rizzo: “And they said, ‘Absolutely not, and we will take you to court and defend ourselves, and you’ll probably get nothing.’”

Well, Howard, you probably rode in these classics when they were brand new, so I assume you have accumulated a lot of legal knowledge since then. Wanna share it?

Howard Finkelstein, 7 News Legal Expert: “Patrick, let’s be clear. I didn’t make As in law school, but in this case, this contract is unambiguous and clear. They drew up the contract. They agreed to pay $500 a day, and so they have to pay it.”

A spokesman for Warner Horizon emailed me, “Mr. Rizzo is relying on an unfair and unreasonable reading of the contract, which would result in a windfall in his favor. Warner Horizon has been trying to resolve this matter with Mr. Rizzo for many months and have made him a fair offer.”

Howard Finkelstein: “Frank has a great case if he wanted to sue, but here is the problem: the contract forces you to submit to binding arbitration in Los Angeles, where the film industry is very powerful and hard to beat.”

Frank probably won’t go through the trouble of suing in California and won’t rent to Warner Bros. anymore.

A beautiful old truck, so I thanked Frank for the ride and shook his hand. You could do that back in the good old days in January.

Amazing how quickly things have changed for all of us, but as they say, this too shall pass.

Do you have a problem that’s a real classic? Is it growing old, and you want it driven away? Get in touch with us. Whether it’s coronavirus or anything else, we will try to restore your peace of mind.

The 13 Most Powerful Pickup Trucks From The ‘70s