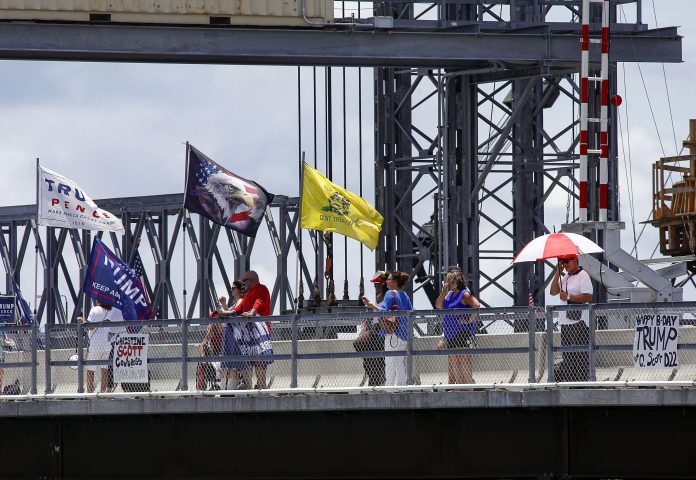 The two events are separate but could cross paths late Sunday morning.

Amid renewed national tension from a police shooting, West Palm Beach will be the scene Sunday of two rallies, one supporting President Donald Trump and another one calling for an end to police abuse of black Americans.

Trump Team 2020’s vehicle and boat parades will kick-off this morning with parades on Interstate 95 and the Intracoastal. At about the same time, Palm Beach Indivisibles will caravan for an end to systemic racism in American police departments.

The Indivisibles caravan will depart from Dreher Park at about the same time the southbound Trump Team 2020 motorcycle and truck rally will be coming off I-95 at Southern Boulevard to take the highway back north to events in Lake Park and 45th Street.

Sunday’s events were announced last week, well before another fatal police shooting of an African-American man Friday night in a Wendy’s restaurant in Atlanta.

On Saturday, Atlanta’s police chief resigned over the incident. During Saturday night’s protest, the Wendy’s restaurant as set on fire.

The Indivisibles caravan, organizers say, is in support of police reform legislation introduced this week in Congress.

Both events also were scheduled to coincide with Flag Day, which is celebrated on June 14.

A drive thru market on St. Pete Beach, the Indie Flea...

I-81 southbound in Luzerne County closed due to crash | Times...

MSNBC host goes off on protesters who think COVID-19 is ‘no...