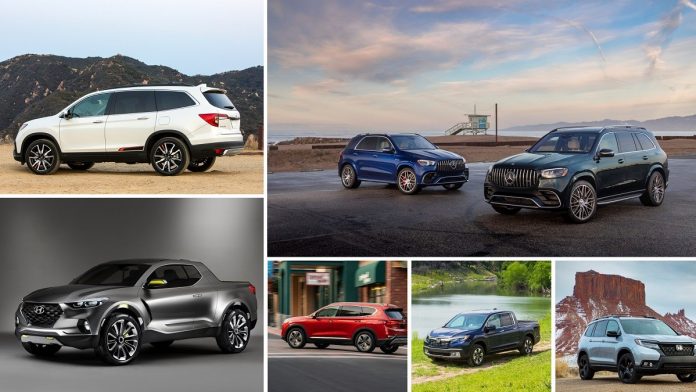 Sport utility vehicles and trucks are dominating U.S. auto sales like never before as carmakers start to recover from the biggest shock to their industry in decades.

Recovering pickup and SUV demand helped the annualized rate of sales rebound to 12.2 million in May from 8.6 million in April, according to researcher Wards Intelligence. The earlier reading was the lowest seasonally adjusted figure in data going back to 1976.

The light-truck share of U.S. sales, which include SUVs, rose to a record 77.2% as passenger cars fell even farther out of favor. With Hertz Global Holdings Inc. having filed for bankruptcy and its peers canceling vehicle orders, automakers are unable to support their struggling sedan models with deliveries to rental fleets.

“The clear positive is that U.S. autos have passed the worst,” wrote Dan Levy, an auto analyst at Credit Suisse who boosted his 2020 sales forecast by 1 million to 13.5 million. “Supply has started to get tight, and will likely get tighter in June – especially in large pickups.”

Total sales fell about 33% in May for General Motors Co. and Ford Motor Co. and 37% for Fiat Chrysler Automobiles NV, analysts said, citing estimates from Autodata Corp. The three are among the major carmakers that now publicly report U.S. sales only on a quarterly basis.

GM is running low on inventory of the Chevrolet Silverado and GMC Sierra full-sized trucks that powered the company’s surprisingly strong profit in the first quarter. The company has 37 days supply of Silverado and 31 days of Sierra on hand, wrote Ryan Brinkman, a JPMorgan analyst. Automakers generally aim for about 60 days across their lineup and tend to carry more supply of pickups because of the variety of powertrains, configurations and trim levels they offer.

“In an earlier stage of the COVID-19 crisis, it looked as if an inventory overhang could complicate the restart of production,” Brinkman said in his report. “But as government restrictions on production proved more onerous (and lasted longer) than restrictions on sales, the opposite proved true, with spot shortages emerging for some vehicles in some regions (particularly for pickup trucks in the interior of the country).”

Analysts still expect it will take years for U.S. vehicle sales to return to pre-coronavirus levels.

Ford has raised the prospect of seeking government stimulus similar to the “cash for clunkers” program that helped the industry bounce back from the financial crisis in 2009. Hyundai’s head of U.S. sales said Tuesday the company also supports the idea.

“We’d welcome the opportunity to work with our government to provide additional resources to help the consumers purchase cars,” said Randy Parker. “We strongly support it from our end.”

Don’t you wish your pick-up looks like the Ford Ranger Thunder?