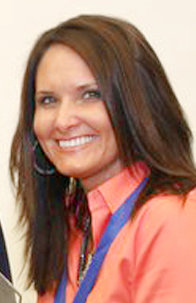 Too many “Tassos” on the Bradley County road map caused confusion when officials tried to pinpoint the location of a pothole and erosion concerns.

Combs said the location for the erosion issue was listed as Tasso Road N.E. and Old Tasso Place N.E. However, he said those roads don’t intersect.

“I don’t know where the spot would be,” Combs said.

The erosion issue and a resulting hole was referred to the committee by Commissioner Charlotte Peak, who attended the meeting to explain the location.

Hayes said the road department will look into the issue, now that the location has been corrected.

In other discussion, Peak said a constituent had called about confusion stemming from Patterson Lane S.E., off Spring Place Road S.E., and Patterson Road S.E., off Durkee Road S.E.

Chairman Kevin Raper said Patterson Lane and Patterson Road don’t connect, but there are “a couple of things going on here,” like causing GPS (global positioning system) issues for emergency vehicles possibly being delayed in finding the correct address.

Also, Raper said big trucks are going down the wrong road and having trouble getting out. Vulcan Materials Company’s quarry is located nearby.

Raper asked if there is any way to change information vehicles’ GPS is getting.

Peak said plats using GIS (geographic information system) are used when making GPS maps. She said there will continue to be issues until a right of way showing up on the map is abandoned and removed from GIS plats, and therefore, GPS maps.

Raper said he recently visited the area and thought the existing signage was clear. However, he said some drivers are not reading the signs.

“Signage is not going to be the answer to this,” Raper said.

Other items discussed by the Road Committee include:

Combs said it is Ocoee Utility District. He added the culvert is located near the entrance to a subdivision.

Raper said he will check with OUD for an update.

• Finnell Road stormwater: Lorri Moultrie, executive administrative assistant to the county commission, said she has spoken to the local stormwater coordinator on this and reported there is a Tennessee One Call on this, which she will continue to monitor.

“It’s come a long way since we first talked about it in January,” Moultrie said, adding she understands the homeowner has been working on the issue. “It’s not delayed, it’s just not where we want it yet.”

• Hopewell project update: Raper said he spoke to the school’s principal last week and reported the project has “cleared all those hurdles” related to the purchase of the property from Volunteer Energy Cooperative by Bradley County Schools. However, the project is now on hold due to COVID-19 pandemic delays and funding for schools.

• Neighborhood roadway damage update: Combs said the contractor has filed for bankruptcy and the damage information has been turned over to Bradley County Attorney Crystal Freiberg.

• Prospect Elementary fire hydrant update: Moultrie said she spoke with a Cleveland Utilities representative who told her the school system owns the hydrant in question and can paint it.

Raper said he would like to verify it with Bradley County Fire Chief Shawn Fairbanks, because fire hydrant colors denote water pressure and other information to emergency personnel.

• Drainage tile at Hubert Conley property: Combs said the road department has looked at this request and there are no plans to move the drainage tile.

• Archer Lane assessment: Combs said this has been completed.

• 3550 Georgetown Drive tile assessment: Combs said this has been completed, except “to blow the tile out,” which is planned.

• Shady Hollow Road: This road was not black-topped as was nearby Casteel Road, and drainage tile repairs were also requested.

“That subdivision is not that old,” Combs said, adding the road is in good condition so the road department has determined there is no need to pave it.

Combs added Casteel Road and Mack Circle were paved because it was needed.

• Cobblestone Ridge subdivision at Old Chattanooga Pike: Combs said the subdivision is in the city and the road is in the county. He added it is an industrial area with heavy vehicle traffic including tractor-trailers.

“I don’t see any way we can deny 18-wheelers in an industrial area,” Combs said.

Commissioner Cindy Slater, who referred the issue to the committee, said residents there are concerned about sight distance and big-truck traffic because two lots have driveways onto Old Chattanooga Pike. In addition, she said tractor-trailers sometimes cut through the subdivision instead of using APD-40, and there are no road shoulders on Old Chattanooga Pike, increasing concerns.