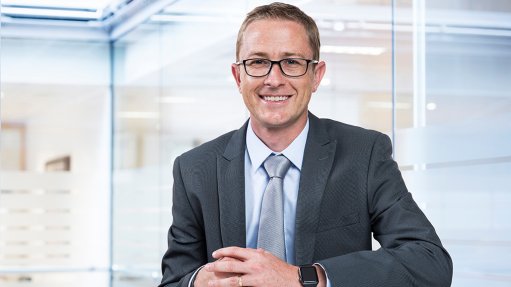 Kumba, which has been mining iron-ore at Sishen for the last 40 years and which opened a new mine at Kolomela in 2008, has been on a technical journey since 2014, when it made a conscious decision to modernise its business. (Also watch attached Creamer Media video.)

The two drivers of the modernisation programme have been safety improvement and productivity enhancement – “never technology just for the sake of technology. It really must tick one of those two boxes and preferably both, to drive value,” Mc Gavigan told Mining Weekly in a Zoom interview.

Recently, however, technology, in fact, managed to tick a third box –  that of transformation, when its partnership with drilling company Rosond brought about a South African first – an all-lady drilling crew at Sishen.

Kumba’s first phase of technology implementation has been more around the required hardware than anything else:  “We had to upgrade a lot of our systems. We had to upgrade our industrial networks and our Wifi to be ready for the coming revolution in technology. We spent a lot of time in the early part of this journey really getting the backbone in place. That’s not the exciting stuff, but it’s the essential stuff. You can’t put advanced technology on top of old IT networks. The years 2014 to 2017 were really about collecting a lot more data,” Mc Gavigan recalled.

A fleet of data-collecting drones were rolled out: “We’ve got 14 drones that are flying around the mine collecting special data, as and when we need it. This has been really valuable for us. Then we started delving into programmes that we call ‘operator-assist’ to make both operator and the piece of gear operated the safest and best they can be. Then also, we began looking at automation where it made sense. That was the drive up until 2017/2018. Now we’re really starting to focus on integration, and using all the data being collected to make ourselves smarter, and that’s our focus at the moment along the journey,” Mc Gavigan said.

Just on the safety front, the automation of blasthole rigs has taken place at Kolomela: “We automated all of our the blasthole rigs. We moved all the operators into a state-of-the-art remote centre situated on the mine, and those drills are now being operated from that centre. Again, a lot safer, out of the dust, out of the noise, with exposure turned to zero,” he said.

One of the other projects that Kumba is really proud of is its collision avoidance system. Sishen and Kolomela have got 140 trucks between them. These are really big 170 t-to-300 t trucks and one of the biggest risks was always these trucks colliding with each other, other gear or light vehicles.

In conjunction with Komatsu and Hexagon Mining, the company developed a world first autonomous braking solution for these trucks. If an imminent collision is detected and the operator fails to take action, the truck automatically brakes to avoid that collision. The system has been rolled out to the 100 trucks at Sishen and the same is in the process of taking place at Kolomela. Since the implementation of the system, there has not been a single vehicle-on-vehicle incident at Sishen.

“So there’s definite benefit in terms of safety and that fit into our operator-assist programmes. That has made the operators of the machines the safest they can be. Definite tangible benefits have come through,” Mc Gavigan noted.

“Let’s take two examples. From a technology perspective, if you look around the mining world, and even in our own backyards, the orebody grades are declining and everyone is thinking about how to beneficiate better and how to utilise the resource better to extend the life of mines, so that’s a key technology focus around beneficiation.

“Sishen started out as a very high-grade mine that was beneficiating 60%-plus iron-ore material. We put in some new technology at that stage and we brought that cut-off grade down to 50%. Now we’ve started to talk about a technology called ultra-high density media separation (UHDMS), which will lower that cut-off grade even further.

“The beauty of technology on the beneficiation side is for the same mining effort you get more ore. Technology and beneficiation really is about extending mine life, making marginal orebodies more profitable.

“The other important aspect is around implementing technologies. For me it’s about how you use technology to open more mines, because at the end of the day that’s what creates jobs. If you can apply technology, and significantly lower your costs or improve your productivity, and open new pits, or open a new mine, that creates thousands of jobs.

“That’s the way I read technology. And what we’ve seen when we put in technology, for example at Kolomela, when we automated the drill rigs, it changes the nature of the jobs. The majority of people went to a control room but we also were very purposeful about reskilling and upskilling people to do other jobs in the business.

“We haven’t seen a net reduction in people. It’s really about how you transform those skills into something else. For me, technology’s about sustainability. It’s about extending life of mines, opening new pits and opening new mines. That’s what he real benefit is for us,” Mc Gavigan pointed out.

For a while, exploration had been neglected from a technology point of view, but the current drill rigs are fundamentally different now to what they were ten years ago.

“Exploration is starting to catch up. We’ve partnered with Rosond, our drilling partner, and we’re rolling out a fleet of new generation drill digs at Sishen, Kolomela and at our exploration division that basically introduces completely autonomous rod handling. No more manual handling on the drill rig, and also all of the drill rigs are operated from air-conditioned cabins, away from the machinery,” he said.

Technology on the exploration front has now definitely been brought up to speed with the level of technology at the mines, with one of the benefits being the first all-lady drilling crew.

On-mine exploration has been ongoing: “That’s obviously the first place you look.” But with the area between Sishen and Kolomela being prospective, Kumba is drilling between the two operations, along an 80 km strike area. It announced the Heuningkrans exploration project late last year, which is a new discovery for the company and drilling is under way there.

“We’re active in the area and we’ve also got a few additional targets that we’ve started drilling on. We still view the area very prospective,” Mc Gavigan emphasised.

Kumba’s not making use of the hot Northern Cape sun to generate solar power – yet: “We’re not using renewables now. We’re looking at it. Obviously, being in the Northern Cape, it’s the second most solar attractive in the world behind the Nevada desert. So, obviously, it makes sense to start looking at it and ever since Mineral Resources and Energy Minister Gwede Matashse announced that mines can generate some of their own electricity, it’s something we’re starting to look at. We haven’t got a project at the moment, but it’s definitely something we are considering and looking at.

“If you’ve got sunlight and you’ve got water you can generate hydrogen. Anglo American is looking at piloting this at Mogalakwena and we’re watching it very closely,” he said.

The big fleet of 140 trucks use a lot of diesel and represent a large carbon footprint. Kumba is watching it very closely and will definitely be participating in that project as Anglo American, of which the JSE-listed Kumba forms part, develops it.

“It’s a very exciting project and for us, it’s always about what the business needs from a safety and productivity perspective. From a Kumba perspective, we’ve always said that we’ll be very fast followers of technology and that’s stood us in good stead. Where we need to develop technology, we will, for example, it partnered around the UHDMS to co-develop that technology.

When it comes to Covid-19, Kumba has adapted its business quickly and comprehensively to meet the human, operational and market challenges of the likely enduring reality of the global pandemic.

The company delivered a strong first-half performance, with earnings before interest tax amortisation and depreciation (Ebitda) of R17.4-billion at a margin of 55%.

Its strong Ebitda performance translated into R7.1-billion of attributable free cash flow and the board declared an interim cash dividend of R19.60 per share, representing a payout ratio of 75% of headline earnings.

Mangino column: The ongoing militarization of the police | Opinion