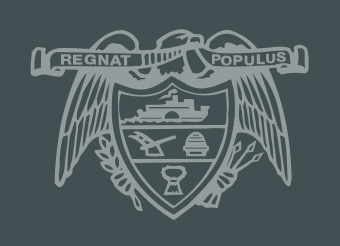 From birth through high school, I grew up in American apartheid. Some people somewhere, but not my parents, decided that “colored” people should be separated from whites except in relationships like maid to white housewife, or, in the case of my family’s feed store, shiny-from-sweat black warehousemen to white business owner and his mostly white clientele with trucks waiting at the hammer mill.

It was a system that seemed stable. Until wheels of justice — some distant, some local — began turning.

Male employees at Talley’s Feed and Seed in Covington, La., were predominantly black. They were nicknamed by my elder cohort, and family retainer of sorts, Oscar Franklin. The tallest, strongest, most educated of the lot was Nat Osborne, dubbed “Bomber.” A new recruit arrived with a green pocket patched onto his shirt, thus becoming “Green Pocket.” A rare, strapping white man come to town from the Great Lakes was “The Swede.” The only one called by his real name was Oscar himself.

The store was my preschool. I split my time between Mother’s office up front and the warehouse out back. The store occupied an ancient, former Coca-Cola bottling plant. It was in the “quarters,” that part of town where blacks lived. Apartheid didn’t separate me from the black children who ran errands, often shoeless, for their grandmas to fetch two bits worth of laying mash, nor from a small group who lived behind the mill. They liked the fair-haired boy who played with them out back under the molasses tank, bearing lollipops wrapped in feed brand logos — leftovers from customer giveaways. Using the generic for pullet rations we sold, our bookkeeper called my entourage Teddy’s “biddy raiser club.”

“White” and “Colored” restrooms and drinking fountains were located in certain public buildings in town. White restaurants did not deny service to blacks, but deferred them to the kitchen door for take-out. Dining room service for blacks was at a few taverns in the “quarters.”

The Star movie theater had an outside staircase to a blacks-only balcony. I wished sometimes I could sit upstairs. It seemed more fun.

At the parish health unit, where Mother took me for immunizations, a waiting room folding screen divided black from white. As a youngster, I considered it odd. The screen was only partly closed, and we saw the same doctor. The needle sticks from “Nurse Bobbie,” the petite shot lady in her pristinely crisp uniform and cap, stung black and white skins alike.

Once enrolled in school, regular meetings of the “biddy raiser” club ended. Friends from behind the store went to all-black Rosenwald schools; I headed to all-white ones.

But change came during high school. My father was a parish school board member. He and a sparse few other members took steps toward system integration. Their intent seemed equal parts altruism and pragmatism. School systems across the South were facing integration crises; better to proffer a plan, any plan, than to spar with federal courts.

Freedom of choice was begun. A half-dozen or so black underclassmen chose the all-white Covington High School. My 1968 graduating class was the last all-white one and by 1970 the “separate but equal” Rosenwald schools were shuttered and the entire system desegregated. In transitional years the feed store was targeted by unhappy segregationists. Display windows were shot out and large roofing tacks were scattered across the parking lot one night in hopes of damaging customers’ tires the next morning. Occasional shouts of “n*-lover” came from passing cars.

Our home phone number was changed to unlisted because of vile pre-dawn calls. The pick-up truck I drove (with family name and Purina checkerboards boldly on the doors) was gifted with an unlit, yet kerosene-soaked cross after a Friday night high school football game.

Ultimately, the community processed the transition and today the system is highly ranked academically. Once, my father admitted pensively, he was heartened by our town since there was no discernible business loss because of his stand.

Fast-forward to the present day. It’s not that we’ve been thrown back to the 1960s where this privileged white teenager, for one, was almost incinerated in a Ford Ranchero by some Klan wannabes. It’s worse.

Police forces are using deadly military-style restraint techniques on suspects as the Department of Defense happily doles out, with blessings of both Democrat and Republican administrations, surplus armaments never designed for use by local law enforcement on its citizenry.

If I could re-convene a meeting of “biddy raiser club” grown-ups, we’d agree in one voice. We can’t go back! In the name of God, this must end!