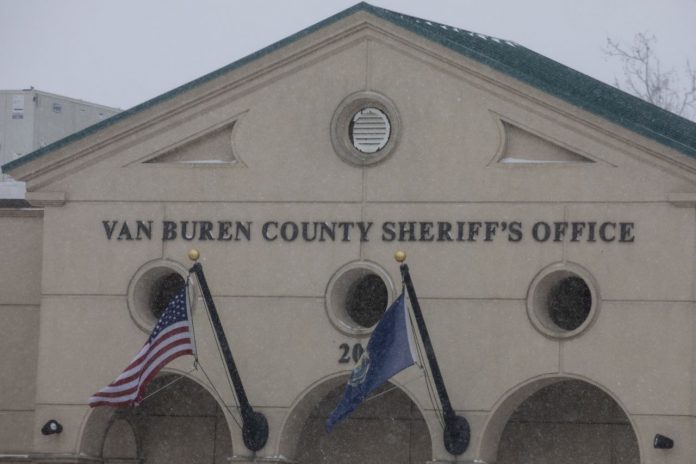 VAN BUREN COUNTY, MI — A 17-year-old clinging to the driver’s side window of a pickup died when the truck crashed, pinning the teen between the truck and a light pole.

The crash happened Friday, Aug. 21 in the area of Red Arrow Highway and Springdale Drive in Hartford Township.

Van Buren County sheriff’s deputies said there was a fight near the intersection. At some point, two people involved in the fight fled in a pickup.

A 17-year-old Hartford male was holding onto the driver’s side area of the truck as it was leaving. The truck then crashed into a light pole.

The truck driver, a 20-year-old Keeler Township man, was taken to a hospital in Watervliet for treatment of injuries from the fight.

He later was arrested on initial charges of operating while intoxicated causing death and reckless driving causing death.