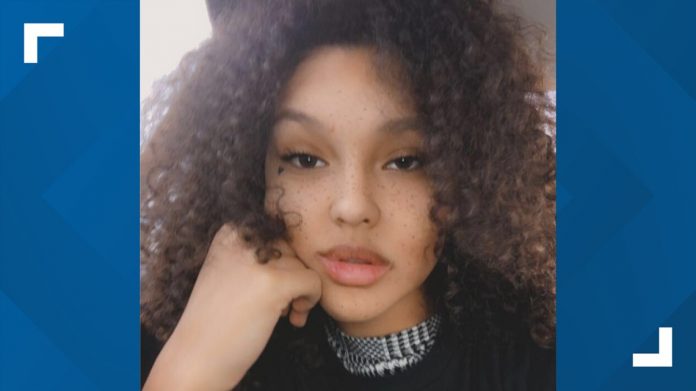 UNION, Mo. — A teen girl was nearly hit by a pickup truck in Union and the passenger admitted to yelling “Trump 2020” as they drove by her, police said.

At around 9:40 p.m. on Sunday, Union police were told that a pickup truck was close to hitting someone on West Main Street near Independence Drive.

When police arrived at the residence of the person who reported the incident, the victim, 17-year-old Tamyra Stafford, told officers a red pickup truck sped up and swerved towards her.

She told police the truck was about 3 or 4 feet from hitting her.

As the truck passed her, Stafford told officers the passenger said, “Trump 2020.”

The truck was seen on video entering the roundabout and driving past Stafford. The truck leaves the area and a few minutes later, it comes back and drives by Stafford again.

The passenger of the truck admitted to police that he yelled “Trump 2020” as they drove by her.

A warrant application for peace disturbance was sent to the Franklin County Prosecutor’s Office for review. An update will be released when the prosecutor’s office makes a decision on charges.

A post about the incident was made in a group called “Peaceful Protest in Franklin County” on Facebook and it has received hundreds of reactions and shares.

Please please please be careful. Do not walk or travel alone. This 17 year old young lady was targeted by men in a truck in Union, MO, today because she was black. According to a post that the girl’s…