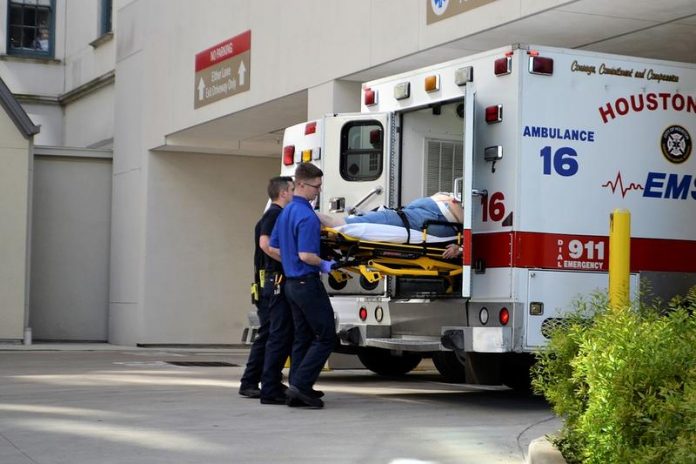 Aubrey Sessions is a pediatric nurse with Intermountain Healthcare. Her family was having the concrete for a pickleball court poured on June 4, when one of the workers collapsed.

“We had just offered to buy the concrete workers lunch and get them something because it was like the hottest day of the year so far,” Sessions said. “And they were like ‘no, when it’s this hot, we don’t we don’t usually like to eat and we need to finish the concrete,’ because it was being poured at that time and it dries really quickly in the heat.”

Sessions husband suggested she get them something to drink at least, and she was on her way when she noticed one of the workers, Jay, had collapsed.

“I just started CPR,” she said. “We’ve had kind of a lot of little, we call them tender mercies or little mini miracles, that took place.”

Such as Sessions having gone to the dentist rather than work, and a neighbor driving home who was able to send his pregnant wife — who’s also a nurse — to help with chest compressions, and a Draper City fire inspector had taken a wrong turn on his way to a meeting and had his gear in the truck to join in with a rescue breathing bag.

“Just days before, I had had our mock-code training at work and so we had gone over CPR and different things,” Sessions said, “and that was to me just another like piece of the puzzle. I was prepared for this.”

And even the fact the concrete workers had taken the job was a last-minute decision. Sessions said Jay told her though they were booked out, he wanted to squeeze in their pickleball court along the way.

“So, it turns out he had an arrythmia,” Sessions said. “We thought he maybe had a heart attack, but it was not a heart attack. His cardiologist told him that only 5% of people who have that ended up surviving because they don’t have CPR started quickly. And so he’s very, very lucky to be alive and we feel very blessed that everything just kind of fell into place, and all the people that were there happened to be there and happened to be lost in our neighborhood and happened to be  my neighbor, and he happened to be working at our house — very crazy.”

The other nurse who helped with chest compressions went into labor later that night and delivered a healthy baby boy.