Just a few days ago, Volta Trucks have revealed the Volta Zero, a fully electric vehicle designed and aimed at a largely ignored automotive sector, inner-city freight distribution. The team have been working on this project for some time, but now, it’s official. The Volta Zero will begin trials in 2021 with production scheduled for 2022.

To get an idea of what it is Volta Trucks will be doing Rob Fowler, Chief Executive Officer for Volta has this to say: “Commercial vehicles form the lifeblood of commerce and livelihoods in cities, but today’s large trucks dangerously impose themselves on our streets and dominate their surroundings. With the launch of the Volta Zero, we are changing the face of road transport. Volta Trucks is redefining the perception of the large commercial vehicle, and how it operates in and integrates with, the zero-emission towns and cities of the future. This is made possible by the three pillars that define both Volta Trucks as a business and the Volta Zero – safety, sustainability, and electrification. Add to that our unique Truck as a Service proposition that reimagines a fleet manager’s business model. At Volta Trucks, we are directly contributing to society’s migration towards an electrified future.”

So let’s have a look at what’s in store for next year.

Well, I must say, that initially we thought it was an electric bus, it isn’t. The front is designed low to the ground and covered in large glass panes to offer visibility on a much larger spectrum than your average delivery truck. 220 degrees of visibility is one of the boasting factors of the Volta.

Because this vehicle is a true EV, the design team needed to rethink the entire freight game. In doing so they not only came up with a new freight vehicle but focused on the incorporation of eco-friendly methods. Just to give an example, the exterior body panels are constructed from Flax plants. A Weave is made from Flax fibers that matches the strength and weight of carbon fiber but using 75 percent less CO2 to produce. Oh, and these panels are biodegradable too.

The use of an electric drive system allows the Zero to eliminate a large number of components. The entire system also powers only the rear wheels and is enclosed in something Volta calls an e-Axle. This entire system eliminates 90 percent of mechanical parts compared to existing ICE vehicles. 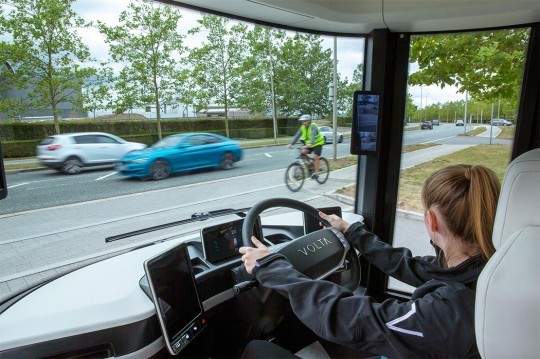 But we all know you need a battery to power something like this, and the Zero is no exception. Unlike other batteries out there, Volta will be utilizing Lithium Iron Phosphates batteries, which eliminate the use of precious metals and can offer anywhere from 160 to 200 kWh of power.

These two components allow the Zero to reach speeds of 56 mph (90 kph). However, this is a speed that is limited by software, so I’m sure someone will try and mess around with this and get your parcels delivered a day or so early. Now this speed is attained by the 16-ton vehicle with a payload of wait of, for it… 18,960 lbs (8,600 kg).

This is probably the main reason why Volta Trucks were able to secure such future standings. Or was it its range of 95-125 miles (150-200 km) on a single charge?

Yeah, it’s all of the above. But another important factor to consider is that by 2025, The Volta Zero would have eliminated an estimated 180,000 tons of CO2 from our atmosphere. 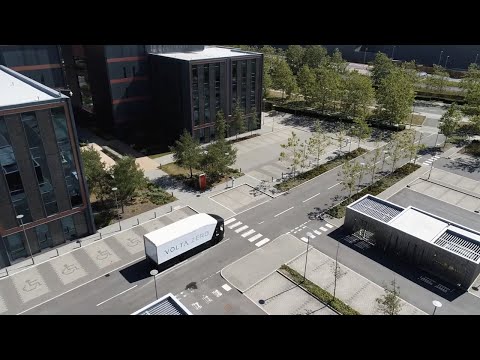 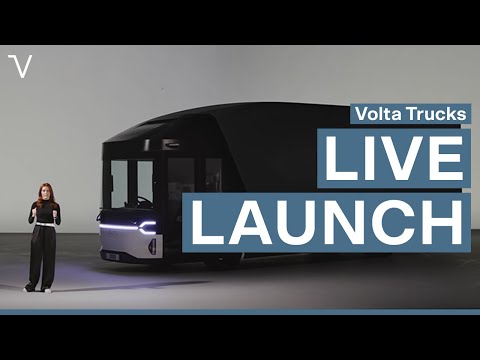