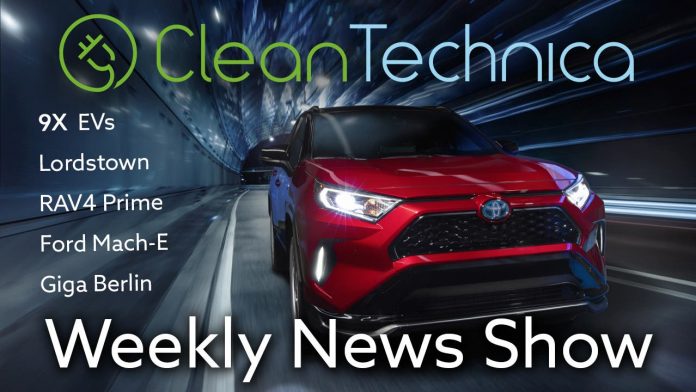 
This is the 15th broadcast of CleanTechnica’s weekly news show. This week’s show covers the new Lordstown Endurance, Tesla Giga Berlin plan changes (which I think we’re the only ones to dig into so carefully and with enough context), the end of Byton, three new Citroën EVs, and more. Here are the stories covered in this week’s show:

Chanan Bos Chanan grew up in a multicultural, multi-lingual environment that often gives him a unique perspective on a variety of topics. He is always in thought about big picture topics like AI, quantum physics, philosophy, Universal Basic Income, climate change, sci-fi concepts like the singularity, misinformation, and the list goes on. Currently, he is studying creative media & technology but already has diplomas in environmental sciences as well as business & management. His goal is to discourage linear thinking, bias, and confirmation bias whilst encouraging out-of-the-box thinking and helping people understand exponential progress. Chanan is very worried about his future and the future of humanity. That is why he has a tremendous admiration for Elon Musk and his companies, foremost because of their missions, philosophy, and intent to help humanity and its future. He sees Tesla as one of the few companies that can help us save ourselves from climate change.

Trio may be responsible for series of Houston-area bicycle shop burglaries...