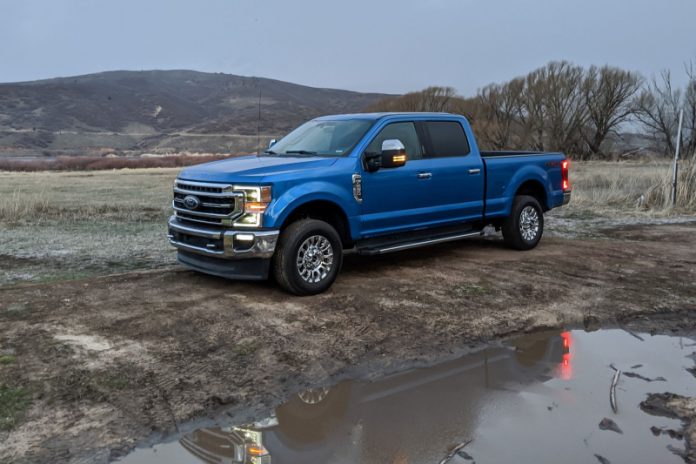 With 430 horsepower and 475 pounds-feet of torque, Ford’s new 7.3-liter V-8 in its Super Duty trucks has the most horsepower and torque of any gas-powered heavy-duty pickup truck on the market today. But how does all that power affect fuel economy?

To test this, I took a 2020 F-250 Lariat 7.3-liter with the 4.30:1 final drive ratio on a nearly 60-mile test loop, empty and while towing a trailer. For the first trip, I kept the truck as light as possible, with only me in the truck. For the second trip, I attached a trailer weighing 12,500 pounds with a 1,300-pound tongue weight. Apart from me, there were some additional tools in the truck weighing another 100 pounds.

The route I used has sections of steep grades, city streets and freeway/highway. Starting in Provo, Utah, at 4,500 feet of elevation, the route follows a freeway for 9 miles, then heads east toward Provo Canyon. Before reaching the canyon, a section of city streets has many traffic signals. The canyon highway gains nearly 1,000 feet in elevation over 18 miles and has a 50-mph speed limit. My route topped out at 5,400 feet above sea level in Charleston, Utah. The return route followed the same path back down.

With 475 pounds-feet of torque on hand and a very flat torque curve, driving the gas 7.3-liter engine with no additional weight was a breeze. The 10-speed transmission skips gears so smoothly it wouldn’t be noticed if there wasn’t a readout that shows what gear the truck is in. I found the transmission upshifts typically from 1st to 3rd to 5th, and from 5th onward it hit every gear going up. The shifts were always very smooth when unladen, which isn’t common with heavy-duty trucks.

While climbing the steeper sections of the grade, there was an occasional shift out of 10th gear down to 8th. The downshifts were very smooth but more noticeable than the upshifts. When descending with the cruise control set, the truck automatically downshifts to keep the vehicle speed close to the set speed.

Driving the truck empty is a comfortable experience. Starting and stopping are smooth, and the ride is, as expected, a little rough. Over the 58.8-mile course I used 3.954 gallons of gas, which gave me a calculated 14.87 mpg. The computer read 14.9 mpg, which is exactly the same as our calculated number when rounded. 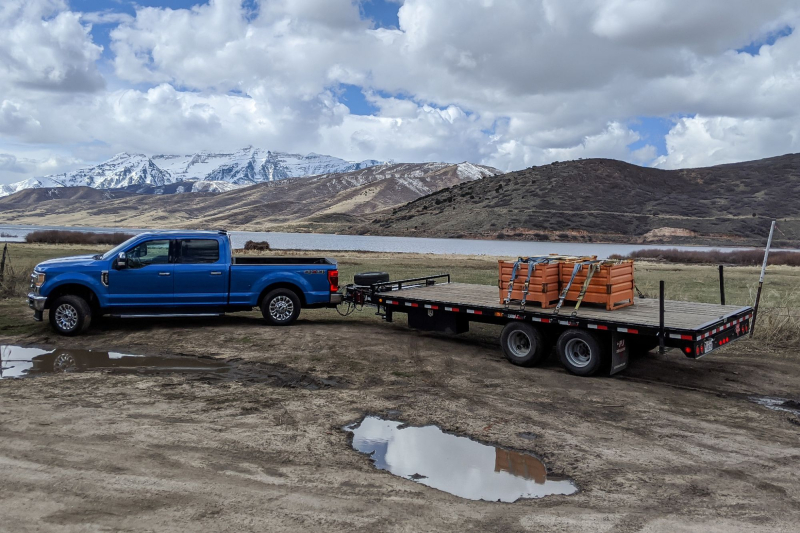 The maximum conventional tow rating for the F-250 with the gas 7.3-liter and 4.30:1 final drive is 15,000 pounds. With the 12,500-pound test trailer, I was a few thousand pounds below the maximum. While it was obvious there was a trailer behind the truck with that amount of weight, I couldn’t help but think that the truck could handle significantly more than what I was towing.

In the city section with stoplights and constant speed changes, the engine and transmission did well. I was a little surprised, however, that the transmission heated up above 220-degrees Fahrenheit when the ambient temperature was in the mid 50s. It was by no means in the danger zone, just warmer than I expected. Once I got out of the city and onto the highway, the trans temp dropped to a normal 190-200-degrees range.

Keeping speed was fairly easy with the truck needing to downshift into 6th gear for a few sections of the climb. There was never a point where the truck was traveling more than 3 mph slower than the set cruise control speed, which is a testament to how much torque the engine really has.

Heading downhill with the cruise control set, the truck automatically downshifted to help maintain the desired speed. I did use the foot brake a few times when the truck was traveling over 5 mph above the set speed. This is one area where the diesel really shines over the gas engine. With no exhaust brake, the gas engine couldn’t control the downhill speed as well as a modern diesel does.

When to Consider the 7.3-Liter 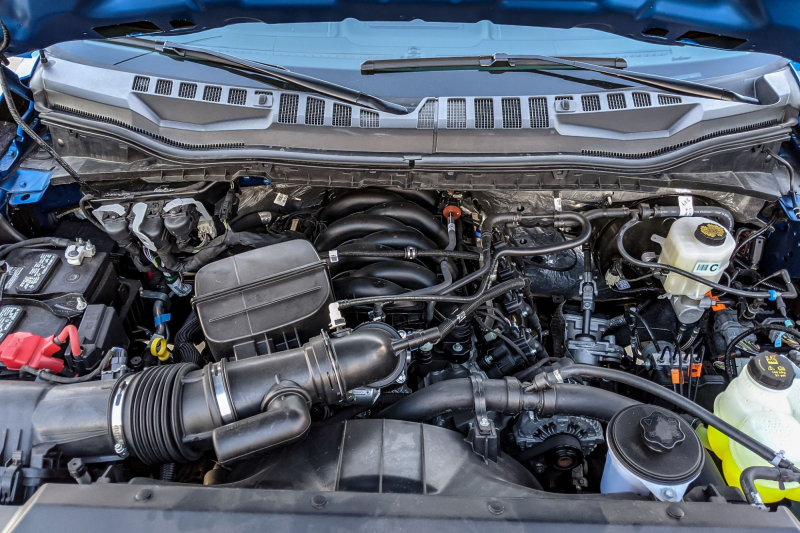 I found this engine to be an excellent choice when towing more than 10,000 pounds but less than 18,000 pounds. It controls the load much better than half-ton trucks but is limited on power when pushing heavier weights. The fuel mileage isn’t quite as good as GM’s gas 6.6-liter V-8 I recently tested, but the power and transmission both felt better. For those not putting many miles on their trucks and not towing over 18,000 pounds, Ford’s gas 7.3-liter V-8 might be the best option. 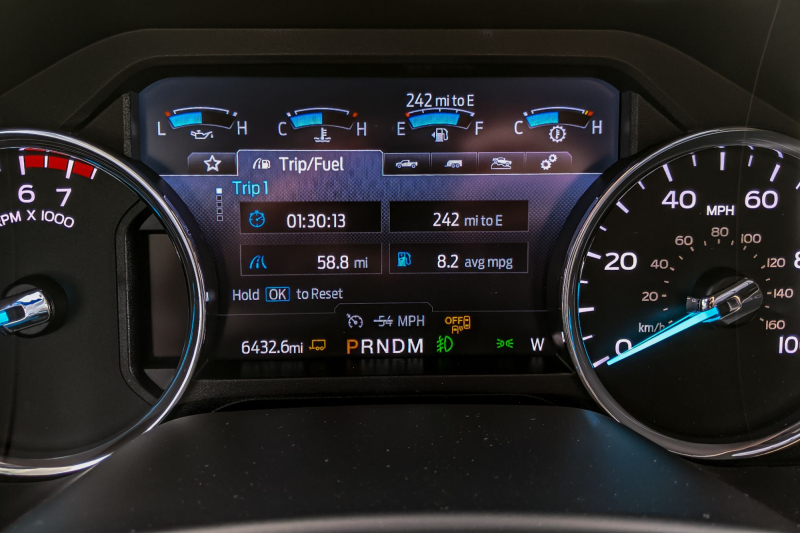