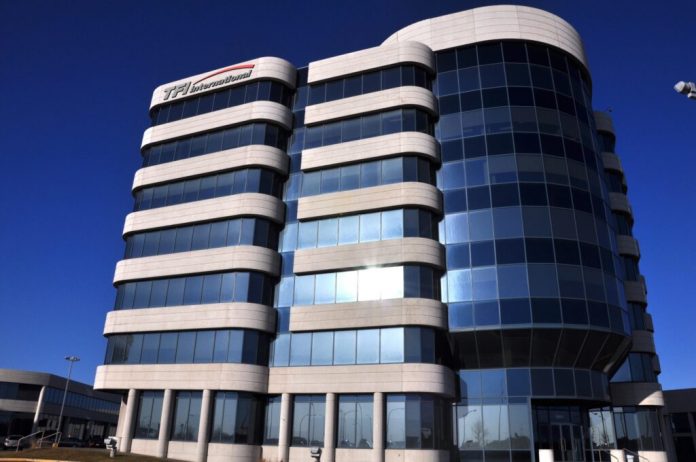 MONTREAL, Que. – TFI International has reinstated five-day workweeks for 594 employees and rehired 793 who had been furloughed, as the trucking industry recovers from economic weakness wrought by the Covid-19 pandemic.

The company has also restored its capital expenditures, which were put on hold when the pandemic broke out.

Alain Bedard, chairman, president and CEO, said business conditions improved later in the quarter. However, there has been a shift in demand. Its package and courier segment, for example, saw business-to-business demand shrink while e-commerce-driven business-to-consumer demand grew.

That’s a trend that may become permanent, Bedard noted, “because of the shift to e-commerce and stores closing and not reopening.”

The company’s Loomis and Canpar divisions were able to capitalize on increased B2C demand, Bedard said.

TFI International made three small acquisitions in the second quarter, and is ready to take advantage of buying opportunities.

“M&A (mergers and acquisitions) has been the engine of TFI,” Bedard said. “That’s in our blood. That’s what we do…Based on what we see today, based on the confidence in the solidity of our team, I think something important can be reality within the next year. Maybe even shorter.”

The company plans to grow its U.S. specialty trucking operation. Looking ahead, Bedard said he feels “very confident” about 2021 earnings, which will benefit from cost-cutting and streamlining measures taken this year.