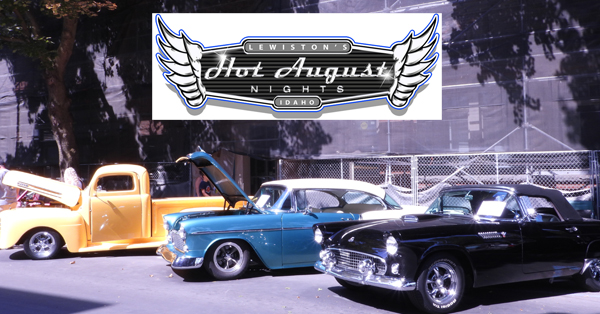 Lewiston’s Hot August Nights took place Friday and Saturday in downtown Lewiston. On Friday we kicked off with the 4×4 Show at Les Schwab Tires then ended it with the evening “Cruisin’ Main Street” classic car cruise. Saturday was the Show & Shine and ended with the trophy presentation at 3:00pm. There were 286 participants this year which wasn’t far off from the normal amount of participants in past years. There are concerts at Boomers Garden from 5pm-11pm tonight. In case you missed it, it was a fun filled two-day event with beautiful weather, a plethora of classic cars and bikes, delicious food vendors and overall a great turnout.

Those are the winners for the 34th Annual Lewiston’s Hot August Nights. Thank you to our sponsors, participants, vendors and to everyone that showed up! Be on the lookout early this week for all the pictures to be uploaded onto the Daily Fly website and social media.