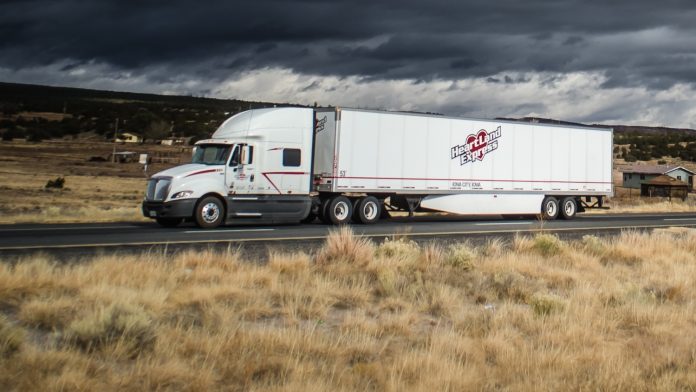 The Daily Dash is a quick look at what is happening today in the freight ecosystem. In today’s edition, Heartland Express came out of the box with its second-quarter earnings, posting better-than-expected results. Plus, the owner of a carrier whose driver is alleged to have killed four kids in a crash says he knew the driver had prior drug convictions, and Navistar’s chief engineer explains why autonomous trucks will be on the road in 2024.

Heartland Express became the first primarily truckload carrier to report second-quarter earnings – and they were a winner. The company said revenue rose 13.2% and its CEO, Mike Gerdin, said July has started off just as strong.

John Kingston breaks down the numbers and the meaning behind them: Heartland Express numbers for the second quarter beat projections

See no evil, hear no evil

The owner of a trucking company whose driver is charged with killing four kids in a crash said he knew the driver had previous drug convictions but always observed him before he went out on the road.

Clarissa Hawes spoke with the owner. See what else he had to say: Exclusive: Owner knew drug history of trucker charged in deadly I-70 crash

Inside the autonomous push

Navistar’s Chris Gutierrez, chief engineer of Advanced Driver Assistance Systems, sits down with FreightWaves to discuss the collaboration with TuSimple and why it believes a fully autonomous vehicle will be ready by 2024.

Driver health should be a focus

COVID-19 has shined a spotlight on truck drivers, but it has also highlighted the health risks so many drivers face on a daily basis. Now is the time to consider drivers’ health and safety, say leading experts.

Jack Glenn has more on the topic: Prioritize the health and well-being of your drivers

Titanium’s US expansion heats up as Nashville brokerage launches

Did you miss this?

Truck driver David Hill was out on a routine run when a teenager lost control of her vehicle on an icy North Dakota road. The driver jumped into action, rescuing the teen from the overturned car. Hill has been honored for his heroic deeds as a TCA Highway Angel.