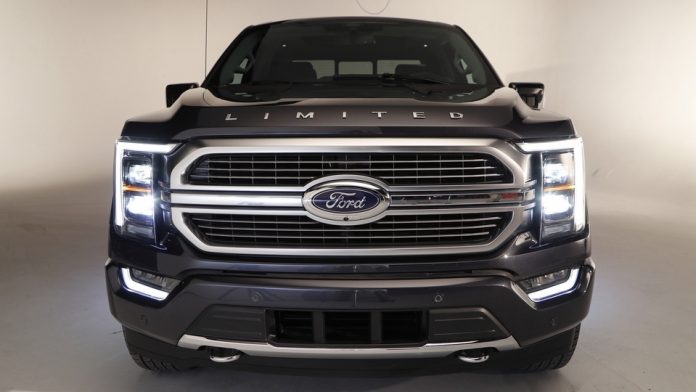 Detroit — The wildly popular Ford F-150 pickup truck with its family of Super Duty siblings is second only to the iPhone when it comes to branded consumer product sales, according to a new economic analysis from the Boston Consulting Group.

While the iPhone generated $55 billion in revenue to $42 billion for the F-Series in 2019, the F-Series actually generated more in revenue than the National Football League, Major League Baseball, National Basketball Association and National Hockey League combined — which was just $40 billion, the analysis showed.

All by itself, the F-Series full-size pickup truck franchise within Ford Motor Co. is so big that it would make the list of Fortune 100 companies.

“It is impossible to overstate the economic significance of the Ford F-150 to Ford and to the U.S. economy,” said market analyst Jon Gabrielsen. “The Ford F-150 is the single highest volume vehicle sold in the U.S. and has been for years.”

The bestselling F-150 and its F-Series siblings are Ford’s most valuable franchise and they’re more important now than ever because the company has forecast a $5-billion loss in second quarter after a two-month industry shutdown related to the coronavirus. The F-150 is sometimes called the “golden goose” by analysts, and they say Ford’s financial health depends on the F-Series.

The Ford F-150 was the most considered pickup truck among shoppers by a wide margin during the first three months of this year, according to Kelley Blue Book.

“If one looked at a bar graph showing sales of every vehicle ever conceived and sold by mankind, that bar graph looks roughly like a side profile of a lawn with a dandelion in it, That dandelion is the F-Series,” said Eric Noble, president of The CarLab, a car design consultancy based in Orange County, Calif.

“If you think about it, this thing sells half a million to a million units a year and basically has been killing it for 100 years,” he said. “People argue about how long the F-Series has been the sales leader. Farmers all over America just took the beds from their wagons and put them on the back of Model Ts. Ford was the first manufacturer to make pickup trucks in an assembly plant.”

More than 1,300 workers stream into the factory for a 6 a.m. shift start at Dearborn Truck Plant in Michigan. And more than 4,000 people work at the site overall.

“We produce over 1,000 trucks a day,” said plant manager Debbie Manzano, who oversees the massive operation that builds the Ford F-150 seven days a week.

“It’s almost like having a small city inside the plant,” she said, describing the sound of a factory humming. “You can hear the clicking. It’s kind of got an energy about it, a vibe. We don’t have the old conveyor belt, the ker-chunk ker-chunk. But we’ve got a lot of bells and whistles. You can hear the line running, people calling out. And better than every 60 seconds, we’ve got a truck coming off the line.”

Impact beyond the obvious

—The Ford F-Series supports about 500,000 U.S. jobs through production and sales, representing 13 to 14 jobs for every direct Ford employee working on F-Series.

Currently, the F-150 is the oldest pickup made by the Detroit Three, competing with the Chevy Silverado and Ram 1500. Ford executives have touted the launch of the new F-150 for months.

Vanessa Ton, senior industry intelligence manager at Kelley Blue Book, said, “Without a doubt, the F-Series, and specifically the F-150, is the segment leader in consideration and in key attributes that matter most to truck buyers — safety, driving comfort and performance. Ford is well above average in every category, near the top in most. That’s the definition of a dominant product.”