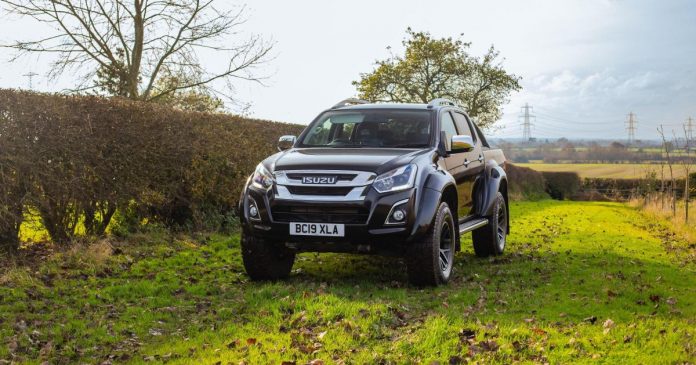 Parked up in suburbia, the Isuzu D-Max Arctic Trucks AT35 is, quite frankly, a ludicrous machine. Its chunky tyres dwarfing superminis and the flared arches giving it the meanest stance this side of a heavily modified Lamborghini, the absurdity of its in-yer-face attitude can’t be downplayed.

However, if you’re assuming it’s all show and no go, you’d be wrong. This is the latest result of a tie up between Isuzu and Arctic Trucks, an Icelandic company that’s world-renowned for taking the world’s most capable 4x4s and prepping them for impossible terrain.

Better-suited, then, to the frigid mountains of the Arctic Circle than a soggy green lane in rural Yorkshire, it’s time to investigate if the AT35 is a practical option or pure overkill.

Introduced in January, this updated D-Max AT35 brings with it a raft of changes. Most are fairly subtle, but the key change is the swap from Fox performance series suspension to new Bilstein units – going from one of the industry leaders to another should be no cause for concern, here. In fact, Isuzu says the change means it ‘can tackle even tougher terrains’. 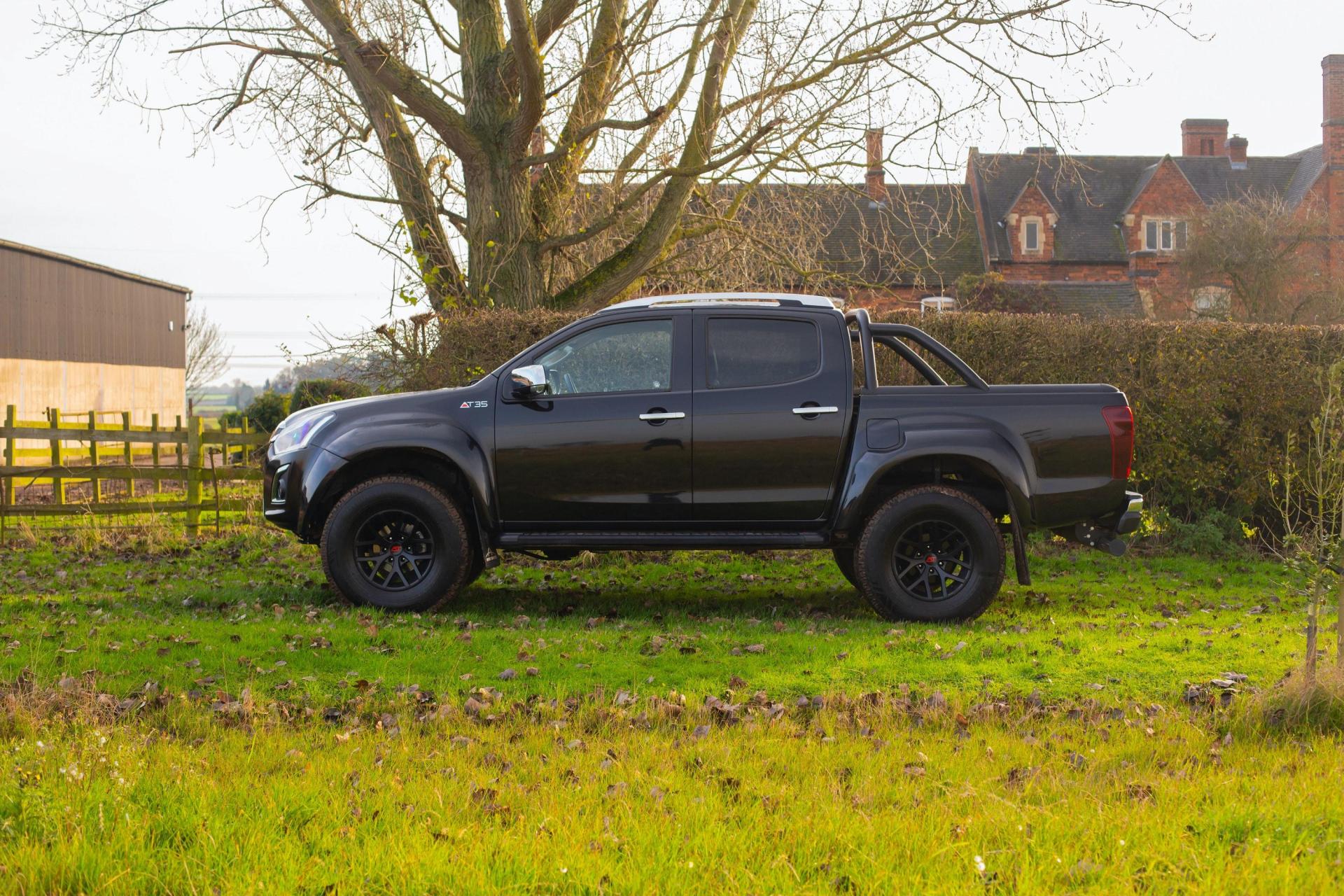 Other changes include a new AT35 logo plastered across the truck, new black side steps, a bespoke leather trim, and a new 9.0-inch infotainment touchscreen. All the obvious styling pieces, such as the flared arches and chunky tyres, are carried over from before.

Unsurprisingly for this workhorse truck, there’s a torquey diesel engine under the bonnet. It’s a 1.9-litre unit and it sounds quite agricultural on start-up, but settles down somewhat once warmed up. Partly because of those massive tyres, it feels pretty lethargic to get up to speed, but it’s got just about enough about it to pull off motorway overtakes when required. 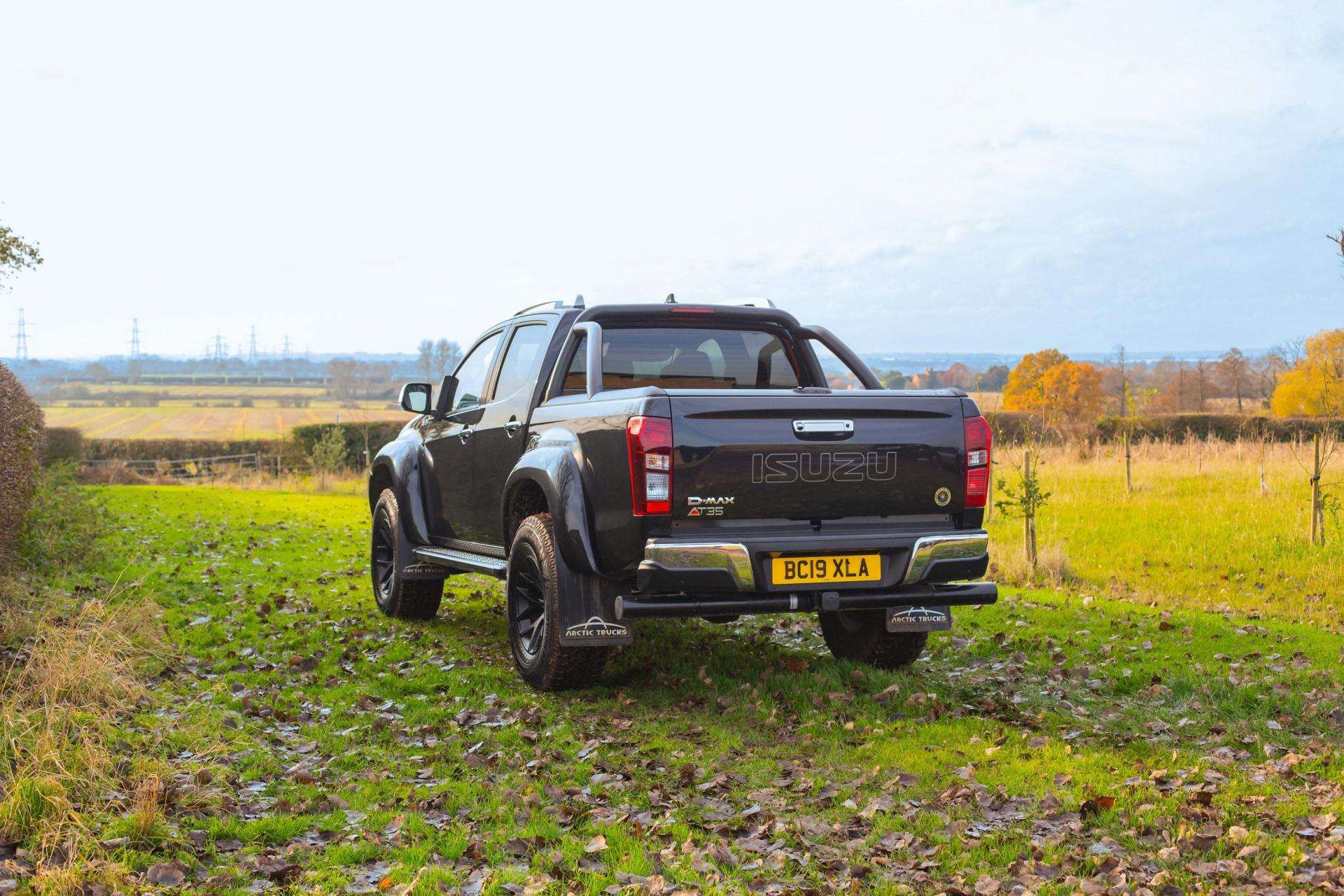 It does take getting used to, particularly because it has been designed on the assumption you’ll be making the most of its massive towing and load-carrying ability – 3.5-tonne and 1.1-tonne respectively – so it’s all about low-down torque. However, with the slick automatic gearbox fitted to our test car, it manages to make the most of the power band without revving out unnecessarily.

Isuzu is pitching this as a lifestyle vehicle rather than a commercial vehicle, because its hilarious look-at-me styling will be more of a selling point in the UK than it’s ability to pull a fully loaded caravan up Ben Nevis. However, those coming from SUVs might find the ride quality quite shocking. 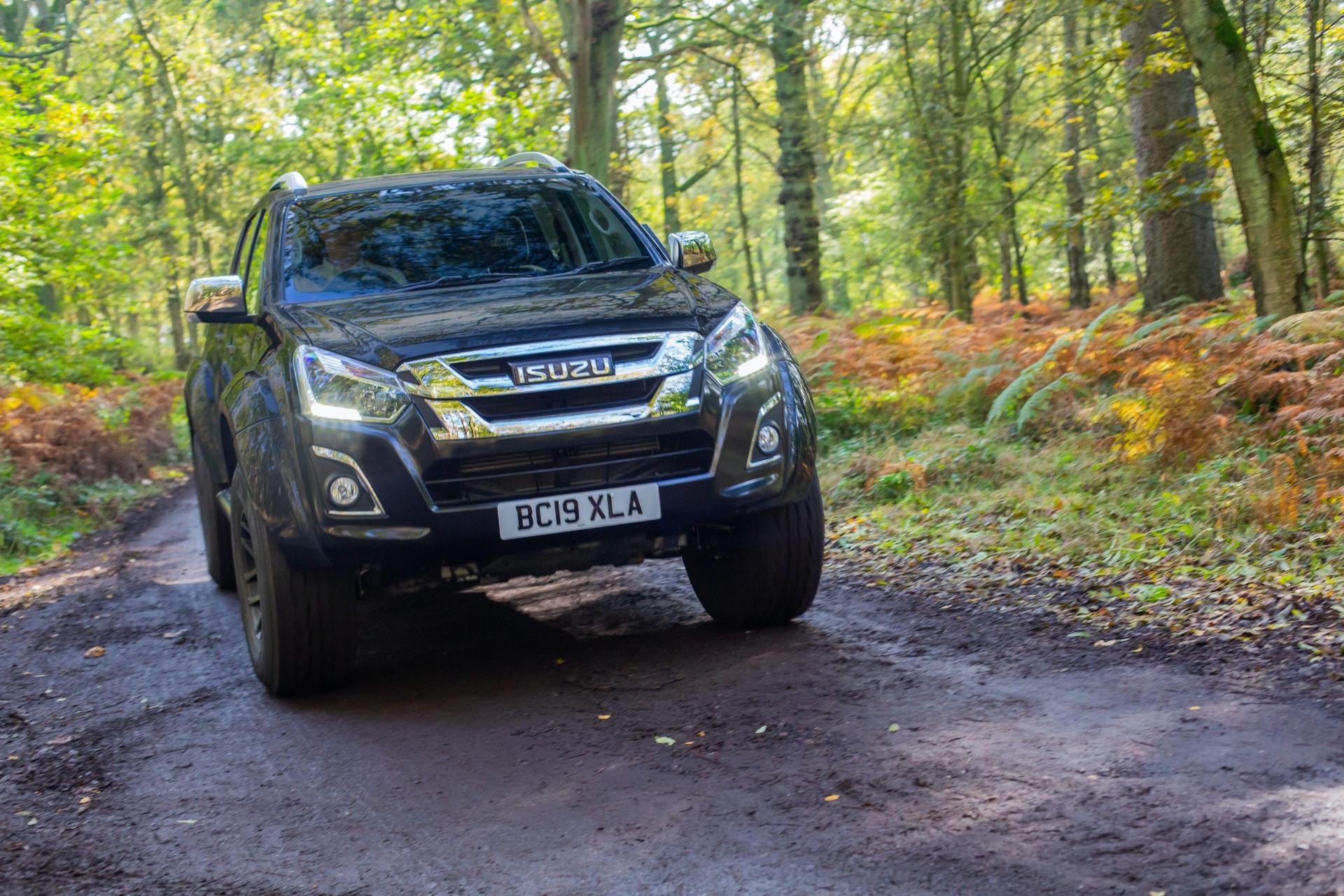 That’s because pick-up truck suspension tends to be designed to work best with a heavy load in the back, so in normal driving it skips and stutters across the road. Whether this is a worthy trade-off to drive something fun and unique will be down to the individual.

City driving isn’t an impossibility, but due to the fact it’s so huge it can be a little unnerving in heavy traffic. However, it’s off-road where the AT35 comes into its element, with those big tyres providing endless grip and the huge clearance meaning nowhere is out of bounds.

For many buyers, it’s going to the styling that seals the deal. The D-Max pick-up truck is already a bit of a beast, but this turns that up beyond 11, with a massively increased ride height, fat 35-inch Nokian Rotilva tyres and flared arches. 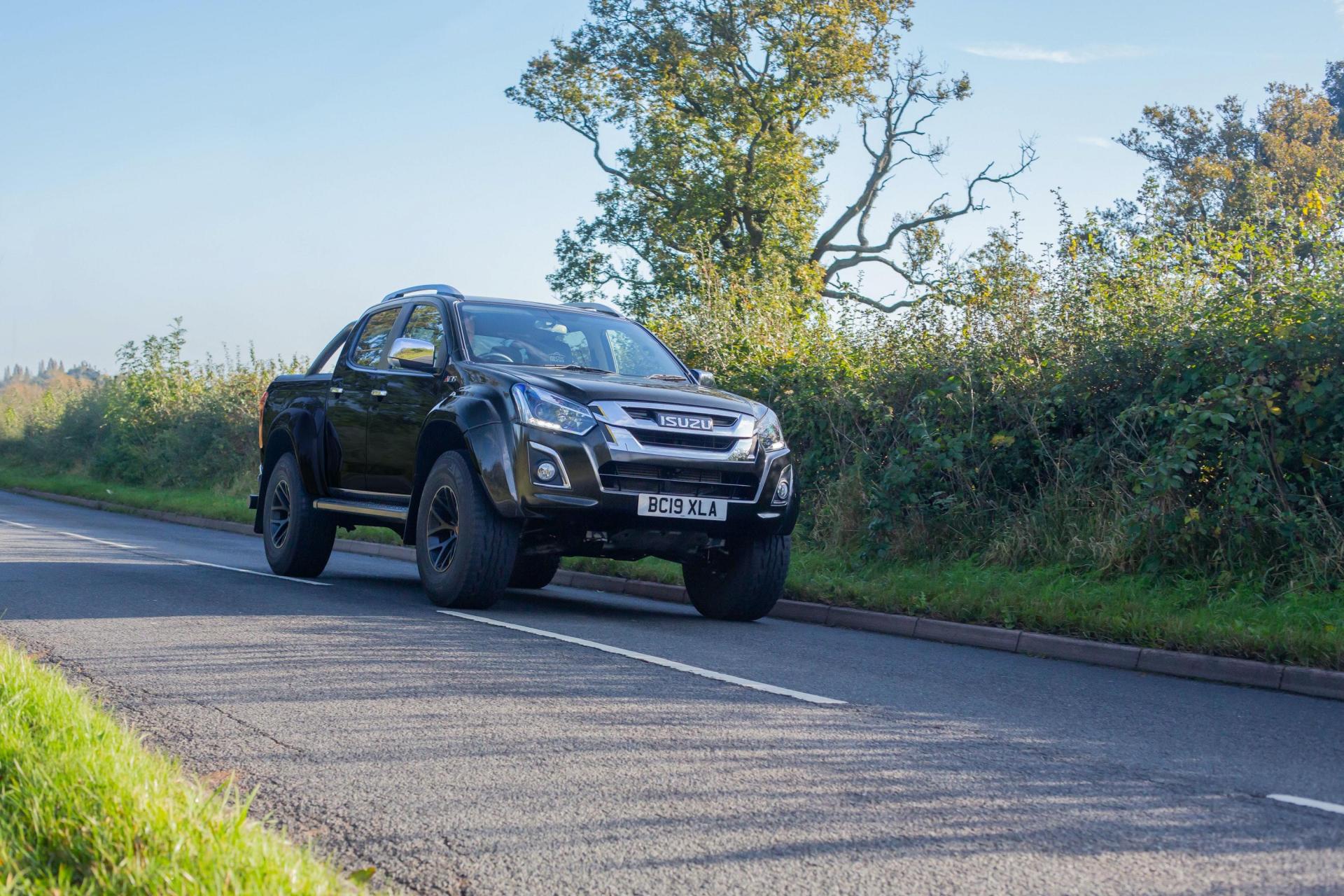 It truly turns heads, too – you’d better get used to inquisitive strangers approaching you to know more about it.

Anyone who’s spent any time in the standard D-Max will be shocked to see what an upgrade has been achieved for the AT35. The centre console design, with its chunky rotary dial for the climate controls, proves the truck’s working origins, but the standard-fit leather upholstery manages to really elevate the interior to have a much more premium appeal. 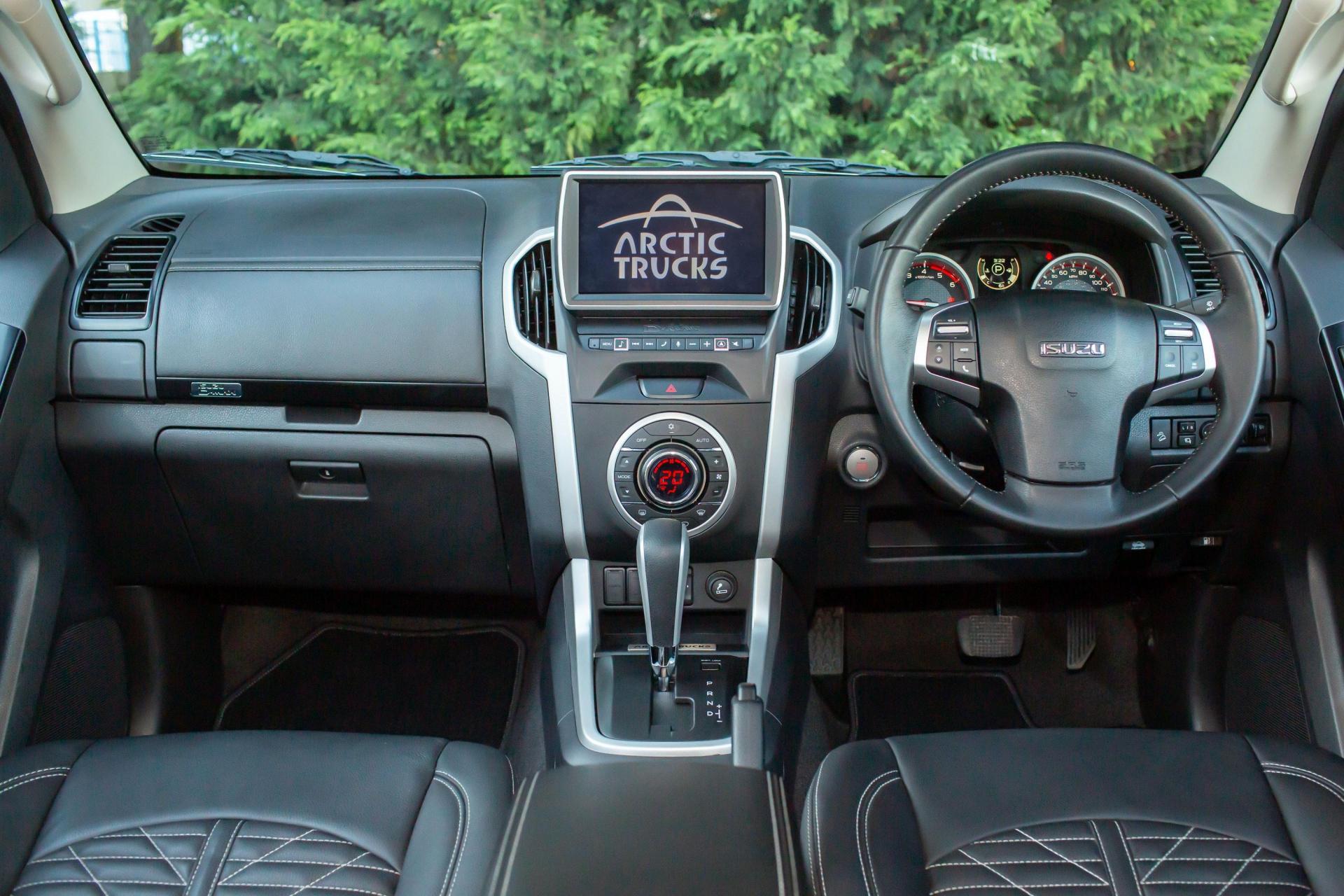 Our double cab test car is also decently spacious inside, too, and the leather extends to the rear seats so those in the back get the same levels of comfort. The new infotainment system works great, too. Despite not having the most up-to-date graphics, it has everything you need, including satellite navigation and smartphone connectivity.

You get a decent amount of standard equipment on the AT35, which is apt, what with this being the range-topper of the D-Max range. 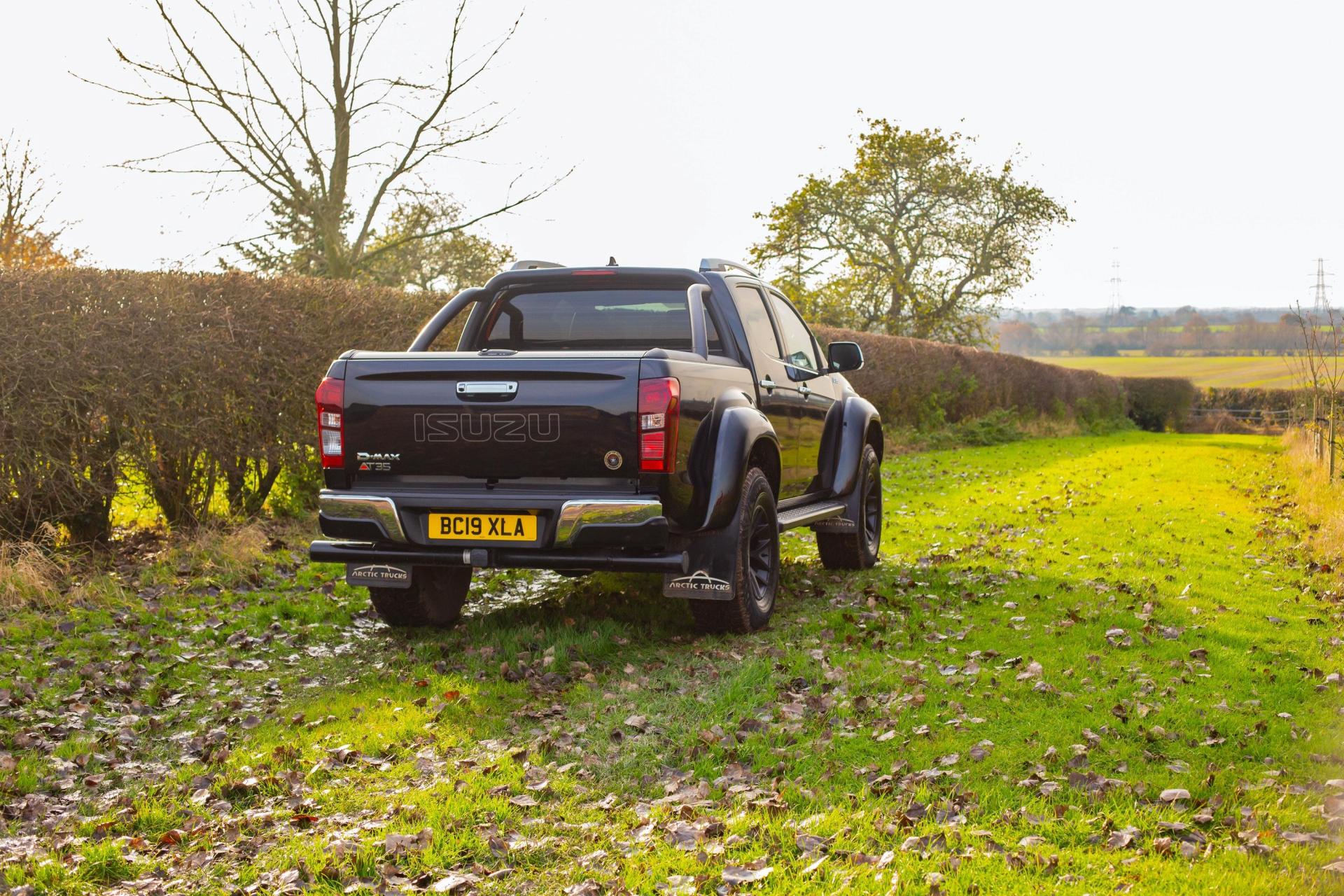 There are optional extras to exaggerate your AT35 even more, with LED light bars available for the front bumper and roof, a choice of top roll covers and an Arctic Trucks tow bar attachment.

Buying an Isuzu D-Max Arctic Trucks AT35 is definitely a heart-over-head purchase. Yes, it’s capable, but in the UK there can only be a handful of places you could really take advantage of its extra capability over a normal truck. 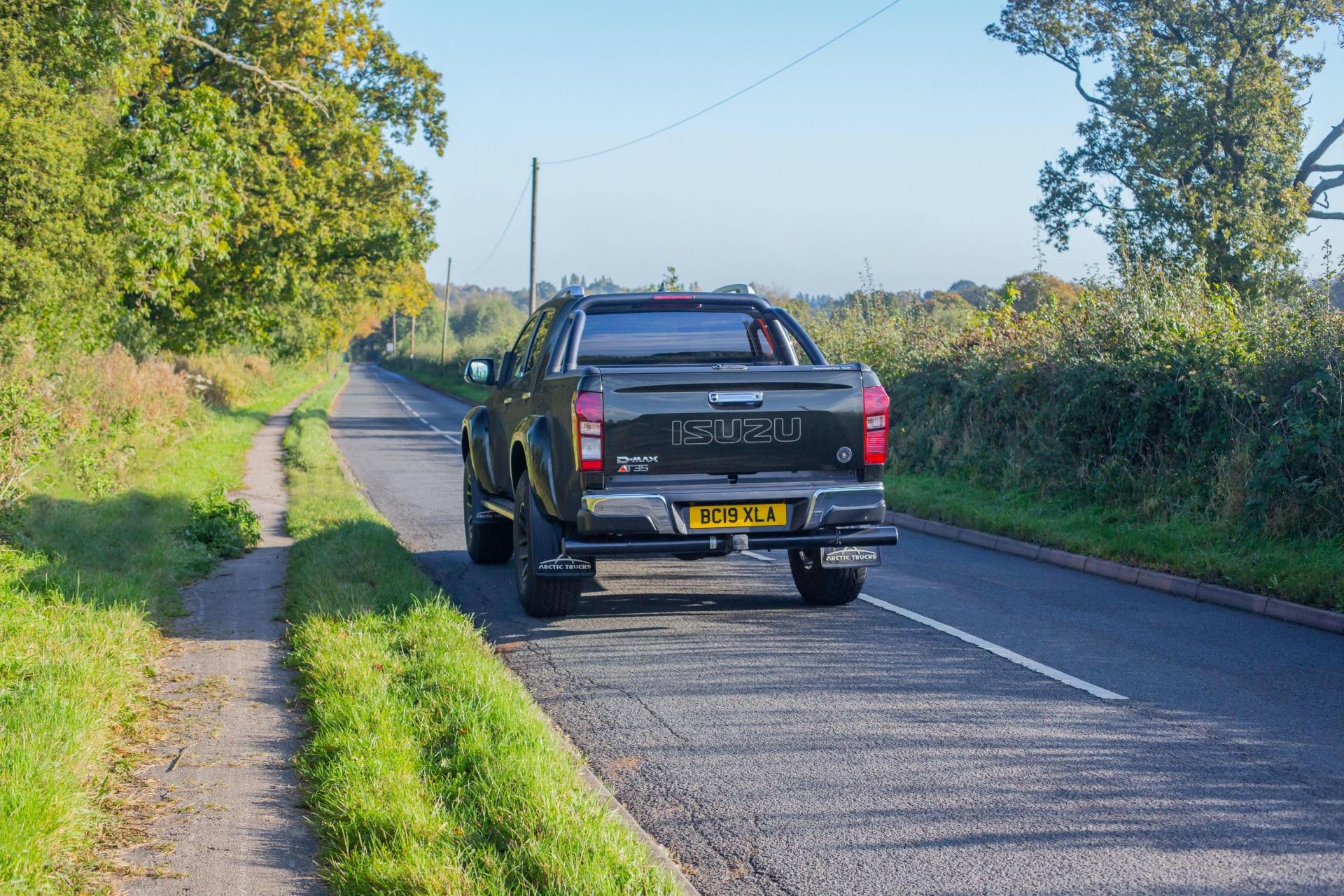 Therefore, it’s for the lifestyle lot, those who like to spend weekends mountain biking through remote forests or surfing at the beach. And for those people it’s perfect, with its wild styling and abilities bringing a smile to your face at all times. Sure, its ride isn’t great, but if you’re more worried about having fun, it’s something of a guilty pleasure that deserves to be on the shopping list.

Independent journalism costs money. Support Times of Malta for the price of a coffee.

Veracruz All Natural Reopens for Takeout Taco Orders in Austin

Genesee County officials feel storage building is worth it | Local...