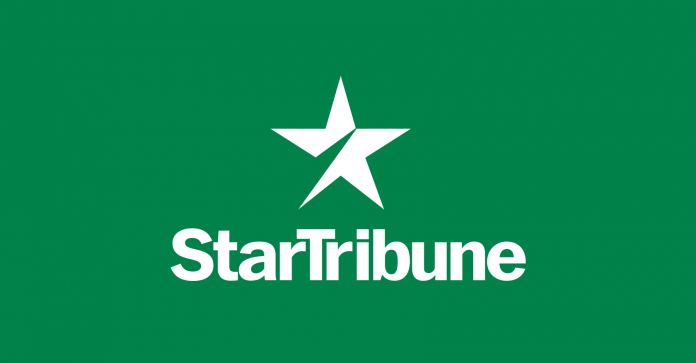 The Latest on the death of George Floyd, a handcuffed black man who pleaded for air as a white police officer pressed a knee on his neck (all times Eastern):

WASHINGTON — President Donald Trump is urging Minnesota officials to get tougher with protesters who are destroying property and looting.

Trump spoke at the White House on Saturday after protests turned to rioting in some cities around the country. He says by getting tougher, political leaders in Minnesota would be honoring the memory of George Floyd.

Trump says the U.S. military is “ready, willing and able” to assist. He says “we can have troops on the ground very quickly if they ever want our military.”

Trump specifically called out the mayor of Minneapolis, Jacob Frey. He says the mayor “is probably a very good person, but he’s a radical, left mayor.” He then described how he watched as a police station in the city was overrun.

He says, “for that police station to be abandoned and taken over, I’ve never seen anything so horrible and stupid in my life.”

CINCINNATI —The mayor of Cincinnati has announced a 10 p.m. curfew Saturday and Sunday in areas of the city following damage to businesses during protests over the Floyd’s death.

Mayor John Cranley said hundreds of people had demonstrated peacefully, with no major issues before 11 p.m., but those who engaged in criminal activity ”were not part of the protest.” Eleven people were arrested and more arrests will come as suspects are identified, he says.

Cranley says the businesses targeted were just “trying to earn a living, and be active and productive members of our community.” The curfew in the downtown and Over-The-Rhine areas will allow police to clear the streets and more easily arrest the few who might commit criminal acts, he said.

The Cincinnati Enquirer reported when many protesters began to disperse Friday night, other groups began to break windows and steal from stores. Some windows at the county justice center were broken and some restaurants and shops were broken into. About 50 businesses reported damage, officials say.

WASHINGTON — President Donald Trump has fired off a series of tweets ridiculing people who protested outside the White House and praising the Secret Service who used shields and pepper spray to push them back.

Hundreds gathered late Friday to protest the police killing of a black man in Minneapolis and Trump’s response.

The president tweeted Saturday he watched from inside the White House as officers “let the ‘protesters’ scream & rant as much as they wanted, but whenever someone …. got too frisky or out of line, they would quickly come down on them, hard – didn’t know what hit them.”

Trump said if the protesters had managed to breach the White House fence, “they would … have been greeted with the most vicious dogs, and most ominous weapons, I have ever seen.”

Trump ended the last of five tweets by saying, “Tonight, I understand, is MAGA NIGHT AT THE WHITE HOUSE???”

MINNEAPOLIS — The law firm representing the wife of a former Minneapolis police officer charged in the death of George Floyd says she has filed for divorce.

Sekula Law Offices says in a release that Kellie Chauvin is devastated by Floyd’s death and her “utmost sympathy lies with his family, with his loved ones and with everyone else who is grieving this tragedy.”

Derek Chauvin, who was fired from the police force after Floyd’s death, is charged with third-degree murder and second-degree manslaughter. Floyd died after the officer pressed his knee into his neck for several minutes even after he stopped moving and pleading for air.

The release says while Kellie Chauvin has no children from her current marriage, she is asking for privacy for her extended family during this difficult time.

RICHMOND — Protesters in Virginia responding to the death of George Floyd earlier this week in Minneapolis smashed windows at police headquarters and briefly shut down a major highway.

In Richmond, a Friday evening protest began at Monroe Park, near Virginia Commonwealth University, and drew hundreds of people who marched through the streets chanting “no justice, no peace.”

News outlets reported a police cruiser and a dumpster near Richmond Police headquarters were set on fire. A Richmond television reporter covering the protests was struck by a thrown bottle and a city bus was set ablaze.

HOUSTON — Houston police say about 200 people were arrested and four officers were injured during protests over the death of Houston native George Floyd in Minneapolis police custody.

Police Chief Art Acevedo says on Twitter most of those arrested will be charged with obstructing a roadway as several protesters blocked an interstate and a highway Friday night.

In Dallas, protesters also blocked an interstate and one officer was injured. Police in both cities used pepper spray and tear gas to disperse crowds that numbered in the hundreds.

One demonstrator was charged with attempted murder for allegedly tossing a homemade firebomb at a vehicle occupied by several officers, who escaped without harm.

The protest, one of many around the country over the killing of George Floyd by a police officer in Minnesota, started peacefully in the late afternoon in Manhattan. Problems flared after several thousand people faced off with officers on the streets around a sports arena.

Speaking Saturday, de Blasio, a Democrat, expressed solidarity with demonstrators upset about police brutality, but says there will be a full review of what went wrong.

He says he was upset by videos of the confrontations “where protesters were handled very violently” by police and by reports that at least two elected officials were among the people sprayed with irritating chemicals by officers at the scene.

“That’s unacceptable, and we need to understand exactly why that happened,” the mayor said.

Many people in the crowd threw bottles at police. A group set fire to a police van and battered several other police cruisers with clubs.

Protesters blocked traffic along major streets, threw bottles and other objects at police vehicles and shattered the windows of downtown businesses. About a dozen squad cars were damaged and some officers suffered minor injuries, including broken wrist.

He called the property damage “minimal” and joined some other police chiefs around the country in empathizing with the protesters. He criticized the actions of the police involved in the death of George Floyd.

He says, “We don’t want our officers treating anyone like that.”

St. LOUIS — Protesters blocked a downtown St. Louis interstate for three hours on Friday, set a fire in the road and broke into trucks in a demonstration over the death of a black man in Minneapolis.

Protesters blocked I-44 for nearly three hours after taking to the streets Friday night, the St. Louis Post-Dispatch reports.

A protester who died had climbed between two trailers of a Fed Ex truck and was killed when it drove away, according to reports. Police say they were investigating.

The crowd dispersed after a few gunshots were fired. Police did not report any arrests.

Tensions between police and minority residents have lingered in the St. Louis area since the 2014 death of Michael Brown in Ferguson.

In Kansas City, Missouri, police used pepper spray on people marching through its Westport bar-and-entertainment district Friday night, The Kansas City Star reports. Police say a window was broken and protesters appeared ready to use a police barricade to do more damage.

CHARLOTTE, N.C. — Protesters in Charlotte responding to the death of a black man in Minneapolis looted stores, kicked and stomped on police cars and engaged in confrontations that led to multiple arrests.

News outlets report protests in the city Friday night began peacefully but turned violent as the night wore on. A grocery store and a cell phone store were looted, and protesters threw rocks at police, smashed a police bicycle, slashed the tires of a police car and stomped on other police vehicles.

Officers responded by deploying tear gas canisters. Police say they made several arrests but did not provide an exact number.

One of those arrested and charged with failure to disperse was City Council member Braxton Winston. He was released several hours later.

Charlotte-Mecklenburg Police Chief Kerr Putney told WBTV in Charlotte that protests began peacefully and police were prepared to accommodate that, “and then it turned on us.”

He added the police, “showed restraint, but they took care of business.”

MINNEAPOLIS — The governor of Minnesota says he plans to fully mobilize the state’s National Guard and promised a massive show of force to help quell civil unrest following days of protests over the police killing of George Floyd.

Gov. Tim Walz says he also spoke with Defense Secretary Mark Esper and Chairman of the Joint Chiefs of Staff Gen. Mark A. Milley about getting federal assistance to help stop the violence.

Walz blamed much of the destruction in Minneapolis Friday night on well-organized, out-of-state instigators whose goal was to “destabilize civil society.”

Minnesota Public Safety Commissioner John Harrington vowed a stronger police presence and a change in tactics “because this is intolerable and we are coming to stop it.”

Something smoldering in truck starts fire at Poland Recycling Center

Monroe restarts its economic engine, as things begin to hum |...