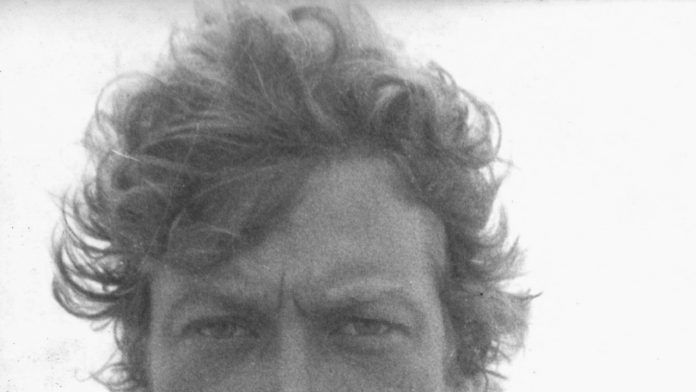 Jobe told me that the town council had agreed to allow hunters from “outside” to shoot some of the island’s musk oxen. It had set up a lottery system, and the winners were allowed to shoot one apiece, for a fee. Jobe mostly hunted walrus, but he had guided eight hunting trips for outsiders looking for musk oxen, earning as much as a thousand dollars per expedition.

Marvella Shavings’s husband, Edward, was also a guide, and when he heard about my plan he invited me over to talk about musk oxen. The walls of their house were decorated with photos of him with hunters he’d guided, posing with staunch expressions next to enormous beasts crumpled at the shoulder. For the past three years, Edward explained, the hunters had been allowed to come in March and September, and the community permitted forty musk oxen to be killed each season. I was shocked: the island’s entire population of musk oxen was about four hundred.

I’d intended to start collecting qiviut at Nash Harbor, an uninhabited site on the northwest coast where the musk oxen traditionally grazed, and where Matthiessen had set his base camp. But Edward said that the oxen, made skittish by the hunting, had abandoned their usual grazing patterns. Nobody was sure where they were these days. I made a new plan: an overnight hike, for reconnaissance, to an inland summit that the locals called Musk Ox Hill. From there, I was told, I’d be able to see for miles in every direction.

Before leaving Anchorage, I’d bought a U.S.G.S. topographical map of the island, from the Fish and Wildlife Service, and had it laminated against the weather. The map depicted an arrowhead-shaped mass of volcanic rock, forty-seven miles wide and sixty-six long, dotted with ancient cinder cones and dormant volcanoes that ranged as high as seventeen hundred feet. The coastline was notched in places with lagoons, where rivers from the interior flowed into the sea. Elsewhere, the land ended abruptly in cliffs, where the winds could blow a man over the edge.

The map showed the interior as an expanse of undulating tundra, riddled with hundreds of blue spots that indicated water. The larger dots were crater lakes; the smaller ones, speckled across the island, were muskeg, or Arctic bog. Jackie Williams, an old Cup’ig man in Mekoryuk, had warned me about muskeg. The water was frigid, he said, and the surfaces were thick with algae, making them indistinguishable from the surrounding tundra. If I fell in wearing a backpack, I might not get back out.

Undaunted, I packed a few days’ provisions and made my way inland. Jackie hadn’t misled me. The island was covered in mosquito-infested bogs, and hiking through them felt like wading through drifts of snow. Dry land was not much less treacherous: tussocks of tall grass made for unstable footing, where it was easy to turn an ankle or break a leg. The weather was raw and cool during the day, freezing at night. Still, I was finally in the Alaskan wilderness, and it was exhilarating. “Totally alone on the tundra,” I wrote, from a spot that I named Reconnaissance Camp 1. “Jet streams occasionally, but that’s all.” I followed reindeer tracks upriver, passing lichens and flowers that covered the terrain in outlandish colors. Gulls and kites wheeled overhead. I slept out in the open that night, with my sleeping bag spread on a waterproof pad. Along the river, I had shot two more humpies with Jobe Weston’s rifle, and I cooked one for dinner. I had brought the James Clavell novel “Shōgun,” and I read to keep myself company as I gnawed on salmon.

The next morning, I found myself stalled by two blue dots on the map: a small lake and a stretch of muskeg. I skirted the lake, and cut up a tussocky ridge. As I came over the top, I spied large, dark shapes among the hummocks, about a mile away. With my binoculars, I saw that they were musk oxen—a group of them, resting.

As I made my way toward them, one of the musk oxen, a hulking bull, appeared in my path. He was clearly scouting for trouble, and though he couldn’t see me or smell me, he’d heard me, and he was taking off fast back toward the others. I moved cautiously, hopping from tussock to tussock, keeping myself downwind of the bull. By the time I was sixty feet from the group, I was close enough to see their sunstruck hair, the qiviut sweeping off their massive shoulders and into the wind. I waited, hoping that they’d move, so that I could check their resting spot. To rouse them, I attempted some birdcalls: one that I hoped would sound like a kookaburra, and one like an owl. The oxen lay there, oblivious. A stork on a nearby slope strutted about scornfully.

At last, the bull got up, turned, and stared straight at me. His horns were sharply pointed, the size of a man’s forearms. A bony plate between them made his head look covered in armor. Male musk oxen in rut are known to butt heads for eight hours at a time, with a speed and a force that no other animal can match. The only advice I had heard about being charged by a musk ox was “run.” I braced for an attack, but the bull just stood there, munching grass. Three others got up, too, clustering together with horns radiating out as a calf clambered to the middle of the group. They were, I realized, getting into a ring to protect themselves from me.

When I popped my head over the ridge, they all startled, then loped away, as quick and graceful as gazelles. On the flanks of a nearby hill, they returned to their grazing and seemed to forget about me. I crept up to the spot where they had been resting, bag at the ready for qiviut. There was nothing but grass. “Nada!” I wrote in my journal. “I wonder if I’ll find any.”

To reach the summit of Musk Ox Hill was a climb of only a few hundred feet. “Windy at top,” I wrote. “Bleak, bleak, bleak.” A geodetic marker, dated 1951, sat next to a reindeer skull. To the south, I could see the island’s highest peak, Roberts Mountain, and to the east, across the Etolin Strait—the thirty-mile stretch between Nunivak and the mainland—I could see the outlines of Nelson Island, its shoulders streaming ice. I’d heard harrowing stories about these waters from Jobe, who hunted there. One June, he told me, he and a friend took a boat onto the strait to look for seals. They stayed out for a few hours, lingering to catch smelt roe and shoot geese. By the time they turned back, a fog had rolled in, and they drifted blindly as the current carried them far north of town and the ice closed around them.

For two days they were caught in this limbo of fog and ice. Finally, they decided to leave the boat and set out on foot. At that time of year, the ice was treacherous—thin and unpredictable. To be as lightweight as possible, they left everything behind in the boat. Eventually, picking their way step by step, they made it back to land. Later, when the fog lifted, they hiked back out to retrieve the boat, but the ice was gone, and so was the boat. “No doubt someone in the Kamchatka Peninsula is happy,” Jobe had told me, wistfully.

Scanning in all directions from the summit, I could see no great herds of musk ox. Below me, the small group that I’d seen earlier had gathered on the shore of a lake. They seemed to be playing a game: the cow was running back and forth, the calf hustling to keep up, the bull giving chase but never catching them.

Young mum diagnosed with cancer and husband hit by truck both...