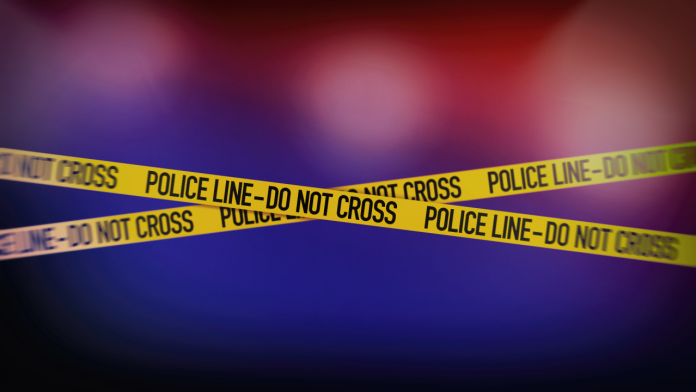 WALTON COUNTY, Fla. (WMBB) — Hunting season is in full swing by mid-January. Across the state, hunters gear up and trek through Florida’s thick wildlife to stalk and kill their dinner. In Walton County, you might expect a wild boar or a Whitetail deer if you’re lucky, but never the corpse of a 15-year-old girl.

Such was the fate of two hunters on Jan. 14, 1984, when they went out looking for food and found Linda Lee Martin half-buried in a crude grave about a mile and a half north of DeFuniak Springs.

The gravesite was near a dirt road, known at the time as Gas Line Road, which led to another dirt road which led to a landfill. She was buried headfirst with her legs sticking out of the ground, according to news reports. Her hands and feet were bound behind her back with an electrical cord and she was fully clothed.

Meanwhile, a missing person report had been filed with the Walton County Sheriff’s Office about a month earlier for what seemed like a troubled young girl. She was previously a student at Walton Senior High School but had not attended classes for quite some time. She was also a frequent runaway but would usually turn up at a friend’s house about a week or so later.

Martin was last seen alive leaving her mother’s house on Nov. 28, 1983. Her parents didn’t think much of it due to her history of short-term disappearing acts. Until she still didn’t turn up by Dec. 19.

Experts working the case said someone had probably buried Martin’s body in that grave at least by the time she had been reported missing.

“I think the guy tied her wrists and legs together because he could more readily carry her that way,” Edmund Kielman, WCSO’s deputy medical examiner at the time, told the Daily News on Jan. 18, 1984. “If she was put in a truck and carried to the spot where she was found, it would have been easier if her feet and hands were bound together.”

But the cause of death continued to elude them. Martin’s body had no knife, gunshot or blunt force trauma wounds. The bones in her neck were also intact showing no signs of strangulation. And because of the decay on her lower body, it was impossible to tell whether she had been sexually assaulted.

While medical examiners were not 100% sure of her cause of death, they said it was most likely drug-related. A lab test to scan for drugs was issued.

At the time, rumors and bad information were flying around Martin’s case, according to Tom Pagels, WCSO’s chief deputy at that time. The Sheriff’s office ended up using polygraph tests to interview people who knew Martin to try to weed out the lies from the truth.

“Some people will say just about anything under the sun,” Pagels told the Daily News on Jan. 26, 1984. “They’ll name possible suspects and tell us how it was done. Everyone’s got it solved except us.”

One of the people subjected to a lie detector test was Ronnie Earl Slay, a 21-year-old self-employed lumberman from Ponce de Leon. Slay and Martin were apparently in a romantic relationship at one point.

Three weeks after recovering Martin’s body, the WCSO arrested and charged Slay for her murder. According to news releases from the Sheriff’s Office at the time, community phone tips led to the arrest.

Not much evidence was revealed to the public about why Slay was arrested. Clyde Wells, the First Circuit Court Judge at the time, said the case against Slay was “largely circumstantial,” but enough to build a circumstantial case, according to news reports. Slay’s polygraph results were not released to the public.

A Holmes County deputy at the time said he knew Slay and was surprised by his arrest, according to news reports.

In a written ruling in July 1984, Wells granted the motion to dismiss the charges because of a “complete absence of any scientific evidence linking (the accused) to this crime.”

Slay still lives in Ponce de Leon and did not return request for comment.

The Walton County sheriff at the time Quinn McMillian later said he thought more than one person murdered Martin and that he believed that the murderers knew her well, according to news reports.

The investigation is open and the murderer remains a mystery.

The Walton County Sheriff’s Office did not return a request for comment.