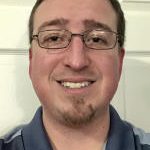 I’m no mechanic, but lately I have been receiving a crash course in how to keep a 1940 model Chevrolet truck running. It’s been a very cool experience.

The truck, in all of its original glory, was completely restored by my grandfather. The story of how he came to own it is quite remarkable, but that will be left for another time. For now, suffice it to say that this classic vehicle is special in more ways than one, and now I am getting the opportunity to work on it, learn about it, and hopefully at some point in the very near future, show it off to folks at one of our local car shows.

My grandfather told me several years ago that he wanted me to have the truck. I was grateful, obviously, but I also wasn’t sure if I would even know what to do with a rolling piece of history like that. As I said, I’m no mechanic, so I didn’t have much faith in my ability to keep it running. I also wasn’t sure where I would store such a vehicle, as it would most definitely need to be kept somewhere where it would be safe from extreme hot or cold conditions, moisture and direct sunlight, among other potential hazards.

When my grandfather first began telling me that he wanted to pass the truck down to me, he explained that we would need to try to get together and repair the gas tank. It had been leaking fuel, and he was hoping that he and I could find the time to fix the problem together. Once that task was complete, he said that it should be ready for us to take it out on the road.

Of course I would help with the gas tank repairs whenever I could manage to set aside enough time in my busy schedule, but after that, I was actually hoping to convince my grandfather that he should just sell the truck, and that he and my grandmother should use the money to do something nice for themselves while they still had the chance.

My grandfather was adamant about me eventually taking possession of the truck, though, and now I must admit that I am very glad he took that stance.

My son growing up, a hectic work schedule and the arrival of my daughter all factored into me not being able to carve out enough time to help fix the gas tank on the old Chevy. Year after year went by, and all we did was talk about it at family gatherings. “We need to fix the gas tank on that truck,” got said many times at the dinner table, to which I would always respond, “I know, but I’ve just been so busy.”

Unfortunately, as time went on my grandfather began experiencing more and more health problems. That eventually led to him not being able to do very much work around the house anymore, and for this reason I started feeling a heightened sense of urgency to make time and do my part to help get the old truck running again.

Finally, on July 4th weekend of this year, I set aside all other plans and for three straight days my dad and I worked on that truck. Under my grandfather’s watchful eye, and with plenty of his input, we were finally able to get the gas tank patched up and get the engine going again after many years of it sitting dormant.

Now I love the truck.

Within just a short time of beginning to work on it, I found myself wanting badly to get behind the wheel and drive it around. When that time finally came, there was something sort of magical about shifting gears in a vehicle that was made for a world that existed close to a century ago. I found that riding in it just seemed to make the year 2020 disappear for a while, with all of its worries about COVID, its anger over social injustices and its anxieties about the upcoming presidential election.

The good feelings didn’t last long after we finally got the truck running, however, with it dying shortly thereafter and us having to tow it back to my grandfather’s house in frustration. But it did run! And it would again just this past weekend.

In the interim I had plenty of paperwork to complete, an inspection to schedule and a couple of visits to city hall to get the title and registration all lined out. I’m still in the process of getting all of this finalized so that everything can be legal and in its proper place as far as ownership and whatnot, but as for the truck itself, after a couple more visits and a few more tweaks, my dad and I were able to fire the engine back up again on Sunday afternoon.

I am very pleased to say that it ran well, and we were able to drive it around the neighborhood several times without it dying on us, overheating or refusing to start again after it had been turned off. Knock on wood, I hope that will continue to be the case, because I would love to be able to bring the truck down to the next Cumberland Valley Cruise-In event in downtown Corbin. Of course, we’ll have to wait and see, but I think that would be a really neat thing for us to get to do if it all works out.

So, if anyone out there happens to read this, and you happen to see me downtown with the truck at the show, feel free to come up and say hi. Maybe we can fill you in on the story of how my grandfather came to own it before he graciously decided to pass it down to me.