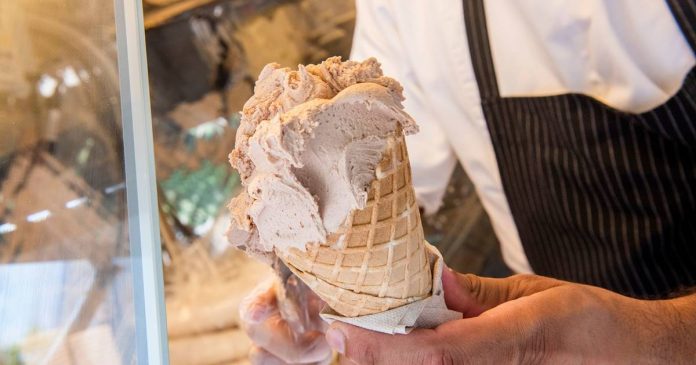 The top new ice cream and gelato in Toronto signifies that summer has officially arrived, despite the fact that we can’t celebrate it in all the usual ways. These new makers of cold treats are providing us with the comfort food we need right now.

Here are my picks for the top new ice cream and gelato in Toronto.

Inventive flavours of gelato such as tofu black sesame, rosemary olive oil and banana vanilla are now being sold at a brick-and-mortar shop (Nani’s started out as a food truck). Find the new store near Bloor and Yonge.

This new ice cream shop on Lake Shore Boulevard in the Harbourfront area comes from the people behind club Daisy and is a literal shack serving soft serve and popsicles alongside classic snack shack faves for some true throwback summer vibes by the water.

The people behind Nodo and Piccolina on King West are now bringing their classic Italian gelato concept to their Nodo location in Leslieville. Expect classic flavours such as pistachio, hazelnut and lemon as well as vegan options like banana and strawberry.

This pop-up CNE-style summer market is selling all kinds of wild goodies, but they’re really becoming known for their vanilla dill pickle soft serve and charcoal-infused coconut ice cream served in half a fresh pineapple.

You can now DM this homemade ice cream service to get flavours like chocolate, strawberry, olive oil with sunflower seeds and ube delivered to your door.

Lots of options for frozen treats with or without dairy are available at this new gelato shop near Yonge and Lawrence, with flavours like oat milk pecan maple syrup, fromage blanc apricot, mango, lemon, banana, tiramisu, candied orange chocolate, mascarpone and whiskey pecan.

This speakeasy in the Junction has turned into a private discotheque selling booze and gelato in flavours like strawberry and pineapple.

Ice cream in flavours like coconut pandan topped with deep-fried cassava cake and pandan Stik-O’s is the result of a collaboration between this new Filipino restaurant near the AGO and Knockout Ice Cream.

You can now pick up gelato in flavours like hazelnut and chocolate as well as gelato bars along with your other Italian staples such as pasta, bread, sauce and booze from this new production space in Corktown that’s part of the Terroni empire.

Planes grounded by COVID-19 kept in tip-top shape at Changi –...