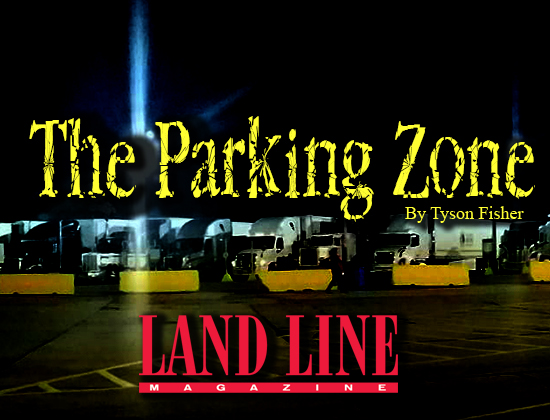 New reports regarding local truck parking are too numerous and small in scope to report on individually. However, what each of these news items means to the underlying national problem is too significant to ignore. Below is a roundup of the latest truck parking-related news items from across the United States, ranging from proposed legislation regarding fines to new truck stops.

Let’s start this Parking Zone on a strong note. A proposed truck parking yard for nearly 500 trucks is closer to reality in Manteca. Calif., according to the Manteca/Ripon Bulletin.

There was some resistance from residents in a large subdivision nearby. However, the city council and the developers reached a deal that would divert truck traffic away from the town. Apparently, that was enough to satisfy all parties. As a result, the truck parking yard will be operational 24/7.

According to the report, 10 different buyers were interested in the truck parking yard once completed. Further details are unknown as of publication, but nearly 500 truck parking spaces is a good start.

A Love’s Travel Stops is currently being built in Bliss, Idaho, off of Interstate 84, according to KMTV.

This is one of those seemingly rare cases where a truck stop silently gets approved in a city with little to no resistance. The mayor even acknowledged how 85 new jobs will be available, which is a good thing.

When it is complete, there will be 116 more truck parking spaces in the area. Construction is expected to be finished in December.

After months of working with private and public stakeholders, the Florida Department of Transportation has finally released the results of its Statewide Truck Parking Study. Truckers likely already know where the problems are, but now that the government does, action can be taken.

If you want to get into the weeds of the 142-page study, check it out here. Below are some key takeaways:

Now that Florida has all the information it needs, the state can get to work with meaningful action. Truckers are tired of taking surveys, but this is the end result of taking them. Let’s hope they follow through with this.

A large truck has been proposed off of Interstate 135 in Park City, Kan., and many residents are not too thrilled about the idea.

According to KAKE, residents gathered signatures for a petition that opposes a possible truck stop in the town. The usual arguments are included: noise, light, etc. However, the truck stop is nothing more than an idea at this point.

To start, the potential location will need to be rezoned. So far, no rezoning request has been submitted. According to KAKE, the developer has not said much either. Essentially, the residents are putting a stop to this before it even begins. At this rate, truckers should not expect a new truck stop in Park City.

If you have ever been to Tarzan, Texas, you might be familiar with Tarzan and Jane Gas and Grill. The brothers that own that plan to expand with a truck stop in Stanton.

According to the Midland Reporter-Telegram, a second Tarzan and Jane Gas and Grill location is being built off of Interstate 20 in Stanton. The location is a former U.S. Army surplus store being remodeled for the truck stop.

Construction has been delayed because of the pandemic, but it appears that this definitely is going to happen. According to the report, the owners were going set up shop in Midland or Andrews. However, they chose Stanton because they felt the town needed another truck stop. The two moved to the area to work in the oilfields, so they likely know the needs of the trucks coming in and out of the area.

Dozens of trucks ordered to be removed

Even unofficial truck stops are under attack. A judge in Northampton County, Pa., has ordered a property owner to remove 50 tractor-trailers from a lot, according to Lehigh Valley Live.

The lot was formerly used for a car dealership’s excess inventory. However, the new owner has been using it to park 50 trucks. Officials argued that makes it a truck stop, which is not allowed without a permit. The order says it poses a 24-hour nuisance. Trucks also pose a safety threat because they have to makewide turns.

The property owner did not argue against the order. They owners are evicting the tenants who are using the lot to park trucks. Now, 50 trucks are without home, which will be hard to find in that area.

A new Truck World in Conneaut, Ohio, is now open. The truck stop is near Route 7 and Interstate 90.

According to the Star Beacon, this has been in the making for a while. Discussions regarding construction began back in 2017. From there, it was the usual city council approval procedures.

The Star Beacon states the grand opening is in September, but the Truck World is open for business now.

The Iowa Department of Transportation recently announced the closure of 18 rest areas. However, there is some good news.

First, the bad news. IDOT will be shutting down eight of the 38 full-service rest areas. Additionally, the state will close 10 smaller parking-only rest areas. These closures will occur by 2028, when they reach the end of their useful life. Many of these rest areas are at least 50 years old, and replacing them will be too costly.

* This is actually Love’s largest ever travel stop, with more than 17,000 square feet of space.

4 dead after tanker truck explodes on highway in China |...