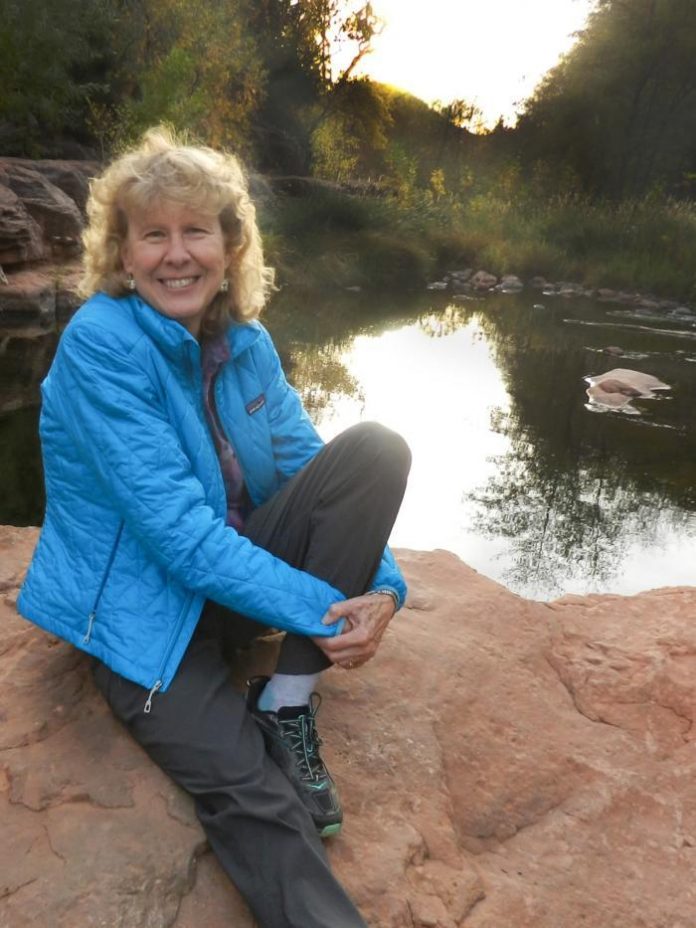 The gopher tortoise was Berish’s primary research subject for the commission. This tortoise, a threatened keynote species, is found in the southeastern United States.

She believes her memoir contains a third, though not so literal, association to the word “fire.”

It’s about her career-long ardor to understand the gopher tortoise. “If you want to understand a long-lived species, you need to study it over time. They live from 40 to 60 years. I absolutely loved the research, and I always, always had more questions,” Berish said. “To try to understand the animals, that’s what fed my fire, the fire of working on these enigmatic reptiles.”

Growing up in Fairland, Maryland, Berish developed a lifelong affinity for animals. She sometimes tagged along with her two older brothers and their friends to a nearby island where she caught frogs, toads and box turtles. At home were dogs, a cat and occasionally rabbits. In her preteen years, she sketched African wildlife, thinking she would be the next Jane Goodall.

The young Berish took riding lessons, and that led to her wanting her own horse. Her horse obsession resulted in 35 weeks of secretly saving school lunch money to help buy one.

After graduating with a B.S. in biology from Murray State University, in Kentucky, Berish moved to Albuquerque. In search of work with animals, she took a job cleaning cages and waiting on customers at a small pet store. Then she worked as a cocktail waitress, a gift shop clerk and a substitute teacher before moving on to a nuclear medicine research technician, a position that was part of a UNM School of Medicine project at the Veterans Affairs hospital. From there, she was a veterinary technician with varied tasks.

And then came the job as a helitack firefighter.

In graduate school, she intensively studied the distribution of the threatened eastern indigo snake in southern Georgia. It is one of the largest nonvenomous snakes in North America, Berish writes, and penetrates the deep gopher tortoise burrows and other underground refuges.

The memoir brims with humorous moments and colorful characters. In one misadventure, her truck broke down in a small town. She told the cops she could sleep in her truck but the snake needed warmth. She and the snake ended up in an abandoned jail.

“The former jail was decrepit but it had a heater and would be warm. So I reclined on the bottom bunk in one of the cells, while the snake resided in his sack on the top bunk,” Berish wrote.

Berish has been on a three-pronged lifelong quest – to work with animals in nature, to have mostly outdoor adventures, and to satisfy her curiosity for knowledge. She seems to have accomplished those goals.