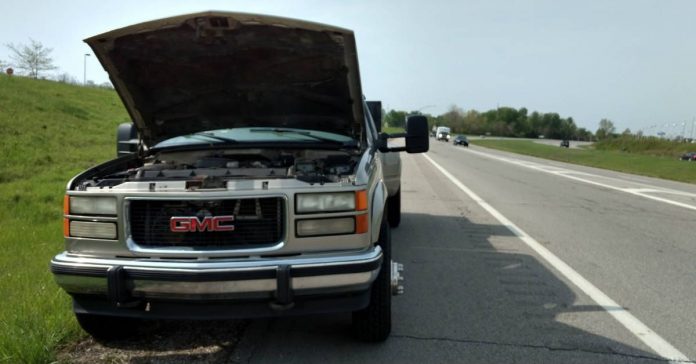 Generally, pickup trucks are workhorses. They’re supposed to assist you on the job, carrying heavy loads of cargo from site to site. They are also supposed to be reliable off-road, taking you on adventures that may be impossible otherwise. It’s no wonder that the demand for these trucks has been steady in the past few years.

Unbeknownst to many, however, pickup trucks can fail and when they do, they can end up costing you a lot of money. Just look at these 10 pickup trucks that would spend more time with the mechanic than you:

Generally, the Tacoma is a good truck. It won’t really give you problems so long as you stay away from the 2010 model. According to the National Highway Traffic Safety Administration (NHTSA), the 2010 Tacoma has been the subject of 13 recalls over the years.

Among its major issues is that the truck’s propeller shaft in the powertrain may fracture, making it hard for the driver to control the vehicle. Aside from this, it was also found that the truck has a suspension problem wherein the fuel tank can be punctured and cause a fuel leak.

The 2004 Titan has become the subject of seven recalls so far. As many as 1,025 complaints have been filed against this truck too, according to the NHTSA. One of its major issues is that its engine control module (ECM) relay may experience silicon vapor formation.

As silicon evaporates from the diode molding of the ECM relay, silicon oxide would also develop. This oxidation may cause the truck’s engine to stall when traveling at low speeds. The 2004 Titan also suffers from an improperly welded lower control link assembly in the suspension. This can severely affect vehicle handling.

Just like the 2010 Tacoma, the 2006 Ridgeline has also become the subject of 13 recalls. Among its issues is that the wiring harness connector for the truck’s HVAC blower motor is located right under the passenger’s side of the instrument panel.

Because of this, it is possible for the front seat passenger to kick the motor with their feet. If this happens, the connector terminal may overheat, and fire may readily occur. In addition, it was also noted that the truck’s fuel pump relay may break. If this happens, the engine will not start.

RELATED: 15 Trucks We’d Buy Instead Of The 2020 Honda Ridgeline

The 2015 Canyon has been the subject of seven recalls and two investigations so far. On February 1, 2016, a recall was initiated after it was found that the steering gear connector had a poor electrical connection. This may cause a sudden loss of power steering assist.

A couple of years later, on May 31, 2018, another recall was done after a possible detachment of the high-pressure fuel pump from the mounting flange was discovered. If this happens, the pump can possibly damage the truck’s high-pressure line and cause a fuel leak.

So far, the 2000 Ranger has been the subject of nine recalls and 684 complaints. One of its major issues involved the truck’s Firestone tires that were prone to tread separation if the truck continues to be driven in high speed and hot weather while the tires have low inflation pressures.

In addition, it was also found that the truck’s speed deactivation switch may begin to leak internally. If this happens, an overheat can occur. Even worse, it may also start an underhood fire.

The 2001 F-150 has already been the subject of 20 recalls and 1,317 complaints, according to the NHTSA. Over the years, there had been nine major issues found in the truck’s exterior lighting. In addition, this truck also has a similar issue involving the speed control deactivation switch as the 2000 Ranger.

Aside from this, it was also found that the fuel tank strap on this F-150 may corrode over time. This can eventually cause a fuel leak and if an ignition source is present, it can also start a fire.

Unfortunately, the 2015 Silverado 1500 has been the subject of 20 recalls already, along with 646 complaints. One of the recalls was initiated because the truck’s vacuum pump level would drop and decrease the power brake assist. This would mean that a driver would need more braking effort to stop the car.

Meanwhile, in October 2019, a recall was also initiated because of a software error that can cause sudden unintended braking. This can be rather dangerous especially if the truck is being driven at high speeds.

The 2011 Colorado has had five recalls so far. One of the issues involves an adjustment clip in the automatic transmission which was not built according to GM’s specifications.

According to the owner notification letter, it is possible that the adjustment clip would not be able to retain the shift cable in the right position. As a result, a driver can readily move the truck’s shifter to Park and remove the ignition key even if the transmission gear is not in Park. Because of this, the truck could move as the driver exits the vehicle.

So far, the 2019 Ram 1500 has already been the subject of 19 recalls. Among its major issues is a cruise control system that would not disengage. This is caused by a short circuit in the truck’s wiring. In addition, a recall was also initiated after it was found that a gear in the truck’s transfer case may not have been properly installed.

Because of this, there is a chance that the truck would get stuck in neutral. Even worse, the truck can lose power without warning. It is also for the truck to lose its Park function altogether.

The 2020 Gladiator may be a new model, but it has already subjected to three recalls. The first recall was initiated on August 29, 2019 when a problem was found in the assembly of the truck’s rear driveshaft. Because of this, the driveshaft may fracture, and the truck would suddenly lose power.

In March, a second recall was done because the truck’s clutch pressure plate may overheat and proceed to fracture. Meanwhile, the third recall was issued because of a software error that causes the rearview camera image to remain displayed after the truck has already reversed.

NEXT: 10 Details About The 2020 Jeep Gladiator You Didn’t Notice