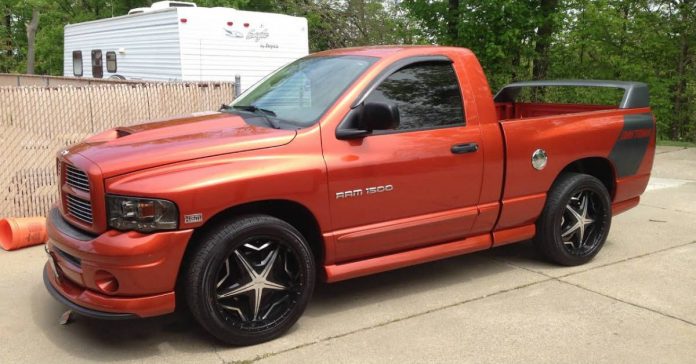 Pickup trucks have gone from merely used by construction workers to an everyday vehicle for many drivers. They’re handy for folks in rural areas who haul a lot of cargo for their work and trips, but some pickups are just as fun driving in the suburbs. They appeal to the adventurous type who enjoys a tough ride, and even a used truck can still be a good bargain as companies do their best to make them durable.

Sadly, the list of pickups that are huge disappointments is long. It’s one thing for a usually reliable model to have an off-year or two. It’s another for companies to put out pickups that had serious promise, but the final result is lacking. It’s not just the “worst” pickup but just a letdown from its potential. Here are 15 of the most disappointing pickup trucks ever made and a shame they couldn’t live up to their hype.

Related: 15 Toughest American Pickup Trucks Of the “80s and ’90s

The Dodge Ram is generally a great pickup, but they sure dropped the ball in 2005. The Daytona was meant to be a cool, limited edition to beef up sales and a decent look. The big issue was that the massive rear wing couldn’t be removed, which hurts the storage capacity.

It became obvious more work was put into making the Daytona look cool than being a capable pickup, and the weak frame helped make it a sales failure.

Rushing a car into production never ends well, but Cadillac failed to heed that adage in 1976. The Mirage was intended to be a mix of a pickup and muscle car, and maybe with a little more effort, it could have worked. Sadly, the result was a shoddy car that looked like a poor sedan with a very large open flatbed.

The frame was too weak to support heavy hauling – and forget towing. The sad thing is that the Mirage had great interiors and a decent engine, so with just a bit more planning, it could have been a capable truck instead of a letdown.

Generally, the F-150 is the best pickup you could ask for. But nobody’s perfect and 2004 is easily the worst model year for the F-150.

The problems go from minor (windows not rolling up) to major (spark plugs breaking off or causing ignitions and leaks), and it was prone for recalls. Thankfully, later models are better, but Ford had a severe off-year here.

The idea behind the Explorer Sport Trac was sound. The Explorer was an excellent SUV, so altering it for a pickup truck might have worked. It’s not as horrible as other trucks on this list, but the Sport Trac should have been much better given the push behind it.

The bed was far too small to work appropriately for hauling, and the engine lacked the “sports” power. The first generation lasted just four years, and an attempted revival wasn’t much better to make it a failed experiment.

Mercedes-Benz bragged that the X-Class would become historic and, in a way, they were right: It was soon ranked as the worst pickup in years. The problem is few genuinely want a “luxury” pickup, yet Mercedes-Benz insisted on a car packed with high-tech interiors rather than true power.

It took little time for the company to realize no one in Europe was that interested with barely over 16,000 sold in 2018 and 10,000 in ‘19. The plug was pulled to make it a massive flop for the company.

Related: Here Is Why These 15 Used Pickups Are A Great Investment

Overall, the Nissan Frontier is a pretty decent pickup for its price and worth getting. Just make sure it’s not the 2006 version. A redesign led to a weaker frame and affected the Frontier’s hauling power.

This model had seven recalls thanks to cross-contamination of oil, radiator leaks, and more. A class-action lawsuit forced Nissan to make improvements, and the Frontier has bounced back. But 2006 is a year that should be avoided majorly.

The Canyon is an okay truck in most years, but it’s overwhelmed by much better offerings from GM. Several models of the Canyon aren’t just bad but downright horrible. There have been a total of 20 recalls for the Canyon, seven alone for the 2015 version.

The issues vary from leaking fuel/oil lines to faulty airbags to losing power without warning. Even a top-notch Canyon can still suffer from weak engines and hauling capability, and it’s amazing the car keeps being produced.

In the annals of terrible car ideas, the Chevy SSR is one of the biggest. It had a lot going for it with a top-notch engine that could get 126 mph and was pretty reliable. But it had almost no trunk space or towing power, which defeats the purpose of a pickup.

Worse, of course, is how it was a convertible. Owners wanted something strong and sturdy, not for an afternoon country drive. This was a terrible crossover idea and no wonder if failed.

The problem with the Subaru BRAT is that it’s a sedan masquerading as a pickup truck. The “Bi-drive Recreational All-terrain Transporter” was meant to be a new style of off-road pickup that was able to work as a good speedster. It lasted 16 years and aided by how Ronald Reagan owned one himself.

Yet the BRAT was also very ugly, and its hauling/storage power was laughable compared to other pickups with terrible trunk space. It was a decent sedan but a horrible choice for a pickup truck.

It’s almost forgotten how Ford has done a lot of work in the United Kingdom. Sadly, their most infamous effort is one of the company’s worst trucks ever. The Thames Trader was useful in hauling and used in England from 1957 to ‘65.

But it has to rank among the ugliest trucks ever made with a bizarre forward-cab design. Its colossal size was also a detriment on the road as it couldn’t get to high speeds and was challenging to navigate. It’s little wonder no one wants to buy one today.

Related: These Massive Trucks Are Useless As Daily Drivers

You can’t make a list of terrible pickups and not mention the 1972 Ford Courier. It’s the Edsel of pickup trucks. Technically, it’s not even a Ford but a rebadged Mazda-B.

There was nothing of the Ford touch in this car with a weak frame, a subpar engine, and almost no hauling or towing power to speak of. It took five years for Ford to make a real Courier on their own, but this still ranks as one of their worst products ever.

Go to any Honda forum, and the consensus is that not only is the 2006 Ridgeline its worst pickup, but it’s also among the worst-made cars in the company’s history. That appearance is baffling as it looks as if it was meant to be a Hummer and then turned into a regular pickup halfway through.

At first, it seemed to be a fine truck, but then the issues started. Over 200 complaints have been logged from steering to fuel consumption, oil leaks, lousy suspension, and more. Honda thankfully improved it down the road, but this year should be avoided like the plague.

Every car company wants to flex itself now and then. But Lincoln quickly discovered that pickup trucks were not their strength. The Blackwood looked stylish to be sure…then folks drove it.

The engine was suitable for high speeds, but the idea of a pickup with a trunk is laughable. Lincoln quickly learned people weren’t interested in a fancy “luxury” ride, with only 3,356 produced. Little wonder they haven’t tried a pickup since.

Naming a truck after a natural disaster is not a good idea. The Avalanche lived up to its title as its problems started slowly and ended in a huge mess. The early models boasted a horrific paint job and some clodding issues.

Then came difficulties with speedometers followed by problems with the transmission and then excessive oil consumption. This truck was doomed from day one.

The major blow was a terrible review by Top Gear noting its subpar engine, high fuel consumption, and weak towing power. Even Subaru’s own website refuses to acknowledge the Baja ever existed.

Next: 15 Pickup Trucks With The Coolest Guage Clusters


Next
12 Mistakes People Make When Buying A Used Jeep

Long-time writer online on sports, celebs, entertainment, etc. Enjoy cars in movies and various TV shows (reality and fiction) and enjoying learning more about them even as I share that with others.