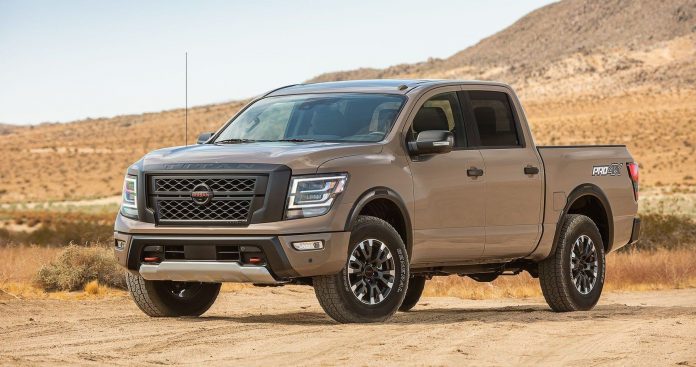 Despite their performance or cool looks, some pickups have always been overshadowed by the more popular choices, leaving them severely underrated.

Pickup trucks embody the spirit of the United States perfectly. They’re big, powerful, and allow the freedom of traveling anywhere at any time of the year. Perhaps, that’s why they’re so popular, as well. Of course, most of the trucks you see are probably going to be Chevrolet’s or Ford’s, but you may well see other companies’ cars out there too.

On the other hand, those who prefer foreign carmakers have always turned to either Nissan or Toyota, both of which offer a great lineup. Trucks such as the Tacoma and Frontier are brilliant and highly sought-after across the globe.

But like with all other segments, the most popular trucks often overshadow the rest, leaving many great trucks severely underrated. That’s what happened to the following 10 pickup trucks.

Despite their cool looks and respectable capabilities, these 10 pickups have always been underrated.

The Nissan Navara is actually the name given to the D21, D22, D40, and D23 generations of Nissan pickups sold in various markets. It’s been around since 1985 but doesn’t get mentioned in the same way as the Frontier does. It’s currently in its third generation, the D23, and its won awards over the years including the 2011 Top Recommended Compact Truck on Edmunds, so it has a good pedigree.

The Syclone confused people initially with its spelling of Cyclone with an “S”, not a “C”. But others loved it for its rather badass looks and the reports that it could do 0-60 in just 4.3 seconds. For a truck, that was incredible, especially one coming in the early 1990s. It’s one of the fastest pickup trucks ever made, which was the main reasoning behind its creation.

The Toyota Tacoma gets a lot of good talks, but the Tundra doesn’t get as much of the rave reviews. This is weird, as the Tundra is a great full-size truck from one of the most reliable car companies there is. It can haul up to 10,200 Ibs and yet its starting price new is only $28,786 so in terms of bang for your buck, you can’t go wrong with the Tundra.

Lamborghini, making a pickup truck? Well, it’s no weirder than them making a fully-fledged SUV, the Urus. The Lamborghini LM002 doesn’t feature anything that different from a standard truck, yet it also has the same capabilities as a standard SUV, something very useful. Oh, and it’s powered by a massive V12 engine as well. Now, you can’t go wrong there.

RELATED: You Can Take These 10 Pickups To Track Day

The Nissan Titan XD deserves a lot more recognition than it actually gets. Powering the latest edition of the Titan XD is the Nissan Endurance V8, a mighty 5.6-liter engine that produces a very solid 400bhp. So you get plenty of power to carry your loads around, and being a Nissan, it’s incredibly reliable and you know it will virtually outlast you.

Sure, the old Ridgeline was definitely not the best pickup you could buy. Heck, it wasn’t even in the top 10. It looked like a Chinese Chevy Avalanche and really wasn’t a hit with consumers. But it seems the model has come full circle, and with the 2019 Ridgeline, Honda managed to stitch up every problem the old Ridgeline had. And though the engine remains a V6, the power output has been bumped up to 280 hp. Unfortunately, because of its history, the Honda Ridgeline is still an underrated pickup truck.

First things first. How good does the F-150 Lightning look? And performance-wise, could you ask for more than 280 hp back in the 1990s? this is one of the best performance trucks ever built with a fantastic 0-60 of just five seconds. The F-150 Lightning is criminally underrated and underappreciated, even in 2020. And it has a very worthy successor in the Raptor as well.

The Chevrolet Silverado gets all of the attention when it comes to Chevrolet trucks. Which is a shame, as the Avalanche is still great and deserves to be more popular. It’s perhaps a slightly odd-looking truck, but according to cars.com, the Avalanche can tow 8,100 Ibs which is very respectable. It may not appear again on the market, following its last year in production in 2013, but as a used truck? It’s still worth getting.

You might not like how it looks, and how beefy it is. But with a 500-hp V10 engine, according to Motor Junkie, can you really go wrong? Motor Junkie also confirms that the truck cost $45,000 when brand new, and it’s bizarre that this truck isn’t spoken about more with both truck and car enthusiasts in general.

This might seem like an odd choice. According to Motor Junkie, the Ford Rancher sold quite well. But this is the GT version that flopped. Possibly because it cost more and required a bit more attention behind the wheel. But with a 400-hp engine and classic looks, it’s now become very desirable and collectible.

Sources: Bring a Trailer, Car and Driver, Hemmings, The Truth About Cars, Supercars

NEXT: 10 Most Beautiful Cars You Can’t Drive In The US

Covering anything from JDM cars to WWII machines. Contributed to HotCars since the Autumn of 2018.