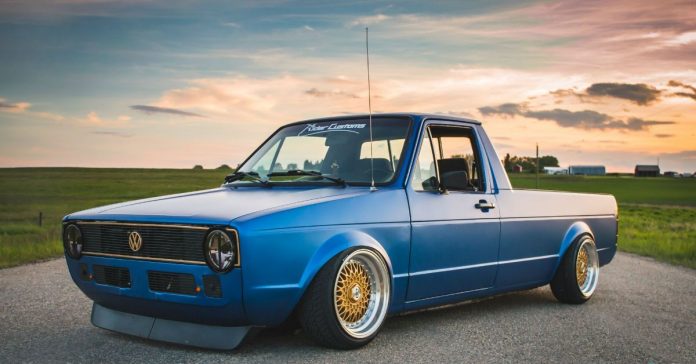 Here is a list of designer trucks that can do light duty hauling so you don’t have to hire someone with a truck to haul your stuff, yet you can still take the kids to sports camp.

These vehicles are too plush and performance-oriented to use as a work truck. Most do a great job of hauling small light stuff, but more than likely you won’t be hauling a chord of firewood in the back.

Available in the early 2000s, this truck was designed to make you look good pulling up to the elementary school while dropping off the kids for school. It is in fact a true half-ton truck, but it comes with a designer bed with faux wood grain and it’s not suited for a front end loader to dump sand or cinderblocks in the back.

It’s more or less a truck version of the Lincoln Navigator SUV. As a designer F-150, you could use it as a truck, but that beautiful body would be ruined.

As the highest luxury level of the 7 or so private-label versions of the Nissan Navaro, this is a rugged truck and can go anywhere without a breakdown. However, its high price tag due to the Mercedes name and luxurious leather interior makes it difficult to carry that load of cement, sand, or drywall in the back.

If you use it that way, there is no doubt it will haul that 1000+ LBS without complaint, but the resale value would be less than a third in 5 years after the truck is all scarred up.

This truck is a serious truck and can be used as such, with one caveat! Can you get parts for it? It is a rebranded Mitsubishi L200 light pickup. However not all Fiat markets support it, and Mitsubishi isn’t strong, either, in certain areas.

If you can get the parts and service for repairs without too much trouble then by all means by one as there is nothing wrong with it. If parts and service are hard to come by, then use it for household goods and weekend warrior duties.

With 16-29 Horsepower depending on the year and that tiny bed, use it to restock your Bodega after a trip to the farmers market, which was the intention of this combination vehicle.

This thing has half the capacity of a Japanese kei-truck, so keep the payload under 250KG and you’ll be ok. 500KG and you’ll most likely be breaking parts. Oh, don’t think about going on the highway. Those tiny wheels don’t get a lot of traction in foul weather so keep it free and easy!

The problem with this vehicle is that it is a Volkswagen. Unless it’s older than a 2010 model, you simply can’t go 60K miles without major parts failure. Unfortunately, the US government killed the last decent VW Diesel Engine with regulations and legal actions.

All of their newer gas/diesel engines from the mid-2000s on, simply break down all the time. It’s a shame because they are attractive.

If you can afford to completely trash a luxury car with a small bed, then go for it. This is a Cadillac that won’t break every 5 minutes. It’s LS V8 powered and shares a lot of parts with the Silverado, but with 30% more power than the standard Silverado.

However, that small bed and all leather interior aren’t exactly prime candidates for carrying paint and drywall on the truck.  If you can tarp everything anytime you load that smallish bed for hauling, go for it. However, if you want to haul those 10 sheets of drywall go with the 1500 truck.

The designer proudly stated it was designed to haul 1 full bag of potatoes, so go with that logic. With only 2 cylinders, you won’t be racing down any road. It’s a city vehicle only and considered very rugged for what it was.

The earlier models had fold-up windows, this one had the more luxurious roll-down windows. Basically this is an upsized Jitney so it should be treated as such.

Whether you had the standard version or the very limited Turbo Version above, this was not a good vehicle. Chrysler installed wiring, air conditioning, and radio built with just enough quality to get past the warranty period before major failures ensued. Yes, if you could keep it running, you could use it as a decent 1/4 ton pickup.

It was as legitimate as the Volkswagen Caddy, which was the inspiration for the vehicle. Actually some of the first few thousand produced actually came with the 1.6L gas engine from the VW Golf, then Chrysler installed it’s own larger version of the same design in 1.8L and 2.2 L versions. The body would hold up as good as any other pickup of that era, but the electrical system was junk.

Plenty of power with either engine. The 6.4 was a screamer. The problem was that Ford wasn’t experienced in building its own diesel and these engines were not robust. Ford broke away from International/Navistar and made their own engines after they stopped installing the 7.3 Diesel engine.

However, these engines were Meme Inspirations because of the high cost of maintenance and the difficulty in maintaining operation above 60K in milage. Many blue books advised dealers to discourage accepting these as trade-ins.

A great looking truck with a fairly rugged body but keep the payload under 300Kg. Why? Because it’s built on the Palio compact car chassis with some upgrades.

One can tell by all the black plastic protect in and around the bed, as long as you keep the payload light, it would be a fine vehicle. Keep it light, keep it right. Remember that suspension is also from a light-duty car as well.

This is a wild muscle machine that is actually a truck version of a homologation-special sedan racer. The turbo I6 makes a solid 436HP at the wheels and the suspension upgrades are meant for high speed turns and late braking into turns.

Yes, the bed will easily hold 600 LBS but don’t push it, it’s not meant for hauling construction or landscaping supplies.  Also, as a sports car ground clearance isn’t too good. Those are pretty awesome special edition factory wheels as well.

This a very collective truck that is on par with the Falcon XG above. It has about the same horsepower that is derived from a 6.2 L LS series engine taken from the Corvette. You wouldn’t want to have more than a soft 6000lb payload, because it’s a sports car with a bed in the back.

The wheels and lighting trim let you know this isn’t a standard performance Holden V8. This one produces double the power of the normal Maloo. It was also sold as a Vauxhall and an Opel. You definitely want to keep it in pristine condition. It’s only got enough ground clearance for hard cornering.

The first generation Ridgeline was the most robust cosmetics carrier ever made. It really should have been offered in Mary Kay Award Pink! They were very well built, but like military tanks, they had no space to carry any cargo. Lots of room for people, heavy-duty everything, plenty of power but a bed that couldn’t carry 5 bags of groceries.

Honda didn’t make that mistake on the second generation version. The second generation wasn’t as heavy-duty, but was much more functional and was almost as big as a short-bed pickup truck. Towing for either version was as good as any half-ton pickup.

A stylish Crossover with a bed, plenty of power, and great looks. Like the Ridgeline it’s for groceries, soccer balls, or girlie things! This one is great on or off-road and it will tow as well as a full-size station wagon.

With the exception of The Galloper, Hyundai doesn’t like to sell light trucks, they like medium-duty and larger trucks. however, for a 1 car family that needs to haul Bar-B-Q items from the store, this could be for you.

Call it what it is. A Mark 1 Golf with either a 50 HP diesel or a 60 HP gasoline engine and a 3/8 ton bed. The vehicle will haul quite a lot, but the cabin is strictly for someone no taller than 5’10” unless you want to remove the seat.

The bodies and engines struggled to last more than 80K miles, and there aren’t too many left unless they spent their lives in warm dry climates among people that were savvy in maintenance.

They are easy and cheap to work on, unlike newer VW products that break in your hands and cost bundles of money to work on. Whether you score one with a 4 speed or the later 5 speed the difference is minimal. Unlike the Golf, automatics were rare!

With a class-leading independent suspension and every engine option imaginable depending on the market and price point, this thing should be a world leader in sales. However, find someone who owns one.

In some African and South American countries, it does sell but VW’s poor reputation for longevity has made buyers wary to take the risk of opting for one. We’d like to see VW do well with it, and they do classify the factory as VW commercial division, but before someone plunks down 40K, they want to know the vehicle will return on its own power. Time will tell.

The preferred vehicle for girls who have girlfriends, it’s even in their commercials. It’s a good stylish carrier for her yacht maintenance supplies and the 7 liters of organic yogurt or the softball equipment for the ladies. That’s the intended market and it’s well respected and will easily last 200k doing so.

It was never for Joe’s handyman service, and Joe probably wouldn’t buy it anyways. The bed is a little small but it’s a converted station wagon so that’s to be expected. Its main habitat is near an Organic Grocery Store.

A small commuter min-truck that is available as a quad cab or regular cab. The quad cab is called a Duster Oroch. It’s based on a compact SUV which isn’t very heavy duty, so keep it limited to a few bags of sand or some groceries.

Renault makes up for small engines by keeping their cars lightweight, but you don’t want to push those 1-1.5 liters engines at 90 miles per hour. Any Renault is actually quite robust if you use it for the designed intent. The bed is a decent size especially for the two-door.

NEXT: 10 Pickup Nameplates That Are Immortal (5 That Got Axed Right Away)

IMPACT OF COVID-19 on Truck Mounted Forklifts Market 2020 Growth of...

The 2020 Ford Ranger is the Most American Made Car