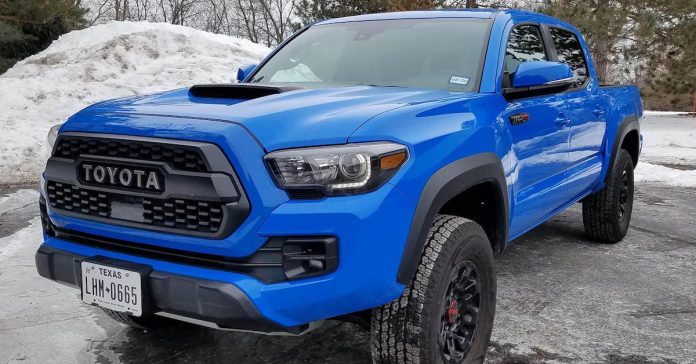 The automobile industry reached record sales of more than 17 million vehicles in 2016, but over the past three years, the sector has been experiencing a slump. In 2019, according to S&P Global Market Intelligence, the non-seasonally adjusted passenger car sales in the U.S. slowed by 10.9% to 4.7 million units, versus 5.3 million vehicles in 2018.

In recent years, truck sales have consistently beaten auto sales. Most Pickup truck enthusiasts know the Ford F-150 tops the list and has been the best-selling vehicle in America since 1982. But how much success have other manufacturers had against the F-150?

To find out, we looked at the total number of units sold for each manufacturer from 2010 through 2019. According to data from Goodcarbadcar Automotive Sales Data and Statistics, these are the best-selling pickup trucks of the last decade.

Pickup truck purists criticize the Ridgeline for its appearance: a minivan look-alike with a truck bed bolted on the back. Furthermore, the Honda mid-sized pickup tows less than most of its competitors, but the cabin is more spacious and better built than any other truck in its class.

Honda took a one-year hiatus in 2016 when it migrated from the first to the second-generation Ridgeline. However, according to Goodcarbadcar Automotive Sales Data and Statistics, over the past ten years, the company still sold more than 195,000 vehicles.

The current GMC truck offers three engines. The base 2.5-liter four-cylinder provides reasonable fuel economy, but the engine is underpowered for many pickup truck towing duties. The 3.6-liter V-6 producing 308 horsepower and mated to an eight-speed automatic transmission gives the GMC excellent acceleration and fuel efficiency with cylinder deactivation. The third option is the 2.8-liter four-cylinder diesel that offers towing proficiency and fuel efficiency as a trade-off for speed.

Over the past decade, GMC sold over 196,000 trucks, slightly more than the Honda Ridgeline.

Although the Ford Ranger was discontinued for several years during the past decade, it makes our list for its sales of 83,000 vehicles in 2019 alone, more than double the sales of GMC Canyon or Honda Ridgeline.

Ford offers the Ranger with several trim levels from the bare-bones XL to the luxurious Lariat. Two body styles and two bed lengths are available. The lightweight XL trim provides a pickup with acceleration among the quickest in its segment, and all trim levels provide ample towing and payload capabilities.

The Titan has a stiffer ride than its competitors, offers only one powertrain, a potent 5,6-liter V-8, and tows less than all of its pickup rivals. However, the state-of-the-art infotainment system and numerous driver-assistance features make it competitive in its sector.

The pickup, with its bold exterior and an upgraded interior featuring supremely comfortable seats, offers a solid alternative to domestic trucks. Over the past ten years, Nissan sold more than 265,000 units.

The 2020 Jeep Gladiator was named the North American Truck of the Year for its iconic design and legendary off-road capability.

Introduced in 2019, the Jeep is powered by a 3.6L V-6 producing 285 horsepower and 260 lb-ft of torque mated to a standard six-speed manual transmission or an optional eight-speed automatic. The Gladiator’s towing capacity is impressive at 7650 pounds when properly equipped, and even the lightweight version can haul a 4000-pound trailer.

The Gladiator sold more than 40,000 units in its first year of production.

The Frontier is the least expensive truck in the midsize pickup truck class. The practical vehicle has changed very little since its introduction in 2004. As a result, the Nissan has fewer features than its competitors but offers impressive tow ratings (nearly 6700 pounds) and affordable off-road models.

In 2018, Nissan equipped the truck with a standard rearview camera and Bluetooth, and in 2019 added a standard 7-inch infotainment screen.

Nissan sold more than 665,000 Frontier pickup trucks over the past ten years.

The Colorado is a versatile pickup truck that appeals to a wide range of buyers. Offered with two cab sizes and two cargo-bed lengths, the truck is available with several engines. The standard engine is a four-cylinder, while options include a lively V-6 and a fuel-efficient diesel (exclusive to its class) that tows a best-in-class 7700 pounds.

Chevrolet sold more than 670,000 Colorado trucks over the past ten years.

The Tundra is powered by a 5.7-liter V-8 and boasts a long list of standard features, including driver-assistance technology that offers automatic emergency braking, adaptive cruise control, and lane-departure warning.

The TRD Off-Road package includes upgrades such as Apple CarPlay, Android Auto capability, mobile hotspot, and a bigger touchscreen with navigation. Add skid plates, off-road shock absorbers, a larger fuel tank, 18-inch wheels with beefy tires, and the Tundra is an impressive off-road vehicle. Many buyers agreed, purchasing more than 1,088,000 Tundra trucks over the past decade.

The pickup delivers a smooth ride and a maximum towing capacity of over 12,000 pounds. The interior is attractive, has intuitive tech features, and offers plenty of passenger space.

Affectionately called the “Taco,” the Toyota Tacoma is the top-selling midsize truck in the U.S. The smaller dimensions, and renowned reliability have made the Toyota a significant alternative to full-size pickups. The vehicle boasts more standard driver assist features than any other mid-size pickup, including Apple CarPlay and Android Auto capability and a straight forward infotainment system.

The Tacoma is a tough and versatile pickup truck without a focus on fuel-efficiency and driving refinement that gives its more adventurous buyers a top-rated off-road vehicle.

The Ram 2500 Power Wagon outsold the Chevrolet Silverado for the 2019 model year, but over the last ten years trails the Chevy with more than 4,162,000 trucks sold.

Car and Driver named the Ram 1500 to their 2020 10Best list and described the pickup: “The choices of drivetrains and equipment make it easy to find a version suited to weekend household chores, off-road fun, or serious towing and hauling. The Ram 1500 isn’t just a great truck; it’s a great vehicle…”

RELATED: 15 Photos That Show How RAM Trucks Have Changed Over The Years

The Chevrolet Silverado is one of the most recognizable pickup trucks on the road, and with more than 5,168,000 units sold, places second only to the Ford F-150 trucks on the list of best-selling pickups in the last decade.

The half-ton Silverado offers several powertrain options that are highlighted by the quick and powerful 6.2-liter V-8 with 10-speed automatic transmission and the high-torque, fuel-efficient Duramax diesel.

While the Silverado is a more-than-capable off-road vehicle, for the asphalt, it features high-tech driver assists such as lane-keeping assists and adaptive cruise control.

RELATED: 15 Chevrolet Pickup Trucks That Will Go Down In History…For The Wrong Reasons

The Ford F-150 heads every vehicle magazine’s list of best pickup trucks for a good reason.

The Ford pickup is the total package: It has a comfortable interior, offers plenty of user-friendly technology, has superior towing and hauling capabilities. What’s more, the F-150 consistently earns an outstanding predicted reliability rating. Perhaps the only weakness is an interior less luxurious than some of its competitors.

The Ford F-Series truck tops our list, outselling all of its competitors with sales over the past decade of 7,627,000 trucks.

NEXT: Ranking The 10 Best V6 Pickup Trucks Of All Time (And The 5 Worst)

Jeff has a degree from U.C. Berkeley in Mechanical Engineering. He has a passion for automobiles and has written hundreds of published articles on every facet of the automobile industry. He has written articles on a variety of subjects including travel destinations, sleep disorders, electrical equipment, heat exchangers, and construction. Jeff has also written a book about a two-year experience as a volunteer living in Italy. His favorite pastimes include travel, reading, golf, tennis, and surfing.