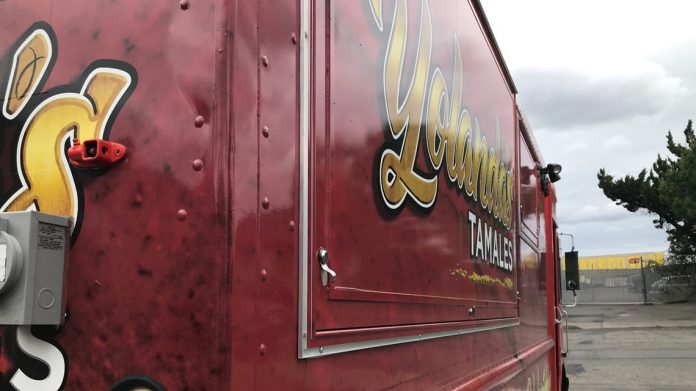 The Sacramento Police Department said between March 16 and April 19, 121 burglaries were reported by city businesses.

SACRAMENTO, Calif. — As if temporarily closing isn’t hard enough, now small business owners are having to worry about being targeted by thieves.

Standing next to his food truck, Andres Yanez the owner of Yolanda’s Tamales Restaurant says two thieves tried to steal the generator of his food truck parked outside his restaurant.

That happened Monday night. Last month, Yanez said someone broke into his restaurant and walked away with thousands of dollars in gear.

“Everything I use for the farmers market. My grills, my propane, the tables, a bunch of tools that I had,” Yanez explained.

Yanez says his family business is barely staying afloat, and if the thieves would have gotten away with the generator, he would have had to close.

“We wouldn’t be able to work without it,” says Yanez


A few miles away in Midtown Sacramento, Art Luna, the owner of Luna’s Cafe and Juice Bar, said someone broke into his place on Monday and stole items including a beer sign.

“I’ve been in business here for 37 years, and I’ve never experienced anything to this level,” Luna said. “It’s heartbreaking like how somebody can do this.”

Luna says because of the novel coronavirus, his cafe and music venue has been closed for weeks.

The Sacramento Police Department launched an online business registry for businesses to report when they’ve been burglarized.

Between March 16 and April 19, 121 burglaries were reported by small businesses.

Yanez has since put up cameras around his business.

For Luna, while he says his insurance is not covering the break-in, the community has donated more than $7,000 to the cafe.

“This really brings me to tears,” Luna said. “It’s a very emotional thing.”

►Stay In the Know! Sign up now for the Daily Blend Newsletter

Five months into COVID-19: Are you surviving or thriving?