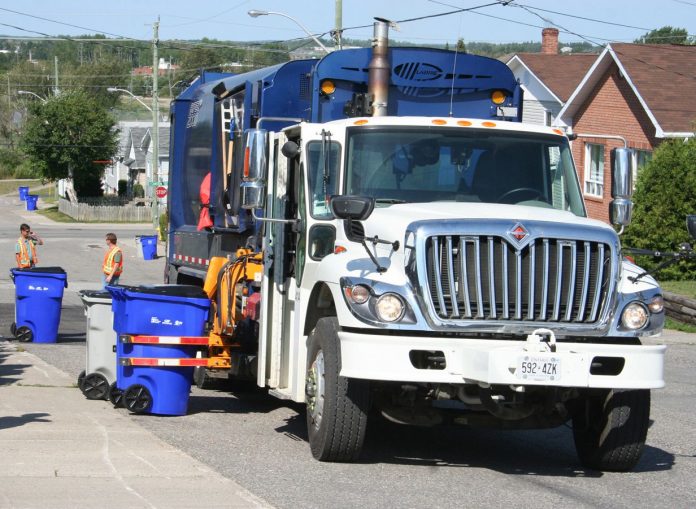 City council approved the purchase of the vehicles from Cambridge-based Shu-Pak Equipment Inc., at a cost of $630,000, plus HST, during Tuesday’s meeting.

“In 2019, we lost one of our units to a fire and we are looking to replace it, as well as downsize the sanitation fleet by one unit, replacing two of the oldest, most problematic units,” said Gord Deacon, the city’s manager of purchasing and fleet.

“The tender we are looking at tonight is the lowest compliant tender of all the bids we received.”

Ward 4 Coun. John Curley wondered if the insurance from the truck destroyed by fire would be used as part of the purchase for the two new trucks.

“Where does that come in to play?” he asked.

Deacon replied, “We received two-thirds of the value of a new truck through the insurance process and we will be applying that to this purchase.”

To further clarify, Curley said, “So, we are really purchasing one-and-a-third with actual new moneys?”

Deacon assured him that is indeed the case.

Curley further enquired, “So, they will be similar to what we are using today for our garbage and recycle pick up?”

Deacon replied, “Correct, it will just be a different manufacturer. Same functionality, though.”

That raised another issue with the Ward 4 councillor.

“I remember in the past it used to be recommended to try and stay with the same fleet so we don’t have to carry parts for many different pieces of equipment,” Curley said.

“So, are you getting away from staying with the same piece of equipment?”

Deacon replied, “One of the things we found with the existing fleet was one of the parts we seemed to be changing an awful lot was the complete arm assembly.

“The amount of parts that wound up getting stocked or inventoried was actually proven to be fairly minimal and we could get the parts overnight from Barrie, so it was basically just in time type of inventory.”

In response to a further question, Deacon noted the delivery date for the two new trucks will likely be in “four to five months.”

“So, we will be into the start of the new year,” he said.

Once the new trucks arrive, it was indicated those being taken out of service will be sold off through the city’s online auction platform.

That prompted Ward 3 Coun. Joe Campbell to inquire about what kind of market there might be for used waste disposal trucks going forward.

Deacon replied, “We have probably sold three to date, through the online auction. Private contractors tend to take them. The last two I think we sold to somewhere in the Kitchener area.

“They came right to our door, picked them up.”

Campbell said, “This might be a tough question, but what do you think we could get dollar wise for them moving forward, based on past history?”

Deacon replied, “Yes, that is a very tough question. It is based on the supply and demand of the market at any particular time.

“Historically, these three units we are talking about here. The one that burned and the two we are looking to replace have had problematic engines. So, some of these contractors know that and some will want to know the history of the repairs that we done to them.

“It is kind of a hit and miss thing. We can put a reserve dollar amount and then it is up to us whether we accept it or not.”

Meanwhile, Ward 5 Coun. Kristin Murray wondered if there was any consideration for future composting efforts with the purchase the two new trucks, especially given council had approved a composting feasibility study at its previous meeting.

Deacon said, “With these trucks, no. It is my understanding that would have to be a separate truck.”