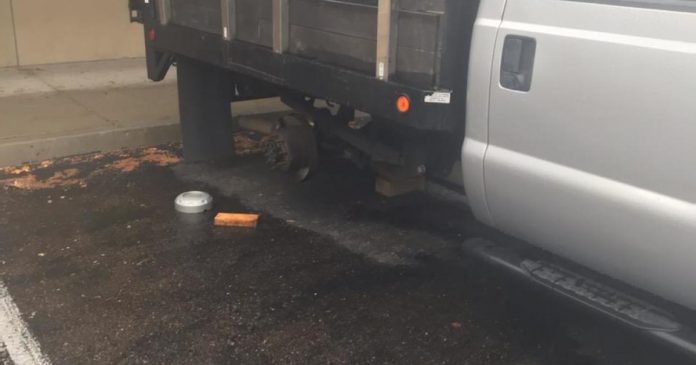 SAN DIEGO (KGTV) – Two tires were ripped out of a food truck, belonging to the Salvation Army. The truck was discovered on blocks and the two tires missing Easter Sunday, just as workers were getting ready to take the truck on a food pick-up and delivery.

The Salvation Army replaced the two commercial-sized tires for about $1,200.

“The funds we were forced to use to replace the tires could have procured 9,120 lbs. of food from the San Diego Food Bank, food that is desperately needed,” said Salvation Army Officer, Major Rick Peacock.

The Salvation Army Kroc Center has served nine times the amount of families it helps typically since the beginning of the COVID-19 pandemic.

The vandalized food truck had picked up over 5,000 pounds of food from warehouses and made an additional nine bulk food order trips to their local grocery stores to help local families in need during the pandemic.

The Salvation Army’s funds were also affected by the pandemic, so they say replacing the tires have squeezed their budget.

The Salvation Army is asking for the public to help by donating online or mail a check to 6845 University Avenue, San Diego, CA 92115.

Children study in back of truck in virus-hit Mexico