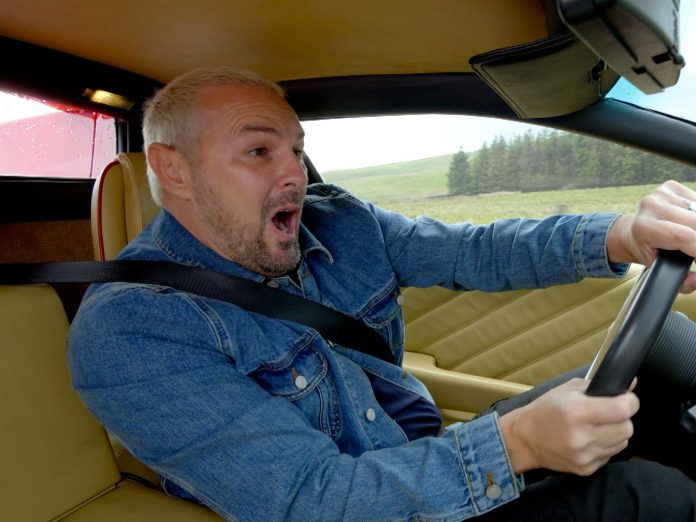 Fans get their first glimpse of Paddy McGuinness’ high-speed crash in the trailer for the new series of Top Gear.

The co-presenter, 47, made headlines in June when he lost control and spun while driving a red Lamborghini Diablo.

The one-minute teaser sees McGuinness head off track before the screen cuts to black and viewers see the vehicle being carried away on a flatbed truck.

Filming for the new series resumed in June, with the BBC confirming “strictly limited” crews would be used.

In other clips, they face a ski slope in Cyprus in 30 Euro holiday hire cars and race around an empty Alton Towers Resort in the latest electric models.

Top Gear will move from BBC Two to BBC One for the upcoming series, after its latest presenting line-up proved a ratings success.