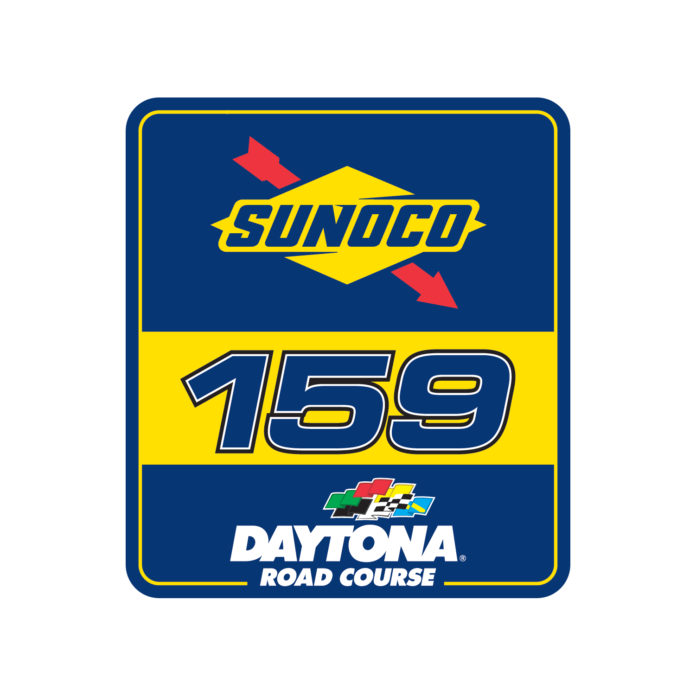 DAYTONA BEACH, Florida (August 14, 2020) – Hattori Racing Enterprises driver Austin Hill was made available to media via videoconference in advance of the race at the Daytona International Speedway Road Course:

Can you talk us through your preparation for the Daytona Road Course?

“I’m very excited to get out there and hit the race track. It’s going to be interesting with really nobody ever being around that place and having no practice. That’s going to be pretty wild. I’ve went back and watched a lot of YouTube videos, a lot of IMSA races, stuff like that, just trying to look at, basically, the race track and how it’s laid out and just try to figure out how I want to enter each corner. I really looked at the map a lot. I’ve done some stuff on iRacing and some Toyota sim stuff. I’m doing basically all I can do without us having practice, just really trying to focus on the map and just trying to put in my mind how each turn is so I know exactly how to approach each turn.”

It looks like there is seven-to-eight guys who have never driven a road course in anything. What do you think that’s going to do to the dynamic?

“It’s going to be wild. I think in the Truck race, hopefully, the first lap or two, everyone takes it easy. If you look at year’s past at just road course races in general, a lot of people are really aggressive, just trying to get to a good spot. I wouldn’t be so sure that we won’t have a caution on the first lap. It’s going to be a big unknown. It’s nice that I’ve ran some road course races. I ran Canada last year and the year before that, so I do have some road course experience, and have ran fairly decent, so I think that’s going to play a little bit of advantage just because I’ve been around road courses and the downshifting and how to approach corner with your braking and everything else. The guys that have never done it, I definitely feel for them, especially without practice or anything to go off of. That’s definitely going to be a tall order and a task for them.”

Have you had time to assess where you are at heading into the postseason?

“I think we are in a really good spot. We’ve shown speed each and every week. Our goal was to be able to compete and to be a top-five truck each and every week, and I feel like everybody at HRE (Hattori Racing Enterprises), Scott (Zipadelli, crew chief) and all of the guys, have done that basically every weekend. We might start out and be in the back half of the top-10, but me and Scott, we’ve been really good working together, making the right calls and adjustments, that way at least by the end of the race, we are fighting for a top-five, and fighting for the win. I really feel like we are in a good spot. If you take away where we finished last weekend, and if you take away the Texas deal, where we had the engine issue, we’ve been competitive, we’ve been a top-five truck basically every week. We’re just showing the consistency that we have. I think that we are actually in a really good spot. We have a really good chance at these Playoffs. It’s going to be all about staying consistent. If you can win a race, that’s great, but the biggest thing is just staying consistent, get stage points. That’s really the only thing that we haven’t done this year is getting stage wins that we would like. I think we only have like one stage win this season. That’s really the only thing that we’ve been talking about, and trying to check off that box a little bit better is trying to be a little bit better earlier in the race, so we can at least get one or two stage wins throughout a race to help us when the Playoffs start.

Where would you stack up the Daytona Road Course on the most challenging things you have done in your career?

“It’s got to be right up there at the top. It’s going to probably be the most challenging thing I’ve ever done just because we’re not going to have any practice. If you would have told me that we would have had five laps of practice, then I would have said it wouldn’t have been that bad just because you can at least see the race track, shake your truck down a little bit for five laps and be okay. But the fact that we are not going to have any practice, and just line them up, and take one or two pace laps around the truck to kind of get familiarized with it, and then drop the green flag off into turn one, not knowing what is to be expected, that’s a really tall order. We feel like the things and the preparations that I’ve done in the sim and everything else with Toyota that I kind of know where my shift points are going to be and what gear I’m going to be in in certain corners, but you don’t know until you get to the race track for certain. A lot of big unknowns. It’s going to be exciting, but it’s definitely going to be challenging. It’s nice that we are starting up front. Hopefully, we can just stay up there. The biggest thing is just getting single-filed out and just trying to stay in that top-five and feel your truck out the first five or so laps and see where you are at with things and start making a plan with your crew chief on what adjustments you need to make or if the splitter is too high or too low, things like that. A lot of big unknowns and the biggest thing is going to be you and the crew chief being able to diagnose what the truck is doing to make it that much better throughout the race. If you can do that better than everybody else and just stay on track, you are going to have a good day.”

Could you provide us an update on what you are working towards for next year?

“As of right now, we don’t have anything in the works. We’ve been talking with a lot of our partners and sponsors, United Rentals, is a big sponsor for us, and one of the biggest sponsors I’ve ever had, so we’ve been talking with those guys and trying to figure out what the plan looks like for next year. We are still working at it. We’re at a point in the season where we are trying to slowly just figure it out. I’m just happy to be in the position I’m at. We will see what next year looks like. I don’t know what the future holds as far as Truck racing, Xfinity racing or anything like that, I’m not real sure there. It’s still kind of a big unknown, but everything is looking okay. I think next year’s going to be a good year. We just have to figure out what we are doing.”

Toyota (NYSE:TM) has been a part of the cultural fabric in the U.S. and North America for more than 60 years, and is committed to advancing sustainable, next-generation mobility through our Toyota and Lexus brands. During that time, Toyota has created a tremendous value chain as our teams have contributed to world-class design, engineering, and assembly of more than 40 million cars and trucks in North America, where we have 14 manufacturing plants, 15 including our joint venture in Alabama (10 in the U.S.), and directly employ more than 47,000 people (over 36,000 in the U.S.). Our 1,800 North American dealerships (nearly 1,500 in the U.S.) sold nearly 2.8 million cars and trucks (nearly 2.4 million in the U.S.) in 2019.

Through the Start Your Impossible campaign, Toyota highlights the way it partners with community, civic, academic and governmental organizations to address our society’s most pressing mobility challenges. We believe that when people are free to move, anything is possible. For more information about Toyota, visit www.toyotanewsroom.com.

The views and opinions expressed in this article are those of the author and do not necessarily reflect the official policy or position of SpeedwayMedia.com.

The Latest: India touts gains in curbing virus with lockdown